Motorsports fans, heads up! On May 26 to 27, 2018, all roads will lead to the Clark International Speedway (CIS) in Pampanga for the first ever Philippine leg of the Federal Tyres King of Nations ProSeries, dubbed as KONPH2018.

This announcement came after the event’s press launch during the recently concluded Manila International Auto Show. As proposed, it will serve as the last of 3 rounds of the series’ Asian legs called King of Nations Asia ProSeries, with the first 2 rounds taking place in Thailand.

In detail, the Federal Tyres King of Nations ProSeries is one of the biggest drifting championship events in the world today. It took flight in 2012 and has since then attracted 25 members, representing their respective countries. It also participates in the Drifting Work Group of the Fédération Internationale de l'Automobile’s (FIA), a global motorsports governing body. On top of that, it serves as a kind of middleman between the FIA and the World Drifting Association.

Being the most sought after international drifting event that it is, many of the sport’s big names are a common sight here. These include Japanese drifters Daigo Saito, Hirohide Tanaka, Keiichiro Kadekaru, and Toni “HalfBreeds” Arakaki. This comes as no surprise as the sport of drifting originated in Japan during the ‘80s with the Drift King Keiichi Tsuchiya and the Initial D anime/manga pushing it to global popularity. Joining them are such names as Davide Daevil Dorigo (Thailand), Nasser Almutairi (Kuwait), and Zai “BullZai” Hamdan (Malaysia).

The Philippine leg of the Federal Tyres King of Nations ProSeries 2018 is made possible by its sponsors Federal Tyres, ST Suspensions, Remus, Autophile, Autoplus, Motul and Fontana Leisure Park. It will be sanctioned under the watchful eyes of the Automobile Association Philippines (AAP). 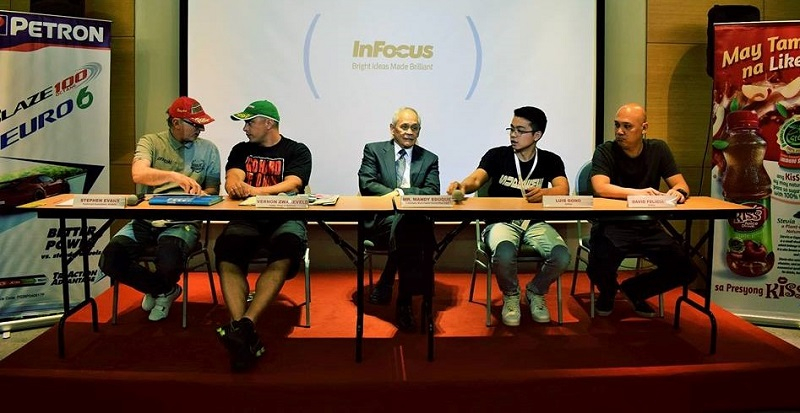 “The Automobile Association of the Philippines looks forward to the staging of the King of Nations drifting event on May 26 to 27. This will be the first drifting event in the country to be sanctioned by AAP since the FIA accepted Drifting as an accredited motor sport event only last year,” said AAP Motorsports Chairman Mandy Eduque.