It was a show of skills and excellence as Isuzu Philippines Corporation held this year’s edition of its Isuzu Service Skills Olympics at the Isuzu compound in Binan, Laguna.

The latest staging of the skills competition saw 24 teams vie for the coveted titles in the Service Technician, Service Advisor, and Parts Analyst categories. There were even three new dealerships that joined the fray—Isuzu Sta Rosa, Isuzu Batangas, and Isuzu Cebu.

Each participant underwent a series of challenges in both the written and oral competitions. The various challenges are designed to bring out the best in each participant, recognizing the vital role that the service team plays in ensuring that each Isuzu vehicle stays in top form for years to come.

At the end of the contest, winners from various Isuzu dealerships across the country emerged. They were: Service Technician category -- Jonathan Mediona and Arniel John Alom of Isuzu Davao (2nd runner up); Crispin Maldonado and Jumar Verano of Isuzu Pasig (1st runner up); Ahrjay Pulvera and Reynaldo Gepulle of Isuzu Alabang (champion).

Isuzu Pasig came out as the Grand Chapion.

The winners will then go on to compete in the Isuzu World Technical Competition that will be staged in Thailand for the Light Commercial Vehicle category in September, and in Japan in December for the Commercial Vehicle class. IPC has been placing fifth or higher since 2015. 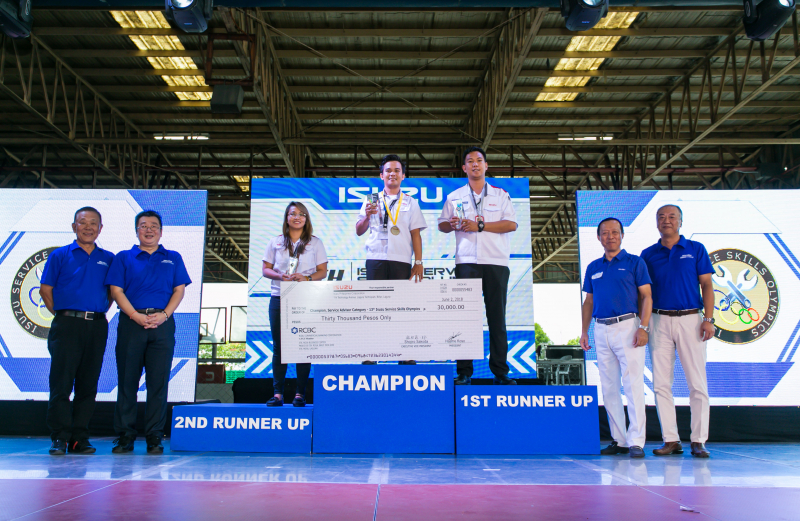 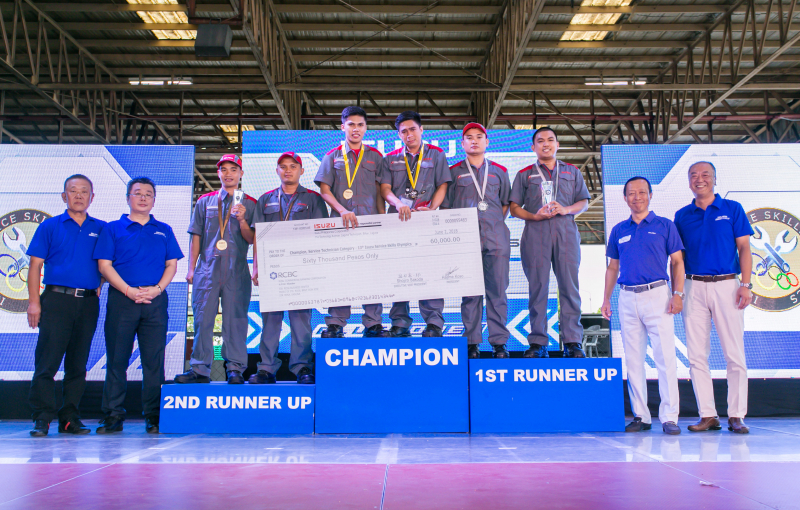