As Toyota Motor Philippines celebrates 30 years of giving the Filipino world-class vehicles and after-sales service, the Japanese auto giant revs up for a grand party this July. The Toyota Music Fest, which will happen on July 28, 2018 at the Filinvest City Event Grounds in Muntinlupa City, will be one grand party filled with music, a new ride from Toyota, and a whole lot of fun.

The Saturday affair that will begin at 2pm will bring together 14 of the hottest bands in the local music scene. Acts like Parokya ni Edgar, Spongecola, Hale, 6Cyclemind, Callalily, Ebe Dancel, Silent Sanctuary, Rivermaya, and many others will serenade guests as they party til night time.

In true Toyota fashion, Toyota will show off the all-new Vios at the event. Yes, the country’s best-selling passenger car now sports a more sporty and youthful vibe for its fourth generation. Get to see what’s new and what it has to offer for its latest iteration.

So head over to the Filinvest City Event Grounds on July 28 to catch the Toyota Music Fest. Admission is absolutely FREE! For more details, check out Toyota Motor Philippines' Facebook Page.

(Oh hey, it's also the second race of Vios Cup! See you there!) 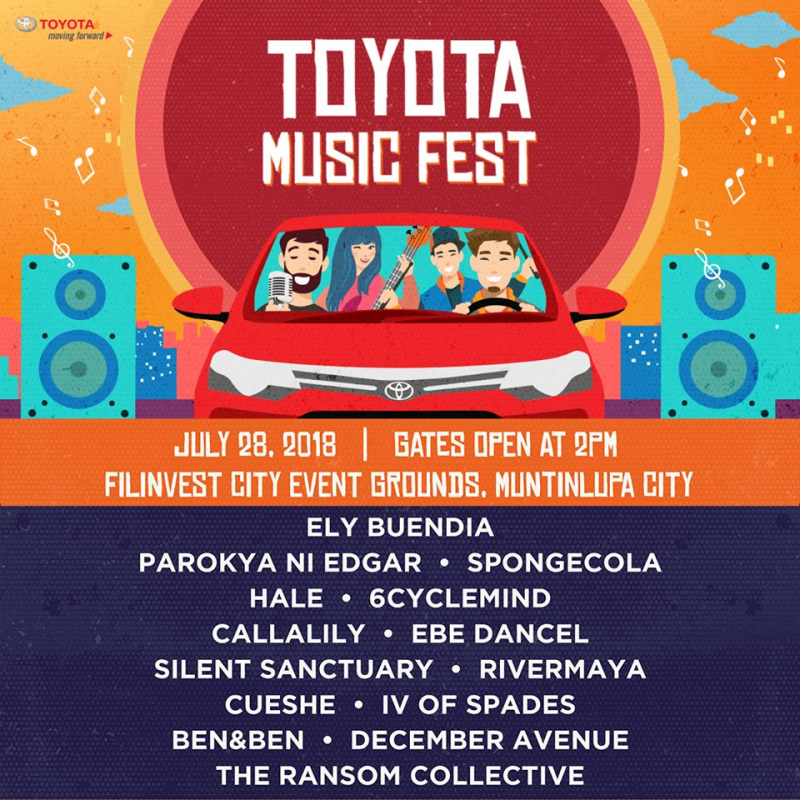