A few days ago, Kia gave the world a taste of things to come via the new Picanto X-Line crossover.  The little urban warrior combines the easy-to-maneuver dimensions of the Picanto with the striking design of a crossover. Apparently, the Korean carmaker was just warming up.

What you see in photos here is the upcoming Kia Proceed Concept, which is set to be unveiled at the Frankfurt International Motor show next week. A quick glance at the concept car reveals a striking profile that has never before been seen on Kia vehicles.

The extended hot hatch design hints at the future of the pro_cee’d model that is being offered in Europe. The low and lean look is accentuated by sporty touches like muscular fenders, a low-slung roofline, a SharkBlade at the side of the vehicle, a GT logo, and six-spoke alloy wheels, just to name a few.

A notable feature of the Kia Proceed Concept is the illuminated greenhouse. This cool feature works in the same way as daytime running lights and headlights that light up when the owner approaches the vehicle. It’s just one way Kia plays with light.

Despite all these cool concept touches, Kia designers in Europe have not forgotten to incorporate the brand’s signature styling cues. The Tiger Nose grille, roofline glazing, and the Stinger-inspired hood are all present in this Lava Red number.

The Kia Proceed Concept will debut at the Frankfurt International Motor Show on September 12. 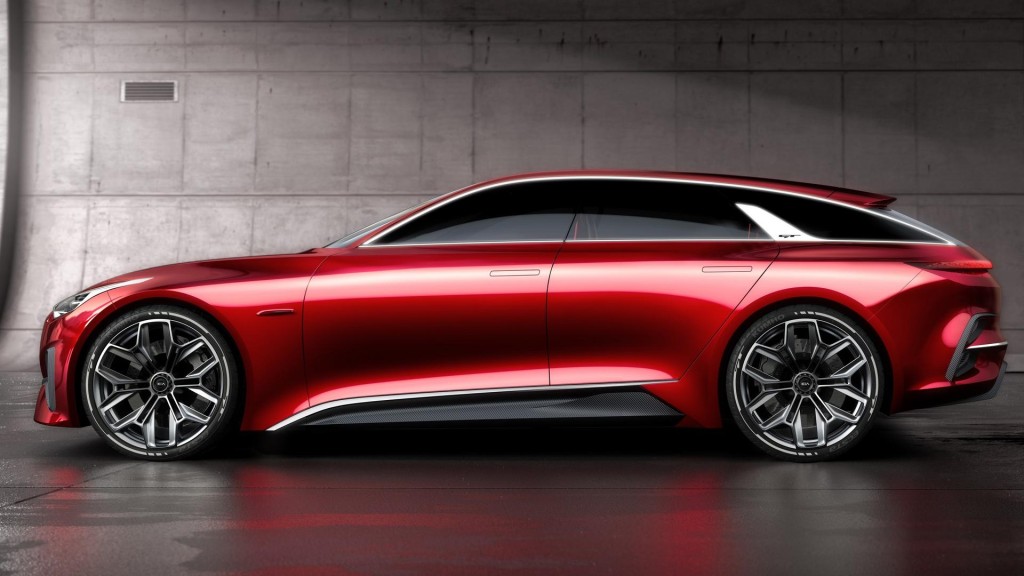