It was sort of déjà vu for the reigning champion Cleanfuel-Motul Racing Team after an intense 96-lap finish at the recently concluded 2019 Giti Formula V1 Ultra 4-Hours Endurance Race held in Clark International Speedway in Pampanga.

Cleanfuel-Motul Racing car number #17, driven by the veteran karter/racing phenom/champion trio of Luis Gono, Ryo Yamada and Naoki Koizumi, was declared as the event’s overall champion with a total time of 4:00:12.93.

After repeating its win last year, Luis Gono, who spent his birthday on the racetrack, took full control and went wheel-to-wheel against top-caliber seasoned racers like Tyson Sy of Edgesport Racing and Estafano Rivera of Toyota Otis Obengers.

Despite his one-year absence on the race track, Gono drove the green Cleanfuel Formula Vita winning car and completed 1 hour and 40 minutes with only 30-minutes seat time before the race.

“Being absent for almost a year was definitely a tough obstacle to overcome. Although due to strong determination and having the support of a great team, I managed to clock-in quick lap times and we finished first,” said Luis Gono, Cleanfuel-Motul Racing Team ace driver.

With a total of 61 drivers and 21 cars, Cleanfuel-Motul Racing Team showcased an outstanding race from the beginning to end. “We started strong with Ryo and when Luis took over the wheel from Naoki Koizumi, we were in crucial fifth place position. We were confident that he can make up and run smoothly and avoided some penalties,” said Carlos Gono, AutoPlus Sportzentrium head honcho and father of Luis.

“I admire Luis’s dedication to his sport. He drove here straight right after his class.  Despite not racing for a year and focusing on his studies, he was able to make it and dominate the race. I’m proud of his accomplishment,” adds the elder Gono.

“This is a major test for the team as we conclude and cap off the 2019 Formula V1 Endurance Race. We’ve raced with world-class champions like Tyson Sy, Daniel Miranda, Estafo Rivera, Alex Brown, Stefan Ramirez, and more. There are many lessons to learn from this race and also exciting memories to cherish. I am proud that Cleanfuel-Motul Racing Team exemplifies true sportsmanship whether we are on podium or not,” said Marco Atienza, Team Manager of Cleanfuel-Motul Racing Team. 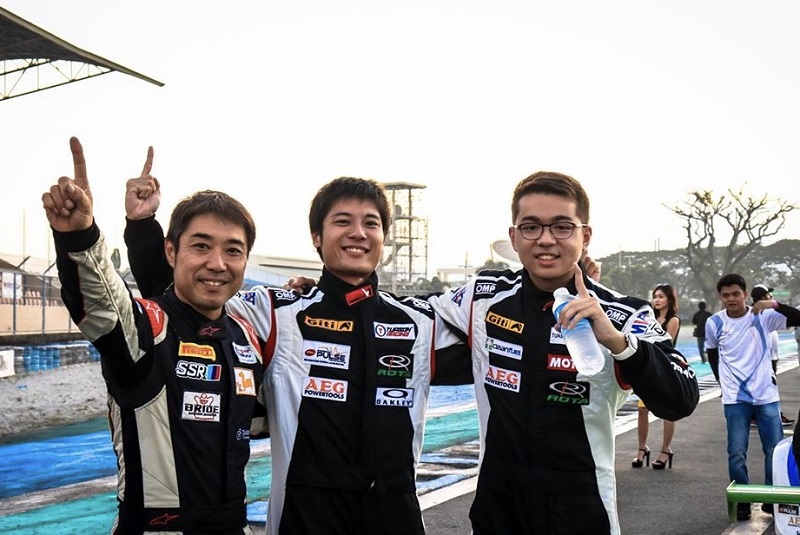