Leading Independent oil company Cleanfuel opened the latest member of its retail network in the country’s premier destination hub of trade and commerce and several other major industries—Batangas City.

Situated along the busy street of San Jose-Ibaan Road in Barangay Balagtas Batangas City, the 2,500 square-meter station connects to the South Luzon Expressway (SLEX) and 42-kilometers Southern Tagalog Arterial Road (STAR), providing easy access to motorists traveling towards the road of Maharlika Highway at Santo Tomas in Lipa, Ibaan-Batangas City, and the rest of Calabarzon.

The newly opened Batangas station adds to the other Cleanfuel branches in the province including the ones in Calaca, Lipa, and Lemery, providing more Batangueños an affordable yet premium fuel in their daily drives.

Aside from the residents and the thriving businesses in the area, the recently-opened Cleanfuel station is also set to cater to the heavy trucks going to and from the Batangas International Port—considered one of the busiest passenger and container terminals in the country.

Batangas City is known as the “Industrial Port City of Calabarzon” and is one of the fastest urbanizing cities in the Southern most edge of Luzon. Aside from being an industrial and infrastructural zone, the Southern Luzon city is also at the center of marine biodiversity and houses historical landmarks and cultural heritage buildings.

“As we look at 2021 being the time for recovery, we would like to share our strength in giving quality fuel for less in this area where commerce has constantly been thriving in keeping the economy afloat,” Cleanfuel president Atty. Bong Suntay said.

With the station inauguration, Batangas City will now be given access to Cleanfuel’s products such as Clean91, Premium 95 and Euro-4 diesel. But top-caliber fuels are only part of the service that Cleanfuel prides on. Customers can also enjoy the first-class amenities such as clean and spacious air-conditioned restrooms, credit card facility, and air and water services. 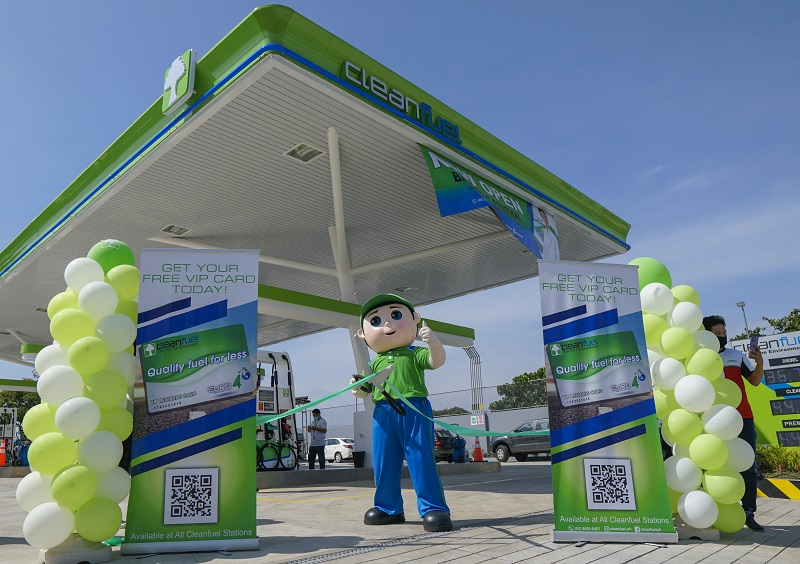 Apart from that, Cleanfuel also offers the VIP reward cards that are given to motorists for free to help patrons further enjoy brand’s customer rewards program filled with numerous, giveaways and discounts with partner establishments. The chief executive of Cleanfuel assures that Cleanfuel Batangas City is just the opening salvo to the numerous programs that the company has in store for the year. “Our drive to serve more and more Filipinos through our affordable yet reliable product portfolio never ceases,” Suntay added.

“The successful opening of our newest station in Batangas City is a testament to our continued growth and commitment to customers providing an affordable yet premium fuel for less. We look forward to sharing our growth with you, and help us maintain, if not improve, our high quality services and stations patronized by many motorists, in support of our brand,“ explained Suntay.