And what a challenging round that was, as evidenced by the struggles the Cebuana Lhuillier-backed racing team had early on during the qualifying session. Miranda’s #20 Hyundai i30 N TCR race machine faced some hurdles in terms of set up. The team, and Miranda himself, admitted that it took them a number of sessions to dial in the right settings. But once all things were in tune, Miranda was able to land 8th on the starting grid.

Miranda started off Race 1 as usual, all pumped up and hard-charging. He even scored 6th position during the opening lap. The young gun valiantly defended the position as best he could, but his i30 N’s tires didn’t go the distance quite well. Miranda felt that, thus forcing him to nurse the tires ‘til the chequered flag. As a result, he completed the race 9th overall, but was still able to place 2nd among his fellow Asian drivers.

In Race 2 the following day, Miranda stepped up his game by challenging the top runners from start to the closing laps. Coming off the line in 3rd, Miranda went on to grab 2nd place in Lap 1. He would secure that position, and was even on the move to take the lead several times. But he lost quite a bit of momentum during the closing stages. Capitalizing on this, his rivals moved in to take command, leaving him in 5th until the end. Even so, he was still 1st among his fellow Asian drivers. 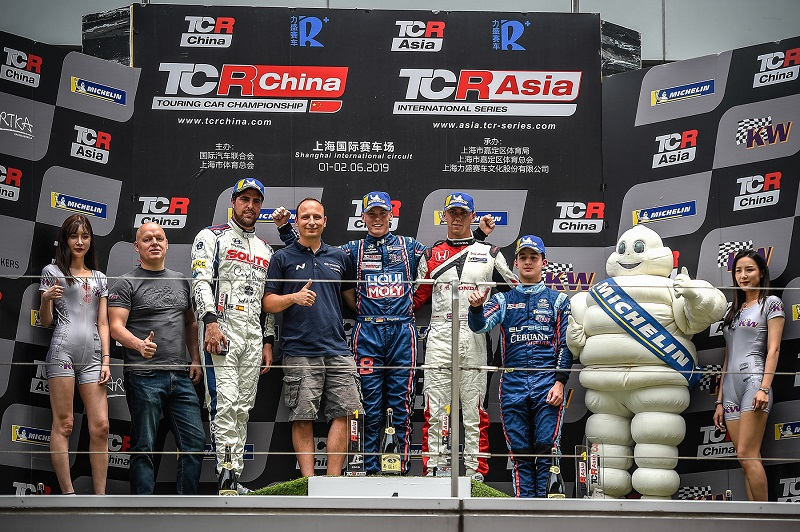 After Round 3, Miranda sits 4th in the overall championship standings. He also enjoys a hefty 29-point lead over his fellow Asian drivers. The 2019 TCR Asia Series will take a month long break, but will be back on July 5 to 7 for the 4th and penultimate round at the Zhejiang International Circuit in China.