(Top photo: The taillight of the next-gne Subaru Forester)

With exactly two weeks to go before this year’s New York Auto Show, which opens on March 28, 2018, it looks like there will be a Compact Sport Utility Vehicle (CUV) offensive taking place in the Big Apple. More specifically, two Japanese carmakers revealed one after the other that they will be bringing out the next-generation models of their erstwhile CUVs.

First up was Toyota Motor Corporation. The Japanese giant released a teaser image of its fifth-generation RAV4. While not too many details were revealed, the photo showed off a sleeker profile with a tapered rear end. We’re also guessing that this model will be larger, not to mention pack the latest in safety tech such as Toyota Safety Sense.

Later in the day, Subaru Corporation likewise came out with a teaser shot and announced that it will be unveiling its hot-selling Forester at the New York show. Now also on its fifth iteration, the Subaru teaser didn’t exactly reveal anything about the new CUV—save for a taillight which possesses the C-shape and wraparound treatment of models like the new XV.

Speaking of the XV, the new Subaru Forester will most likely ride on the new Subaru Global Platform that underpins the Impreza and XV. It would also get Subaru standard fare such as the four-cylinder boxer engines, Symmetrical all-wheel drive, and the EyeSight safety suite.

At this point, that’s all we can tell you. Do stay tuned as we bring you the lowdown on these new CUVs once the covers are pulled away in New York. 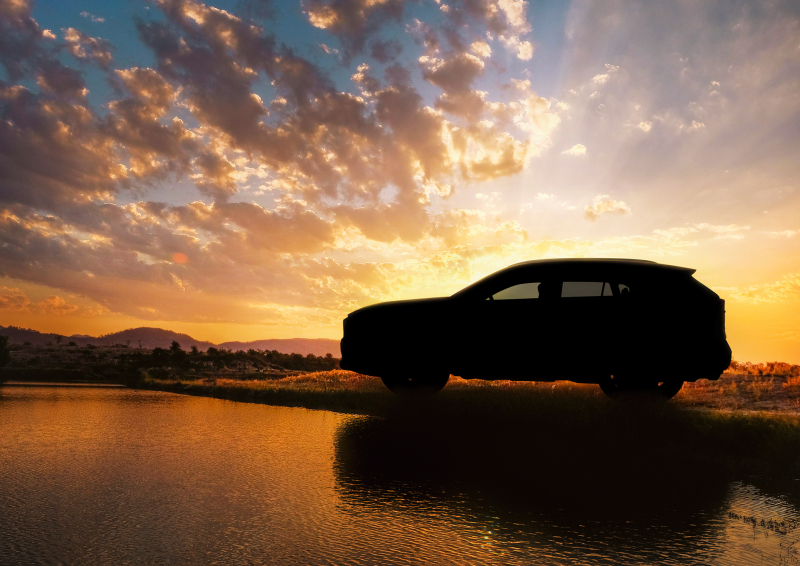 The profile of the fifth-generation Toyota RAV4