Team Eurosia Motorsport’s Daniel Miranda made the Philippines proud once more in style. The reason being is that the young ace driver from Cebu landed 2 consecutive podium finishes during the final round of the 2018 Asian Formula Renault Series held last September 28 to 30 at the Sepang International Circuit in Malaysia.

Right from the qualifying heats, Miranda showed his true grit by landing 4th place. Evidently, his experience in Sepang during the previous round greatly contributed to his valiant effort in mastering the 5.5 km-long Formula 1 circuit. 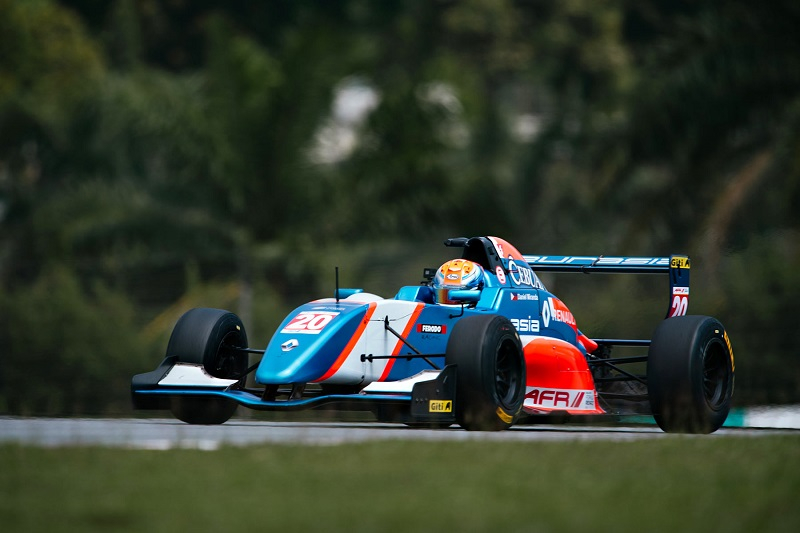 Sharing the 2nd row of the starting grid with his teammate Eshan Pieris, Miranda started off Race 1 with full pelt. He even went up to as high as 2nd place, coming in to turn 1. But Miranda couldn’t hold the position much longer. As a result, he slid down to 3rd and would defend the position for the next 15 laps. Miranda eventually crossed the line still in 3rd.

The heat of the action continued on to Race 2. Despite racing under the same team, Miranda and Pieris had a mini battle of their own, with the latter gibing the former a considerable amount of pressure during the opening laps. However, Pieris made a mistake in one of his attempts to pass, causing him to fall behind Miranda even further.

For the most part, it seemed that Miranda would again make a podium finish. But one of his opponents lunged from out of nowhere, causing him to spin around and go down to 5th. He finished the race in that position, but a post-race investigation deemed his opponent at fault. Because of this, Miranda was given a 3rd place final result. This would become the young driver’s 2nd podium finish. 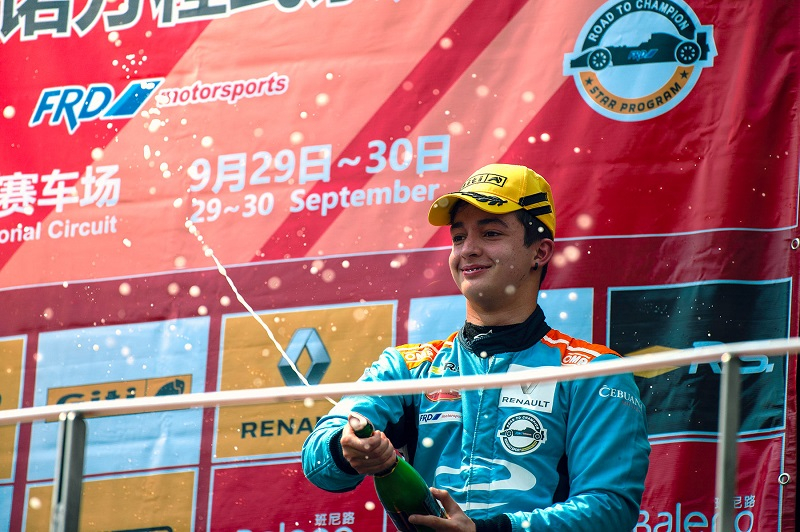 “It wasn’t an easy journey for me moving from the Vios Cup into single seaters. But every race and every time I was on track, I got quicker and quicker. I’m really happy I ended 2018 with a double podium which made my team and family really happy as well. I would like to thank God for keeping me safe this whole season. Thank you to my family, my sponsor Cebuana Lhuillier, my team and mechanics at Eurasia, and everyone involved for making this possible.” Exclaimed Miranda as he reflects on what was his notable debut in single-seat racing. 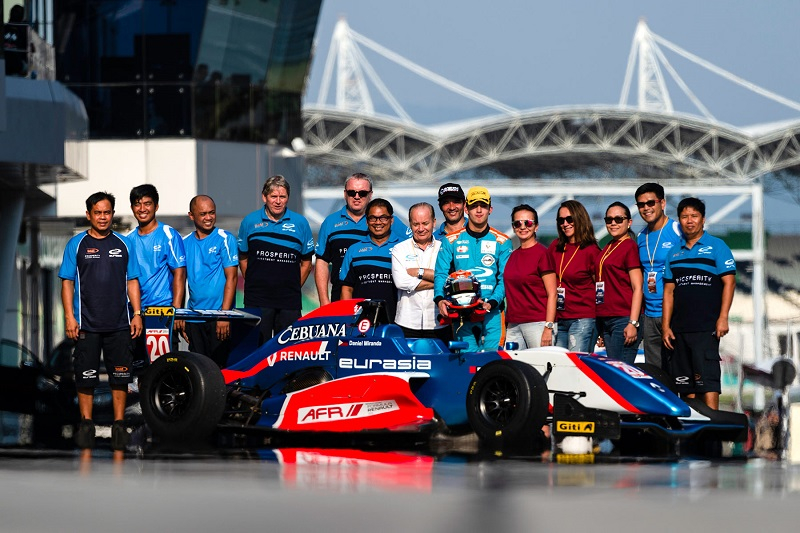