Daniel Miranda is undoubtedly one of the hottest rising stars in the local motorsports industry to keep tabs of. For starters, this 22 year old Cebuano racer was once hailed as the Karter of the Year in 2013. Then, he clinched the 2017 Toyota Vios Cup overall championship title. He also proved his mettle on international soils at the 2018 Asian Formula Renault Series, as well as the first ever Giti Formula V1 Race Challenge held last year in Clark, Pampanga.

For this year, Miranda will once again venture abroad to raise the Philippine flag. Case in point, he’ll be strapping himself onboard a race-prepped Hyundai i30 N to compete in the 2019 TCR Asia Series, a touring car racing championship wherein drivers across Asia battle it out for supremacy in locations such as China, Korea, Malaysia, and Thailand.

In support of this challenging feat, Cebuana Lhuillier will once again take the mantle as one of Miranda’s prime sponsors. He’ll also be reuniting with Euraisa Motorsport, the same team he raced for during the 2018 Asia Formula Renault Series. 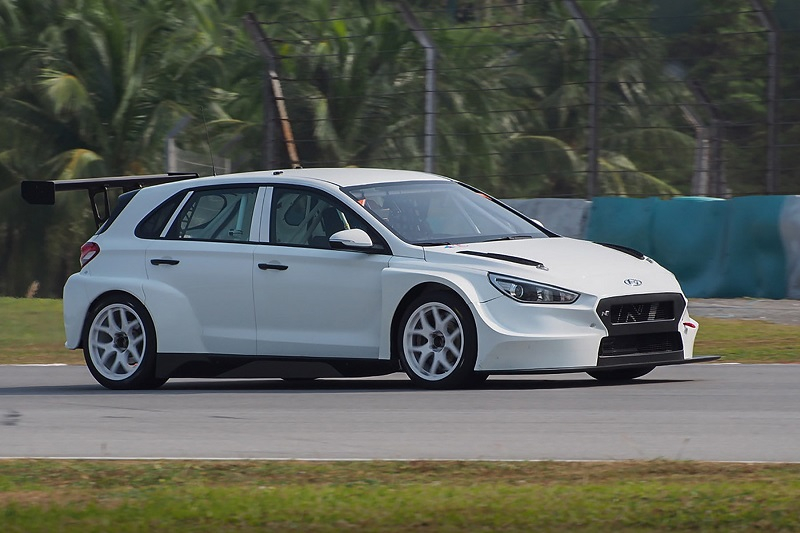 As said, Miranda will be piloting a race-ready Hyundai i30 N, the same car which Italian driver Gabriele Tarquini handled during last year’s World Touring Car Cup to claim the championship title. In brief, the i30 N racecar runs with a turbocharged 350 hp 2.0 motor with a 6-speed sequential gearbox.. It comes with beefed up chassis, suspension, Brembo brake, and sleek aero for added oomph.

“2019 will be a very exciting season for me. After a year in formula cars and finishing top five overall, I’ll be encountering a new challenge the TCR Asia Series with Eurasia Motorsport. This will allow me to improve on my racecraft together with my motorsports career, Hoping we can do well this season with the team. Thank you Cebuana Lhuillier for the support and I will do my very best for my family, team, and for the Philippines as I am the only Filipino driver in this series,” shared Miranda as he complete his 3-day testing of the i30 N racing machine in Sepang.

The 2019 TCR Asia Series will have 10 rounds of action to be held in 5 race weekends. Below is the complete race calendar.

Previous Pause Next
It's 12 days til Christmas, and for the next 2 weeks, Petron has this cool promo just for you
/blog/its-12-days-til-christmas-and-next-2-weeks-petron-has-cool-promo-just-you
Score a P365K discount on a brand new Jeep Compass this holiday season
/blog/score-p365k-discount-brand-new-jeep-compass-holiday-season-00
Autohub Group proudly brings in Triumph Motorcycles PH with its flagship showroom in Greenhills
/blog/autohub-group-proudly-brings-triumph-motorcycles-ph-its-flagship-showroom-greenhills
Isuzu PH donates D-Max pick-up to Caritas Manila
/blog/isuzu-ph-donates-d-max-pick-caritas-manila
Lalamove keeps things moving in full speed with its partner driver empowerment program
/blog/lalamove-keeps-things-moving-full-speed-its-partner-driver-empowerment-program
Explore and conquer the urban jungle with the 2020 Jeep Compass
/blog/explore-and-conquer-urban-jungle-2020-jeep-compass
Suzuki PH’s DEALightful Wheels promo gives you a chance to score a Suzuki motorbike for FREE when you purchase an Ertiga MPV!
/blog/suzuki-ph%E2%80%99s-dealightful-wheels-promo-gives-you-chance-score-suzuki-motorbike-free-when-you
Fuel up and flash your Loyalty Card to a Petron station near you to avail these cool BMW toy cars
/blog/fuel-and-flash-your-loyalty-card-petron-station-near-you-avail-these-cool-bmw-toy-cars
Kia PH adds hip and stylish Stonic small crossover to its growing lineup
/blog/kia-ph-adds-hip-and-stylish-stonic-small-crossover-its-growing-lineup