The Ferrari Portofino M, the evolution of the Prancing Horse’s 2+ GT spider, the Ferrari Portofino, was unveiled today. In a move unprecedented in the Maranello marque’s 70-year-plus history, the new car’s premiere took place entirely online. The build-up to the unveiling included the sending out of a series of newsletters to clients over recent weeks at the end of which they were given access to a platform containing exclusive videos illustrating the concept behind the car, its restyling and main technical contents.

The Portofino M is the first Ferrari to be presented in the wake of the company’s temporary closure due to the Covid-19 crisis, making it the symbol of a voyage of rediscovery. It is the (re)starting point for Prancing Horse’s pursuit of innovation whilst fully respecting its heritage, passion and constant search for perfection. All of these values are reflected in the new Portofino M. In fact, the ‘M’ in its moniker stands for ‘Modificata’, which in Ferrari nomenclature refers to cars that have undergone an evolution that has significantly boosted their performance.

There is no shortage of technical innovation in the stunning new evolution of the Ferrari Portofino, the most notable being its redesigned powertrain, a brand-new eight-speed gearbox and the five-position Manettino that includes a Race mode, an absolute first for a Maranello GT spider. As a consequence of these and many other new features, the Portofino M guarantees an unprecedented combination of authentic GT performance, driving pleasure, agility and exceptional versatility in everyday driving contexts. 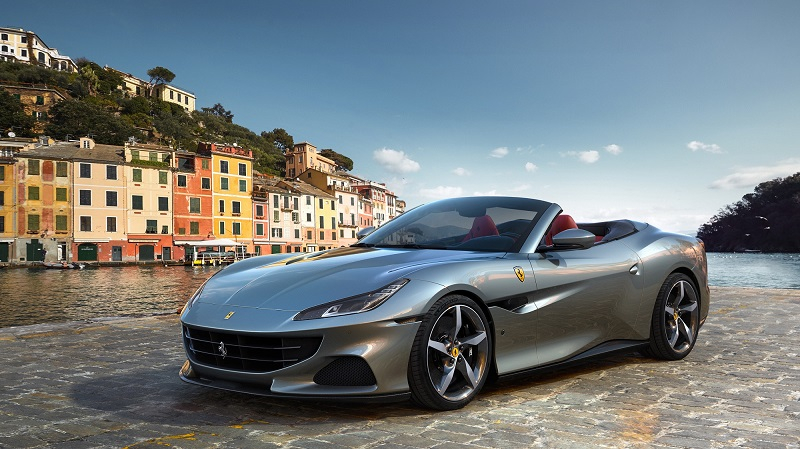 The Ferrari Portofino M’s 3855cc engine belongs to the V8 turbo family voted “International Engine of the Year” on four consecutive occasions (2016-2019). The power unit can punch out 620 cv at 7,500 rpm, 20 cv more than the Ferrari Portofino. It also boasts completely new redesigned eight-speed gearbox that replaces the previous 7-speed version. This is in fact the first eight-speed to be installed on the open top Ferrari and is based on a dual-clutch oil bath architecture with 20% smaller clutch and 35% higher torque delivery.

From a vehicle dynamic perspective, the most significant innovation is most certainly the introduction of the five-position Manettino, an absolute first for a Prancing Horse GT spider. The aim being, of course, to further enhance the Ferrari Potofino’s already superb handling and traction through the addition of the Race mode. Supported by the Ferrari Dynamic Enhancer, said Race mode position focuses on maximising driving pleasure and fun behind the wheel.

The significant technological evolution the model has undergone is visually underscored by the new design of the front of the car and bumpers in particular, which are sportier and more aggressive. Both inside and out there is a sense of harmony of expression and intent in forms that are sometimes sharper and softer and more flowing. 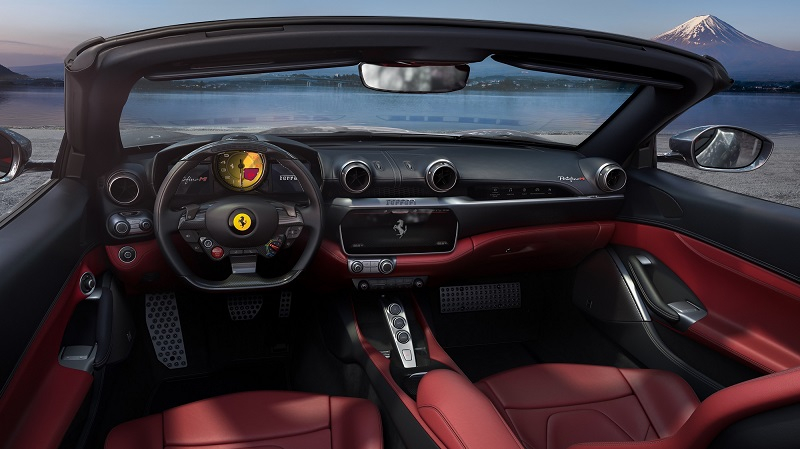 The latest design anf engineering masterpiece form the prancing horse is the perfect evolution of the Ferrari Portofino. Sportier in character than its predecessor, it also delivers superior handling whilst not only maintaining but enhancing on-board comfort, courtesy of specific optional features, such as ADAS and ventilated and heated seats. The Ferrari Portofino M retains its predecessor’s twin soul and is the only car on the market that can rightfully be described as authentic coupé with its top closed and a genuine spider when it is open. This is thanks, of course, to the Retractable Hard Top (RHT), the signature feature of the Prancing Horse convertibles.

The Portofino M’s compact dimensions also make it ideal for all occasions. In fact, its unparalleled versatility and on-board comfort turn every trip info a voyage of (re)discovery. 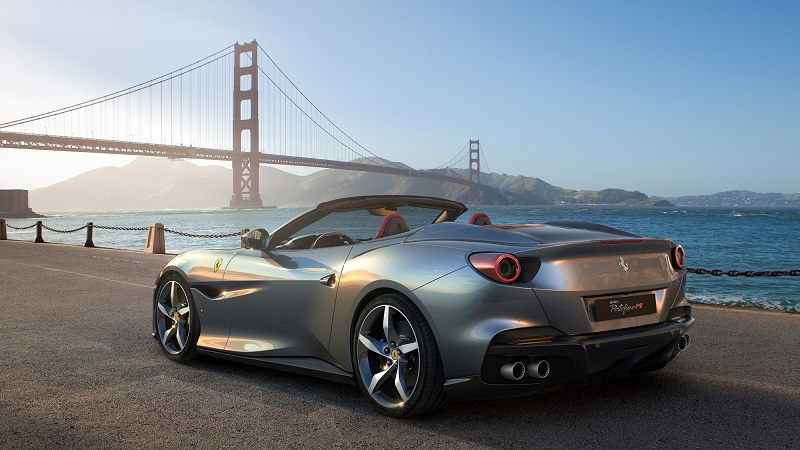