It’s all guts and glory for young driver Estefano Rivera as he dominated this year’s Giti Formula V1 Challenge by bagging the series’ overall championship title. Driving for team Obengers/Toyota Otis, Rivera made sure to exert consistent efforts in order to come out on top, not only in Pro Class but also in all of the 3races in the event’s final round for 2019.

Held last October 19 and 20 at the 4.2 km long Clark International SPeedway in Pampanga, the final round of the 2019 Giti Formula V1 Challenge was made colorful with tons of on-track action in all of its 3 races. And it all started with the Qualifying Time Trial.

Ryo Yamada of team CleanFuel Racing led the Pro Class time sheets by registering a best lap time of 2:11.403. Following him was Rivera who managed to stop the clock at 2:11.530. Qualifying 3rd was Stefan Ramirez of team Ensport/Fourth Floor Racing with his best lap time of 2:12.431.

Meanwhile in Am Class, team OTR Racing’s Red Diwa landed 1st with a time of 2:12.200. On his trail was Alex Brown of Obengers/AEG/Toyota Balintawak who would start off in 2nd place with a best qualifying time of 2:12.734. As for team CleanFuel Racing’s Dominic Roque, the celebrity-turned-professional racer would register a best time of 2:12.569 to start Race 1 in 3rd. 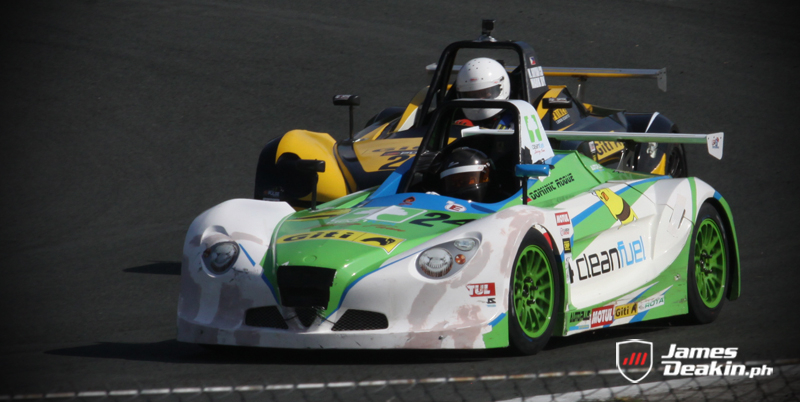 Just hours after Saturday morning’s time trials, the green flag soon waved to start Race 1. And right after green light, drama ensued as several drivers namely Raymond Ronquillo of Frontrow Racing, Raffy Rabe of Phoenix Racing, Francesco Dino of Edgesport Racing, Dominic Roque, and Alex Brown found themselves in the receiving end of a pile up coming into turn one. Thankfully, no one got seriously hurt, albeit Brown not being able to race for the weekend due to the heavy damage his car has sustained.

At checkered flag, Rivera crossed the line in 1st in Pro Class, ahead of Yamada who took home 2nd. Following closely in 3rd was Jussi Hoikka of team Growl Thule Racing. Down in Am Class, Red Diwa clinched 1st, while Bryan Co of team Giti Racing took hold of 2nd place. In 3rd was Jerry Choi of team One formula Racing. 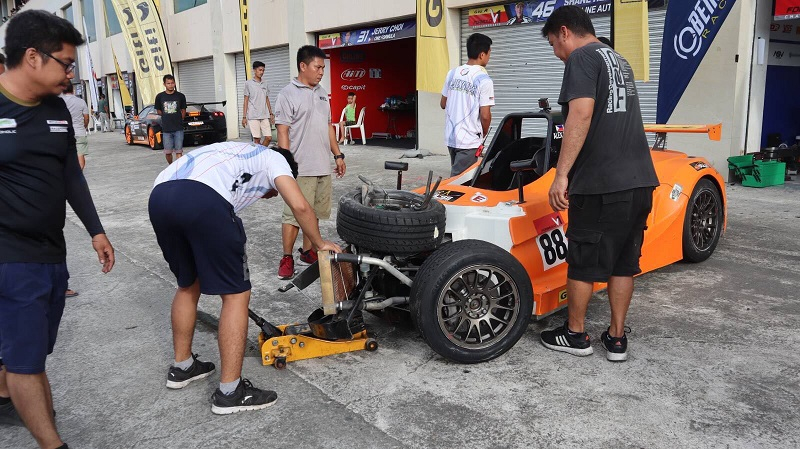 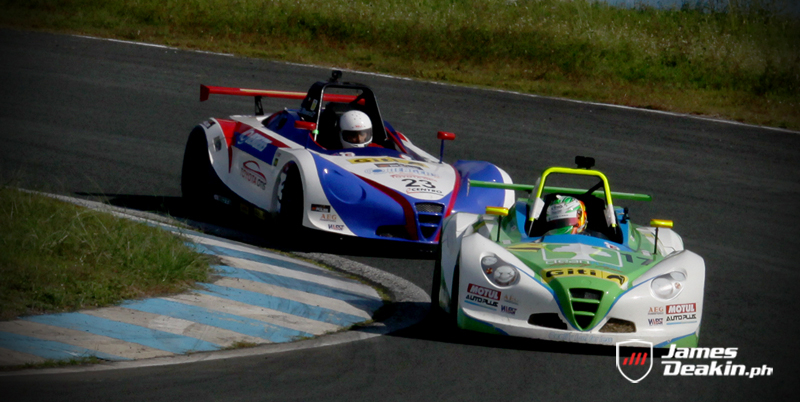 The following day saw the start of Race 2, and was highlighted by an exciting duel between Rivera aned Yamada. The two rivals went head-to-head during the entire 12-lap race, swapping places every now and then. It was an exciting battle all the way to the end as the two capped it off with a brilliant photo finish.

Rivera came out on top of that tussle, while Yamada kept the pressure up to take 2nd place in Pro Class. Witnessing all of that was Raymond Ronquillo who finished 3rd. In Am Class, Diwa took another 1st place win, with Roque and Co securing 2nd and 3rd places, respectively.

All the action boiled down to the final race of the season. Race 3 began under the blistering heat of the sun, with rain clouds looming on the horizon to make things all the more challenging. Adding to that was the double points to be awarded to the winner and the reverse-grid order which made things interesting for the front runners in both classes.

In the end, Yamada took the Pro Class checkered flag in 1st, followed by Rivera in 2nd and Stefan Ramirez in 3rd. But this result was more than enough for Rivera to be crowned this year’s champion, since he was just behind Yamada by 1 point in the leader board. In Am class, Diwa, Co, and young gun Raffy Rabe of team Phoenix Pulse Racing crossed the line in that order. 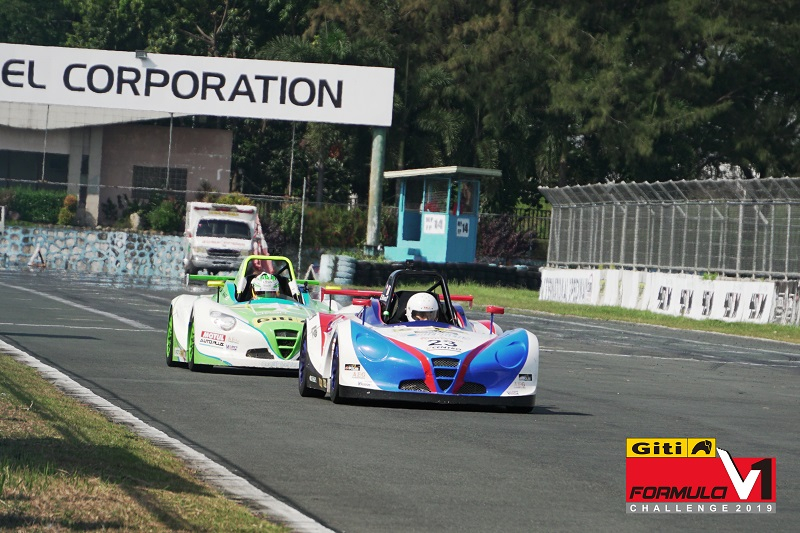 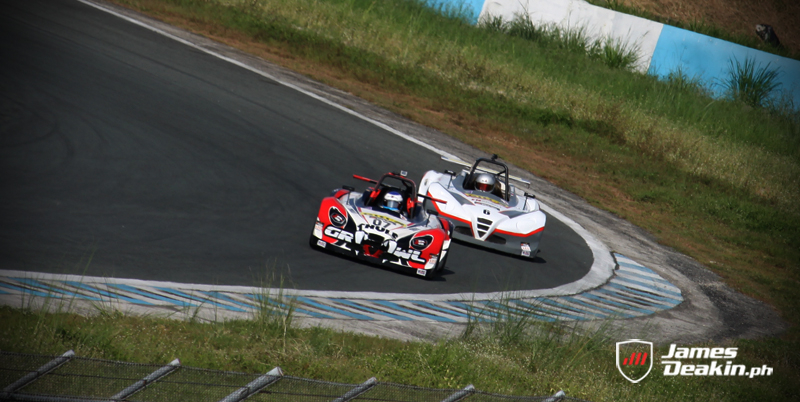 As it stands, Rivera is now suiting up for a V1 race in Suzuka, Japan to be held this December 7 and 8. Overall 2nd placer Yamada, on the other hand, will be in for a treat as he will be heading for Sepang in Malaysia to test driver a Formula Masters racecar under team Eurasia Motorsport, the date of whoch is still to be announced.

Even though the official 2019 season has ended, things for this year’s Giti Formula V1 Challenge are not over yet. On November 16, all roads will lead to the Clark International Speedway for the Giti Ultra 4 Race, a 4-hour endurance racing featuring formula V1 racers, Toyota Vios Circuit Championship racers. This will be made extra spicy with a supercar car club track day featuring supercar car clubs from all over the country. 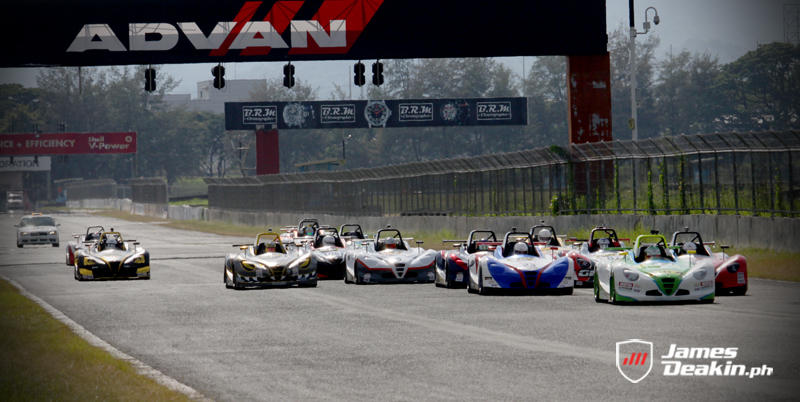 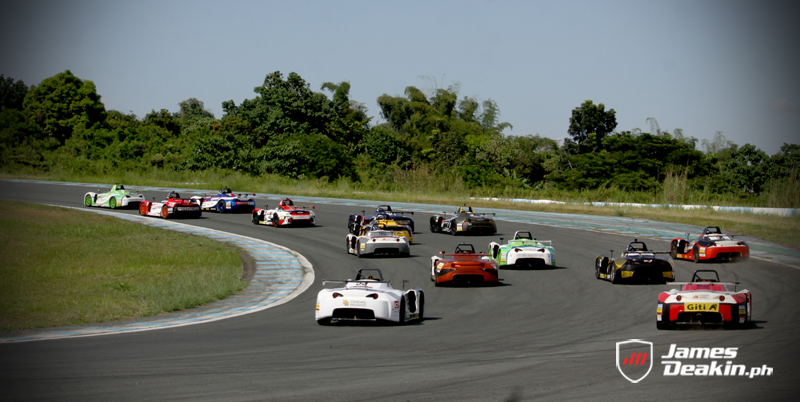