Earlier this year, Ford unveiled the aggressively styled Ranger Raptor with a kick-ass 2.0-liter EcoBlue bi-turbo diesel mill in Thailand. The launch of the pickup also brought news of the Everest midsize SUV and its Ranger platform sibling receiving the said engine later on in their life cycle. Well, it looks like that time is now.

According to a report by the Bangkok Post, the Everest has just received a pair of 2.0-liter EcoBue diesel engines that will replace the existing 2.2- and 3.2-liter powerplants. Wrapped in a body that likewise gets a new grille, HID headlamps, and other details, the 2.2-liter four-cylinder has been ditched in favor of a 180hp, 420Nm turbocharged lump.

The 3.2-liter five-pot, on the other hand, has been downsized to the 2.0-liter EcoBlue engine. While this may seem like a step backwards, take note that the new motor gets bi-turbo power that equates to an even more potent 213hp and 500Nm of torque. This is a step up from the bigger mill’s 197hp. Both engines will be mated to a 10-speed (yes, 10!) automatic with the more powerful version getting all-wheel drive.

With the new Ford Everest being launched in the Thai market, we can expect it to enter our market real soon. 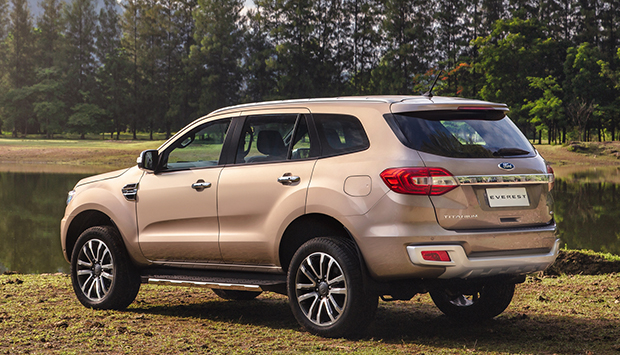