HARI shows off its Modern PUV in Transport Caravan

The month of July 2019 marks the beginning of the Modern Public Utility Vehicle (PUV) Caravan, which had a motorcade from Quezon Memorial Circle all the way to Clark, Pampanga. The event was participated in by a host of public and private entities, including automotive manufacturers such as Hyundai Asia Resources Incorporated, which showed off its Class entry into the Modern PUV program.

HARI’s take on the Modern PUV is a modified H-100 that complies with the government’s standards on what a modern jeepney should be. Running on a 2.5-liter CRDI Euro-4 compliant diesel mill, it boasts of modern conveniences like CCTV cameras, dashcams, GPS navigation, automated fare collection system, and wifi capability, among others. It seats 12 in comfort and safety.

The Modern PUV Caravan, meanwhile, will be made up of four phases during its run from July 2019 to February 2020. It will take the caravan all around the country in a bid to showcase the latest in public transport solutions in the hopes of letting potential participants such as transport groups know what’s on ofer. It likewise aims to address concerns that all parties may have about phasing in a new era in Philippine mass transport. 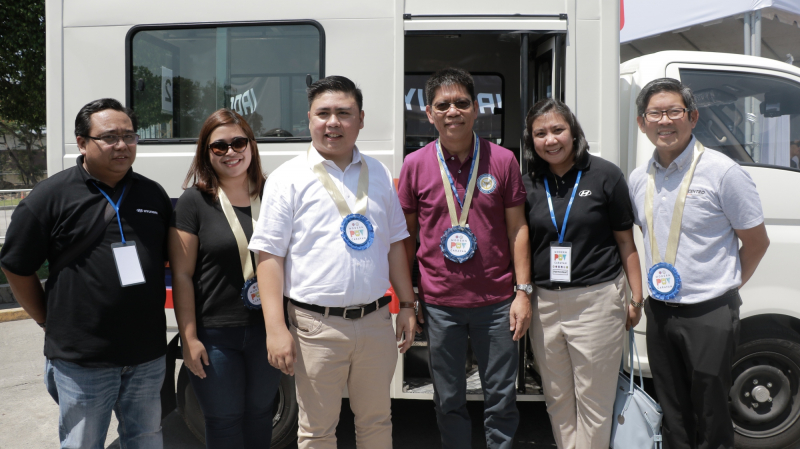 Previous Pause Next
Petron Blaze 100 is pushing the power of this year’s Toyota GR GT Cup
/blog/petron-blaze-100-pushing-power-year%E2%80%99s-toyota-gr-gt-cup
Cleanfuel check in its 3rd location in Mandaluyong
/blog/cleanfuel-check-its-3rd-location-mandaluyong
Isuzu PH, Shell PH keep the partnership strong in many endeavors to come this year
/blog/isuzu-ph-shell-ph-keep-partnership-strong-many-endeavors-come-year
GAC Motor Racing Team to once again take on the 12-Hour Kalayaan Cup endurance challenge this Independence Day
/blog/gac-motor-racing-team-once-again-take-12-hour-kalayaan-cup-endurance-challenge-independence-day
Cleanfuel Marikina station is now open for business
/blog/cleanfuel-marikina-station-now-open-business
A new Isuzu PH dealership is soon to rise in Subic
/blog/new-isuzu-ph-dealership-soon-rise-subic
Volkswagen PH to highlight summer 2021 with the all-new T-Cross subcompact SUV
/blog/volkswagen-ph-highlight-summer-2021-all-new-t-cross-subcompact-suv
The GAC GN6 is an ideal MPV for the modern Filipino family
/blog/gac-gn6-ideal-mpv-modern-filipino-family
Buying a Maxus now is no sweat with the "Summer Max Deals"
/blog/buying-maxus-now-no-sweat-summer-max-deals