The boldest and most advanced Accord to date.

This is the best way to describe the newest iteration of Honda’s erstwhile midsize sedan, which debuted in the country recently.

Now on its 10th generation, the all-new Honda Accord fuses luxury, sophistication, and a sporty vibe in its new sheetmetal.

The front is dominated by Honda’s trademark grille design that takes its cue from a wing. This is flaned by upswept yet sleek LED headlamps with daytime running lights.

The side is characterized by a swooping roofline that gives it a coupe-like stance, as well as character lines that break up the monotony.

As for the rear, there are C-shaped taillights that follow the look of the units up front.

All this is finished off by 18-inch alloys and an advanced laser brazing welding technique that makes the body and roof look more cohweisve without the need for garnishes and the like.

Step inside and you’ll be greeted by an upscale cabin that has swathes of leather and other premium materials.

Beneath all this luxury and sophistication are tech features that include a 7-inch TFT instrument dislay, an 8-inch touchscreen that controls various vehicle and infotainment functions, Apple CarPlay and Android Auto support, and navigation.

While the 2.4-liter inline-4 and V6 engines may have been dropped, JHonda Cars Philippines replaces them with an improved version of its 1.5-liter turbo four-cylinder with Earth Dreams technology—the same mill found in the Civic RS.

This one, however, produces 190hp and 243Nm of torque, sending power to the front wheels via Continuously Variable Transmission with Paddle shifters.

Another new highlight of the 10th-gen Accord is Honda Sensing.

This is a suite of safety systems that help keep everyone out of harm’s way. It consists of such tech as Collision Mitigation Braking System, Lane Keep Assist, Adaptive Cruise Control with Low Speed Follow, Road Departure Mitigation, and Auto High Beams, among others.

Since its debut in 1976 as a no-nonsense economy-minded car, the Accord has transformed into a more luxurious form of transport that injects a bit of style and sportiness into the mix

Here in the Philippines, the Accord was first seen in 1994 during its fifth iteration. Since then, it has duked it out with the likes of the Toyota Camry for executive car class dominance.

The 2020 Honda Accord is now available at all Honda dealerships with a suggested retail price of P2,288,000. 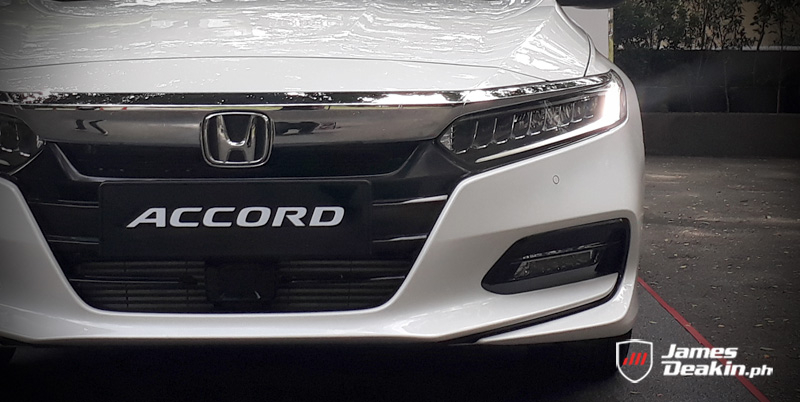 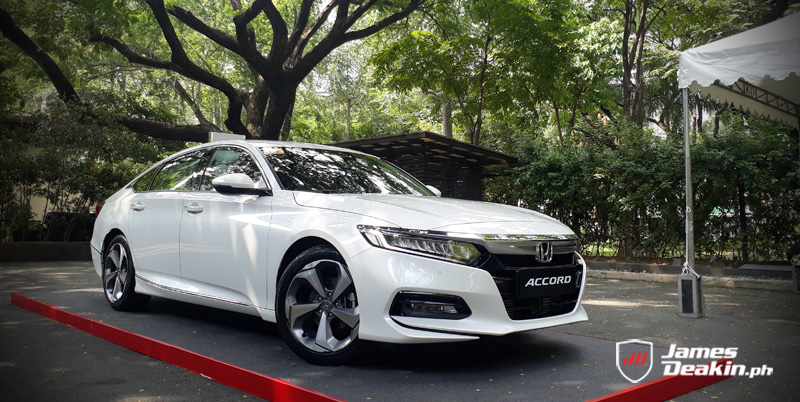 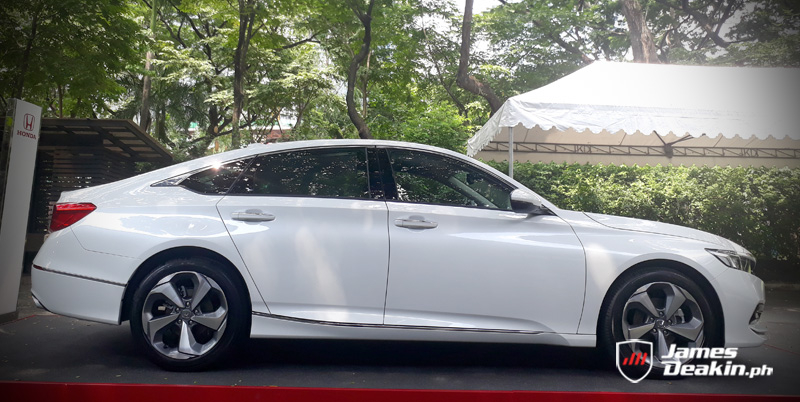 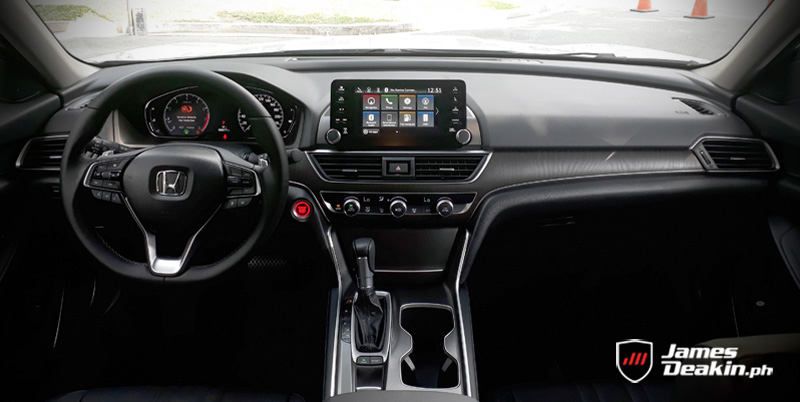 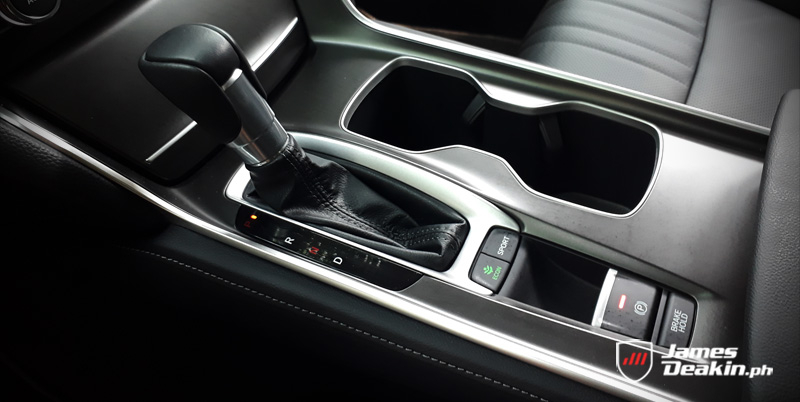 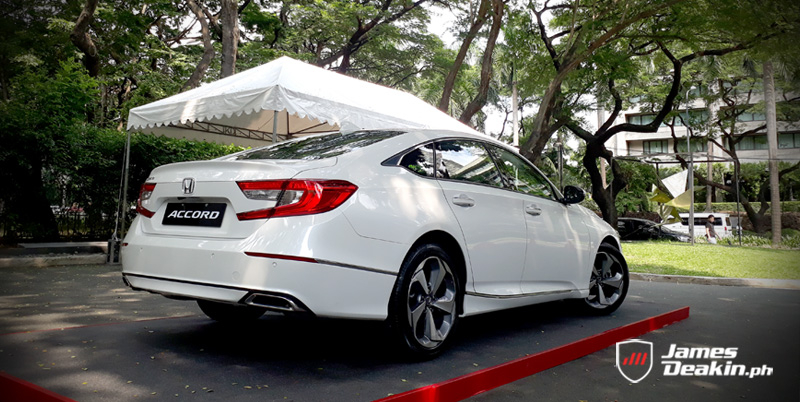 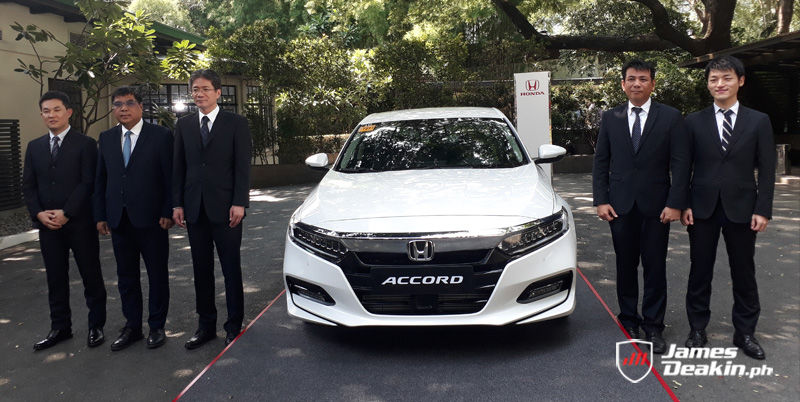 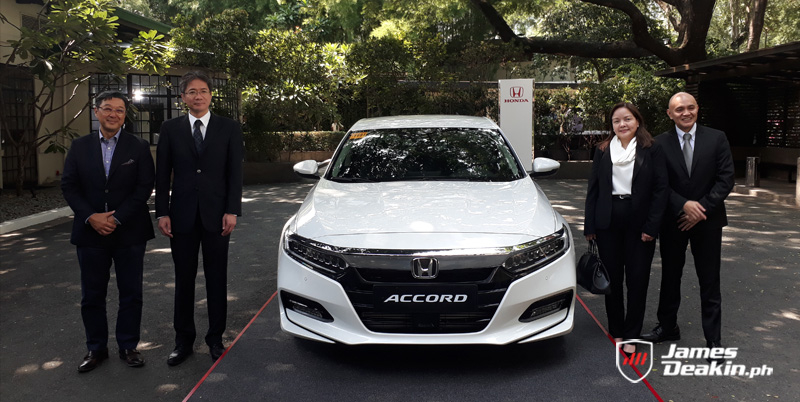