Hyundai thinks bigger is now in as it debuts the Palisade

As the market’s appetite for big, three-row Sport Utility Vehicles continues to grow, automakers like Hyundai have now joined the bandwagon with the new  Palisade, which makes its world debut at this year’s Los Angeles Motor Show.  Yes, this is the Korean brand’s largest SUV to date.

You can tell that this thing is huge not only from the stats but also by simply checking out its large flanks. It’s larger than the Santa Fe, which itself grew in its latest iteration that was revealed earlier this year. The  massive front grille, generous greenhouse, and equally substantial look of the tailgate with the Palisade name prominently displayed  on it are just some visual cues of its size.

This girth, however, pays off nicely once you step into the cabin. Eight people can climb on board, with the second row occupants being spoiled by ventilated captain’s seats.  The third row likewise gets a reclining function, as well as power-folding mechanisms. The driver gets a 12.3-inch instrument cluster, head-up display, and a 10.25-inch center screen. Plus, all occupants get 16 (yes, count ‘em)!) cupholders, 7 USB ports, and wireless charging.

The sole engine on offer is a 3.6-liter V6 with 291hp and 355Nm. This one hooks up to an 8-speed auto with either two- or all-wheel drive. The latter features Hyundai’s HTRAC system that allows drivers to choose between Normal, Sport, and Smart driving modes. 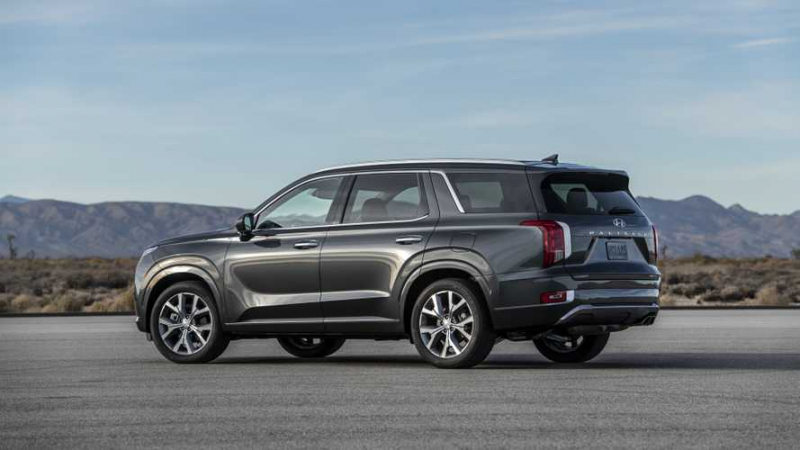