Filipino racer Daniel Miranda once again made the country proud. That’s because the 21-year-old from Cebu has concluded the 5th round of the 2018 Asian Formula Renault in style by consistently racking up valuable championship points for team Euroasia Motorsport.

Held last August 24 to 26 at Sepang International Circuit, Miranda only had his collective racing experience to push him forward as this was his very first outing at the 5.5 km-long high-speed Malaysian circuit.

Despite this handicap and him being one of the fresh-faced rookies out in the field, Miranda, exhibited a stunning performance in the practice events. This translated to a notable 5th place come the qualifying event, just 2 places ahead of his teammate Eshan Pieris.

In Race 1, Miranda went full force right off the bat to defend his position and take places in the process. However, his efforts didn’t connect as he went down to 8th place just as quick in the opening lap. Not letting this stop his momentum, he pressed on to gain back lost grounds until the checkered flag where his crossed the line in 5th place.

In Race 2, Miranda and his #20 Cebuana-Lhuillier-backed car would finish 5th once more, but not without putting up a good fight. Off the starting grid, he mustered all his might to claim a position higher. He spent most of the race defending 4th place. Unfortunately though, he dropped down to 5th as his tires soon showed signs of wearing out.

As it stands, Miranda now holds 5th overall in the Drivers Championship. He’ll have another chance to up the ante on September 28 to 30 as the 2018 Asian Formula Renault will hold its 6th and final round, still at Sepang. 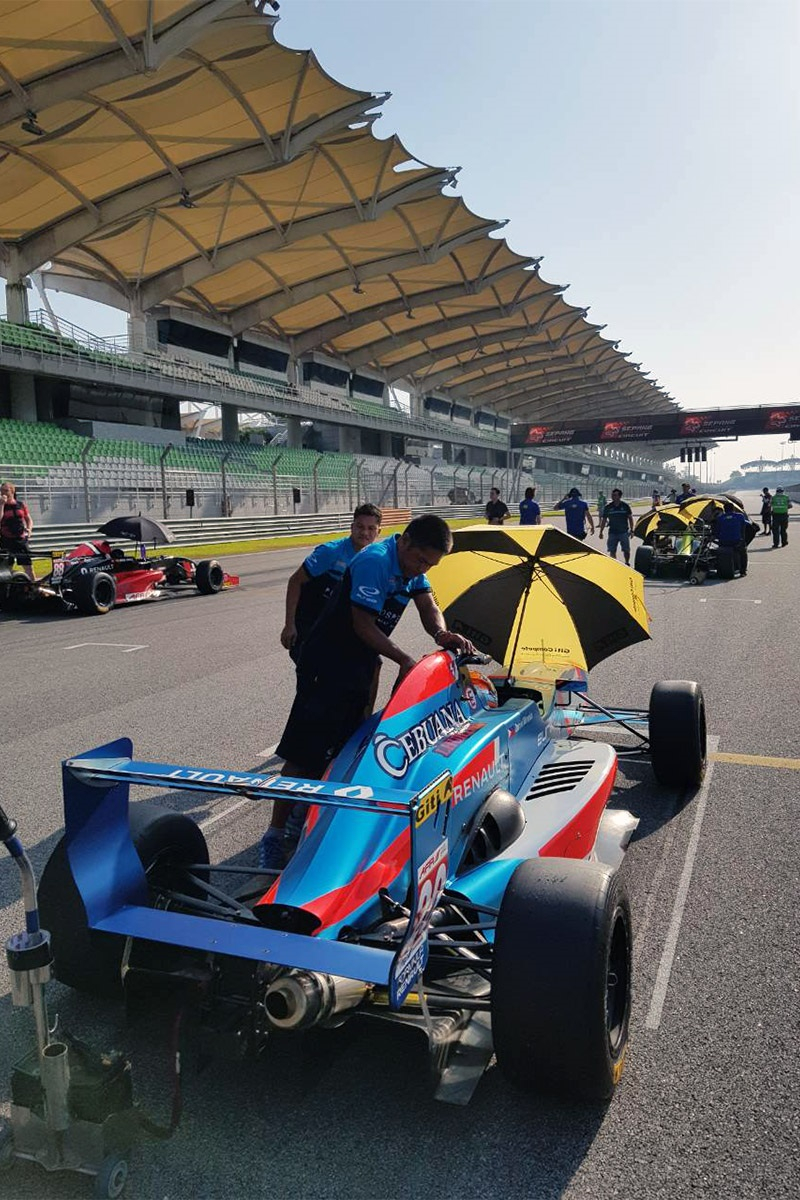