Midsize SUVs, particularly the pick-up platform vehicle kind, have become quite a popular sight on our roads. One of the more visible ones out on the streets nowadays is the Ford Everest. Now on its third generation, the latest model that first landed on Philippine soil in 2014 has now reached the 30,000 unit sles mark.

To celebrate this milestone, no less than Peter Fleet, President, Ford Asia Pacific, and Yukontom Wisadkosin, President of Ford ASEAN, awarded the lucky owner of the said Everest. He is Mr. Timoteo Pardillo, a 59-year Overseas Filipino Worker employed as a seafarer.

Pardillo confesses that he is no stranger to the Blue Oval brand. This is, in fact, his third Ford. He also has an EcoSport and a previous generation Everest in his garage. But he bought the Aluminum Metallic 4x2 Trend AT for its good looks and quality.

He notes that he only wants the best for his wife and two children. And he feels that the Everest can provide them with safe and comfortable transportation as the go aobut their daily routine. Ford officials, meanwhile, were very pleased that clients like Timoteo Pardillo have put their continued trust in the brand. 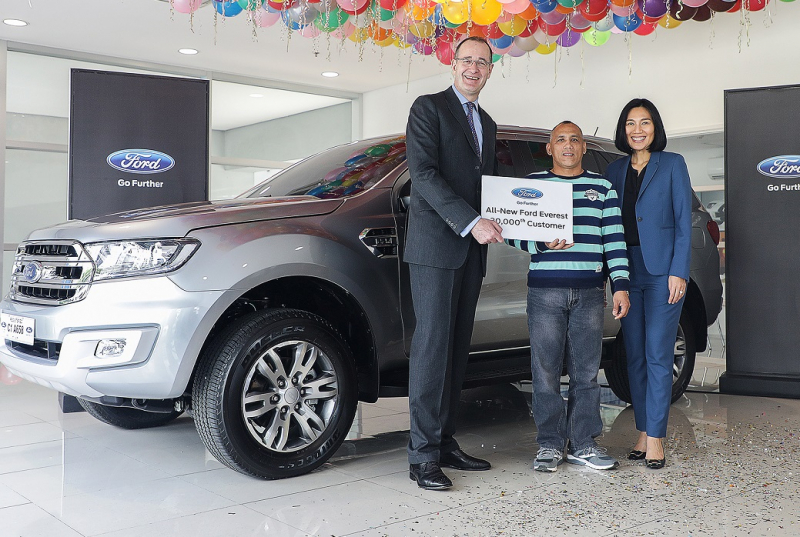