The M8 GTE Signals BMW’s Return to Le Mans, As Well As a Peek Into the Future 8-Series

While the upcoming BMW 8-Series hasn’t officially been revealed, the German luxury carmaker has just unveiled a racing version of the said model. The BMW M8 GTE made its world debut at the ongoing Frankfurt International Motor Show.

Built together with BMW Motorsport, the M8 GTE hints at what could very well be the production 8-Series  Coupe and M8, mixed with a lot of heritage from BMW M. In fact, the car, which will compete in next season’s FIA World Endurance Championship (WEC), marks BMW’s return to the 24 Hours of Le Mans.

A quick look at the car shows a stance that is very similar to the concept car revealed a few months back. Finished in a special BMW M Racing livery, the car even possesses details like the striking headlights and swooping roofline that are reminiscent of the concept’s own look.

Under the metal is a 4.0-liter V8 motor with BMW TwinPower. Depending on classification, it can produce up to 500hp, coursed to the drive wheels via 6-speed sequential gearbox. Moreover, a Carbon Fiber Reinforced Polymer driveshaft makes the car extremely light at 1,220kg.

While lightness may be part of the mix, the BMW M8 GTE won’t scrimp on electronic aids. BMW puts in stuff like a live telemetry system, rearview camera with object detection, and a steering wheel with 16 buttons to control various functions. All these, in the name of safety.

Expect to see the BMW M8 GTE compete next season in the GTE Pro class of the FIA WEC. 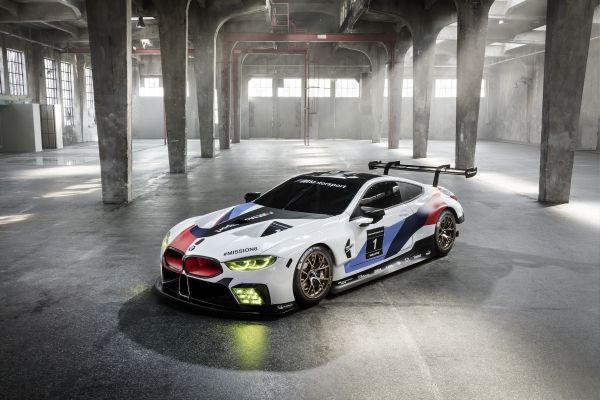 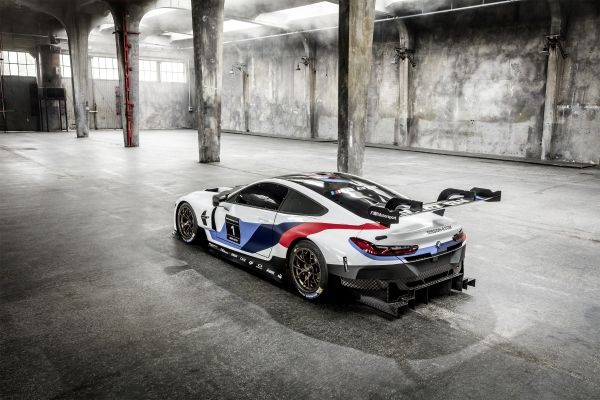