Penned by Mazda designers who based the virtual race car on the award-winning 2015 RX-Vision Concept Car, and jointly developed with Polyphony Digital, the RX-VISION GT3 CONCEPT is the eighth Mazda car that may be raced in the online game’s various events and competitions. 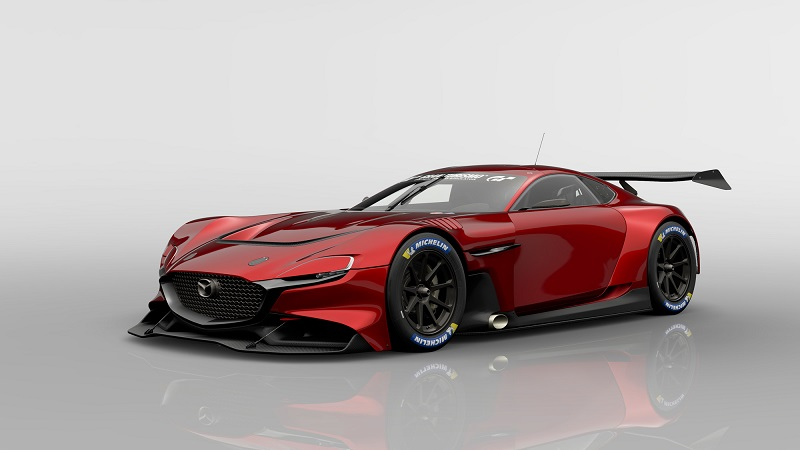 First is the Time Trail Challenge which lets racers from around the world to vie for the fastest time at the famed Circuit de Spa-Francorchamps using the MAZDA RX-VISION GT3 CONCEPT. This will be hosted by Mazda from May 22 nd until June 5 th , 2020. The second is the Livery Design Contest which also started on May 22 nd and will run for four weeks until June 19 th . Using the livery editor feature of Gran Turismo Sport, players can create and submit their interpretation of Mazda’s 100-year Anniversary on their MAZDA RX-VISION GT3 CONCEPT.

The winning entries will be picked by the same Mazda design team that created the virtual racecar. For more details on both events, visit the Digital Motor Sport section of mazda.com.

While Mazda's Time Trial and Livery Design challenges are exciting, here’s a little something to whet the appetite of those whose excitement toward the MAZDA RX-VISION GT3 CONCEPT has gone through the roof. Watch this short video of one of YouTube’s most popular sim racer, MotoGamesTV as he takes the sleek Japanese rotary-powered sports car for a test drive around the Suzuka Circuit.

And there’s even more good news. Filipino sim racers can now drive the Mazda RX-VISION GT3 CONCEPT! In his words, Mazda Philippines President and CEO Steven Tan shared, “With the MAZDA RX-VISION GT3 CONCEPT, we pay homage to our triumph with the rotary engine, the symbol of Mazda’s never stop challenging spirit. We believe that Digital Motor Sport is the most accessible way to attract the younger generation of Filipinos into the global racing arena. That is why we hope that Filipino online racers will compete using this new race car so that they will experience for themselves the passion for driving which our brand champions.”