Since its introduction in the local market almost ten years ago, the Mitsubishi Montero Sport has remained a popular choice in the midsize SUV category.  It has consistently garnered the top spot in the sales charts, duking it ut with other contenders in the class. This year, this distinction is backed up by no less than one of the most respected award giving bodies in the business, the Auto Focus People’s Choice Awards.

The erstwhile Montero Sport bagged more than a few awards during this year’s contest. Its class leading features, safety kit, and engine design and technology have helped it win the Best Safety Features and Best Engine Performance Media’s Choice Awards.

When it comes to safety, MMPC recently upgraded the already safety feature-laden model with even more goodies that help it stay ahead in the game. The latest top-spec GT Premium variant, for instance, now has Ultrasonic Misacceleration Mitigation System, Forward Collision Mitigation, Blind Spot Warning, and 7 SRS aribags, just to name a few.

With these two awards, the Mitsubishi midsize SUV also managed to bag the Midsize SUV of the Year award. This shows that the media and the motoring public who cast their votes have full confidence in this model.

As if these recognitions aren’t enough, the Mitsubishi Adventure garnered the MPV of the Year award. Just like its SUV stablemate, the Adventure was seen as a worthy choice in terms of engine performance, design, and overall packaging.

The Auto Focus People’s Choice Awards is a yearly event put together by Sunshine Television (STV). 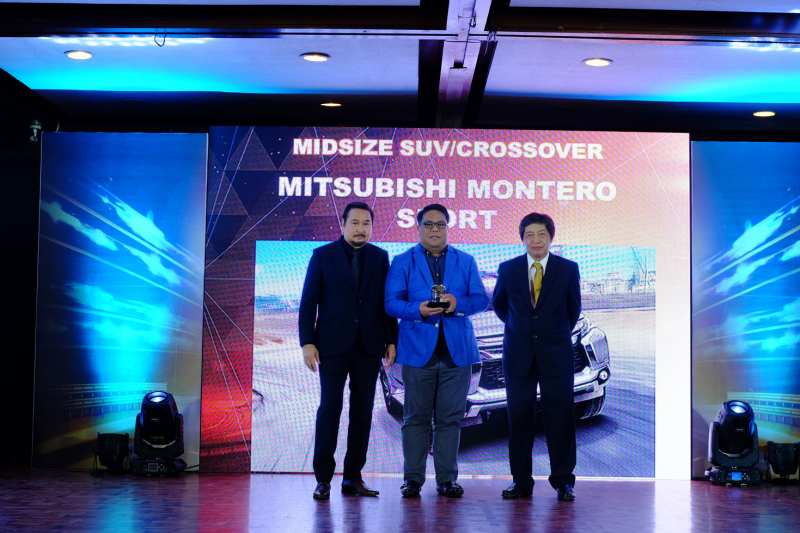 Receiving the awards during the ceremony was MMPC’s FVP for Vehicle Sales and Marketing Mr. Froilan Dytianquin.