The second-generation Honda Brio shows off a more styish vibe

Earlier this year, Honda Motor Company revealed a pair of models that hinted at what we can expect from its future small cars. The Brio Amaze was the four-door model while the Small RS Concept gave us a foretaste of the next Brio hatch. Well, the five-door Honda Brio has just been unveiled at this year’s Gaikindo Indonesia International Auto Show.

Ditching the quirky lines of the first-generation model, the second iteration gets a more conventional stance. This isn’t to say that it doesn’t have a sporty character. On the contrary, the upswept headlights and grille (taken from the Mobilio), along with the sweeping rear door profile give it a dynamic and youthful vibe.

The big change for the new model, however, can be seen at the rear. Whereas the older model had a glass-dominated tailgate, this one gets a more conventional liftgate. This somehow adds to the mature yet sporty demeanor of the Brio.

As with the outside, the cabin receives a dash that seems to have been lifted straight out of the Jazz’s interior. This translates to a straightforward layout with all controls positioned within easy reach of the driver. Higher-spec RS variants get a touchscreen infotainment system.

While we would most likely be getting the same 1.3-liter i-VTEC motor as with the previous model, the one found in the Indonesian market makes do with a 1.2-liter mill that puts out 90hp and 110Nm of torque. This is because it is classified as a Low Cost Green Car.

And it remains to be seen when the new Honda Brio will arrive on Philippine shores. 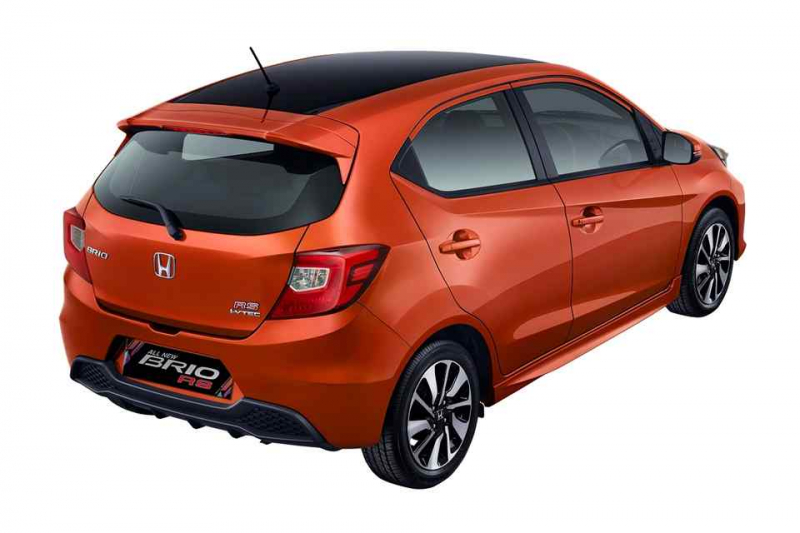