These were Suzuki Philippines’ Hits in 2017

The year 2017 was considered a stellar year by compact vehicle maker Suzuki Philippines, which posted a rousing 34% sales growth during the said period. This was a huge jump over its performance during the same period in 2016.

The rise in sales was fueled by the strong showing of vehicles like the Suzuki Ertiga. The 7-seat Life Utility Vehicle saw a 34% increase in sales,. It’s hatchback siblings, the Celerio, also rose by 15% percent, while the Swift had its own success with a 13% sales growth.

The brisk sales were partly due to the growing number of Suzuki dealerships scattered throughout the country. With 11 new dealerships added in 2017, the Japanese compact vehicle maker now has a total of 66 sales and service centers spread across the archipelago. Ths means more Filipinos have access to its fine line of vehicles.

When it comes to fuel economy, no less than the Department of Energy, via its Fuel Economy Run, recognized just how fuel efficient Suzuki vehicles are. The Alto 800 MT and Swift MT logged 24.81km/L and 23,.7km/L, respectively, in the gasoline category. Its Vitara GLX AT cousin, on the other hand, returned 20.57km/L average—the second subcompact SUVto enter the top 15 segment.

As for disel-powered vehicles, the Suzuki Super Carry consumed just 19.19km/L of disel fuel. This allowed it to bag second place.

With this showing, Suzuki Philippines is confident it will continue this strong performance in 2018. 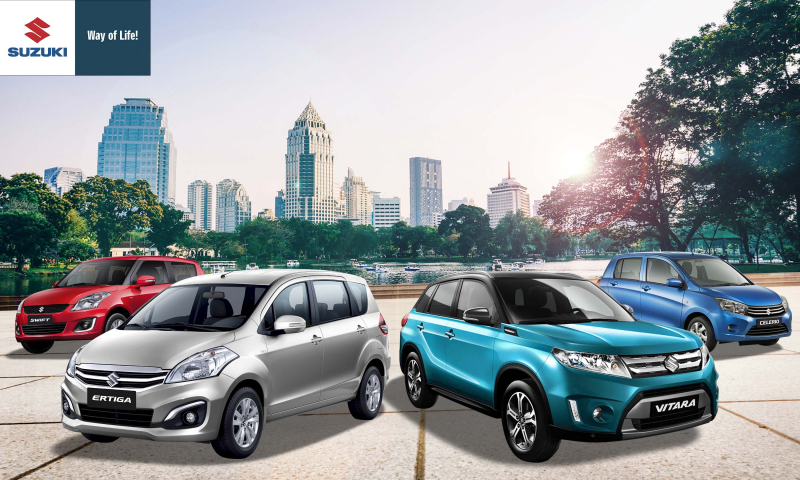