Toyota Motor Philippines (TMP) held its 4th leg of the inaugural Vios Racing Festival last November 8 and 9, 2019 at the 4.2 km long Clark International Speedway in Pampanga. This consisted of the 3rd round of the Circuit Championship and the 4th round of the Autocross Challenge, with the former serving as the highlight event of the weekend.

Sporting Class’ Red Diwa of team Growl Thule Racing went home with the title of being the first ever Vios Circuit Champion with his teammate Eggy Ong coming in close in 2nd overall. But it wasn’t an easy win for Diwa as he had to contend with some of the best drivers the one-make racing series has brought out since day 1. 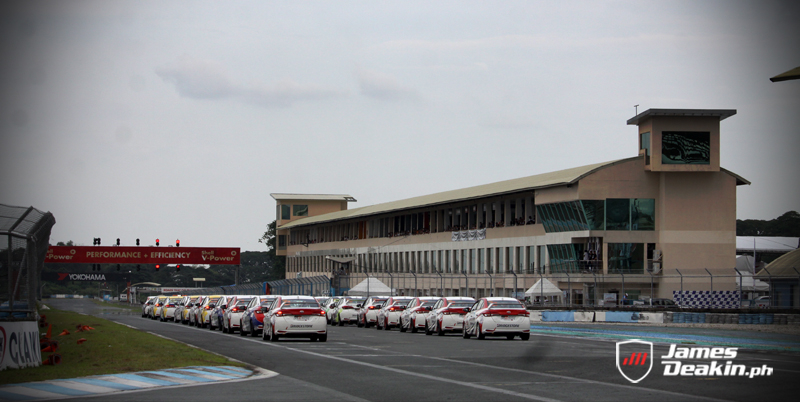 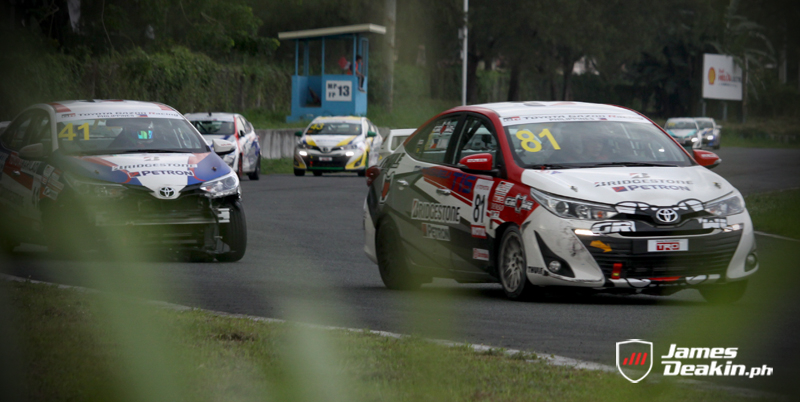 And it all started last Friday, November 8 for Race 1 of the action-packed weekend. John Dizon and Marc Soong of team Obengers (representing Toyota Marilao and Toyota Balintawak, respectively) landed 1st and 2nd places, correspondingly. In 3rd came Red Diwa who rounded off the Sporting Class podium. 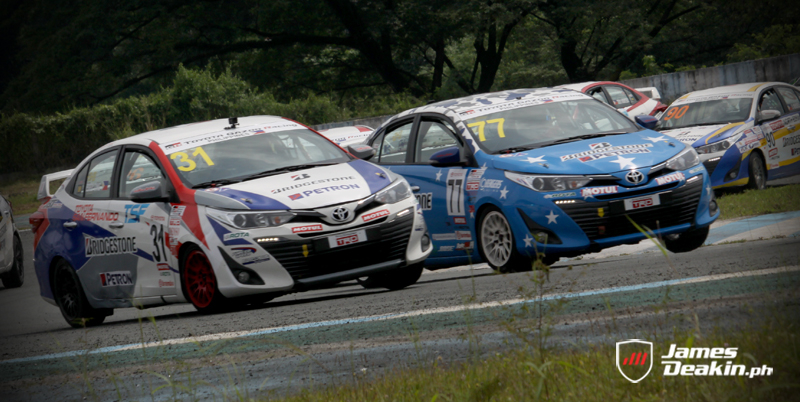 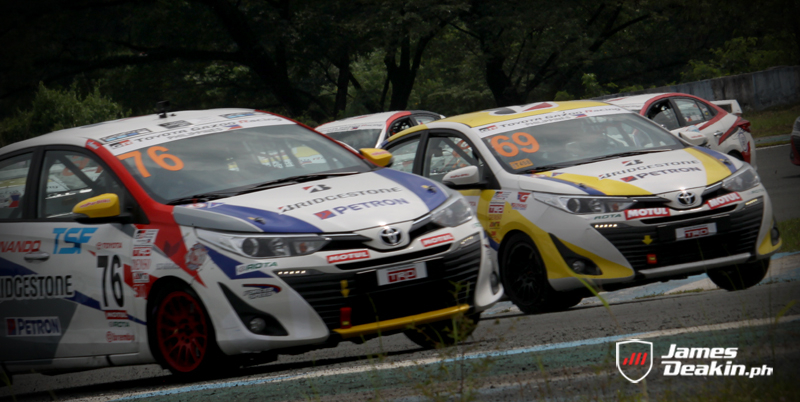 The next day, November 9, was the day everyone was waiting for as it’s the final day of the Vios Racing Festival for this year. After all the festivities of the opening program, the racers quickly suited up for what would become a hot 12-lap Race 2. In sporting Class, Lord Seno of Toyota Cebu bagged 1st place, followed by Marc Soong in 2nd and Gel Napat of team Biskeg/Toyota Dagupan in 3rd.

In promotional Class, Francis Adriano and Darrel Garbes made a repeat performance of their Race 1 results. This time, however, Adrianno’s better half and teammate, lady driver Elysse Menorca of team Obengers/Toyota North EDSA managed to secure 3rd. As for the Celebrity Class, the top three finishers were Troy Montero, Aubrey Miles, and Gerald Anderson. 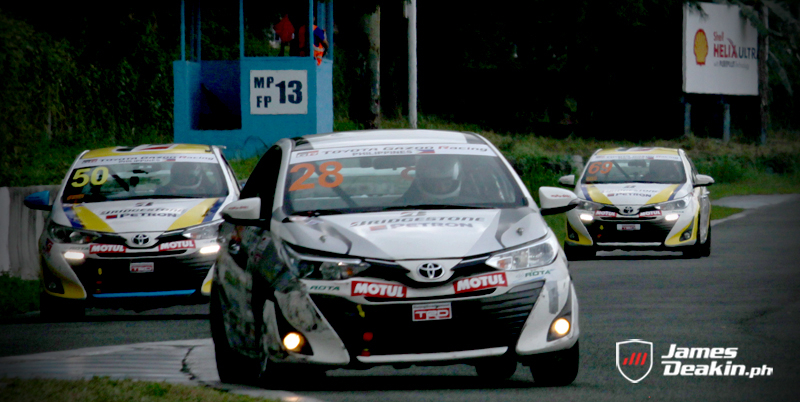 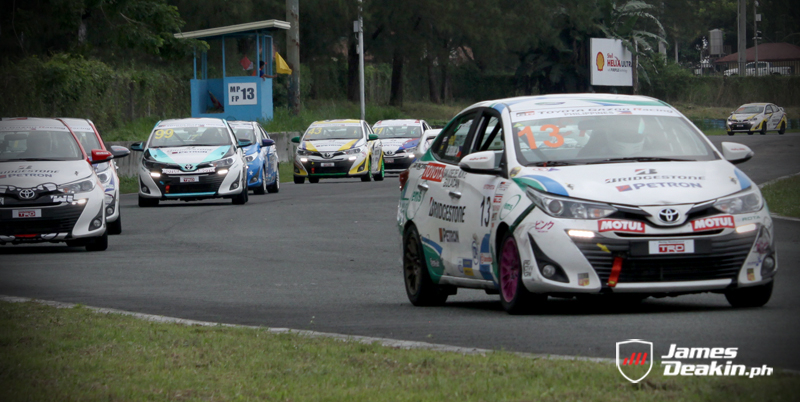 Later in the afternoon, all witnessed the action of the 3rd and final race of the season. A bit of drama ensued as Marc Soong and teammate Francis Adriano figured in an accident in turn 1 of the opening lap. Both drivers were unharmed, but the same couldn’t be said for their cars as both machines were deemed not good for racing after the crash.

Most drivers were lucky to avoid the accident, but some came out with some damage on their rides. One of them is Jon Dizon, who would secure 1st place in Sporting Class. Behind him were Red Diwa and Eggy Ong in 2nd and 3rd places, respectively. The end result also meant that Red Diwa mathematically won the coveted championship title against his closest rivals Dizon and Eggy Ong.

In Promotional Class, Julian Teng and Elysse Menorca went home with 1st and 2nd places, respectively, in he bag. On 3rd was Ian Rosales of Toyota Cebu. Lastly in Celebrity Class, Troy Montero made it 3 for 3 by bagging another 1st place win. He was joined on the podium by Daniel Gerald Anderson and Daniel Matusnaga. 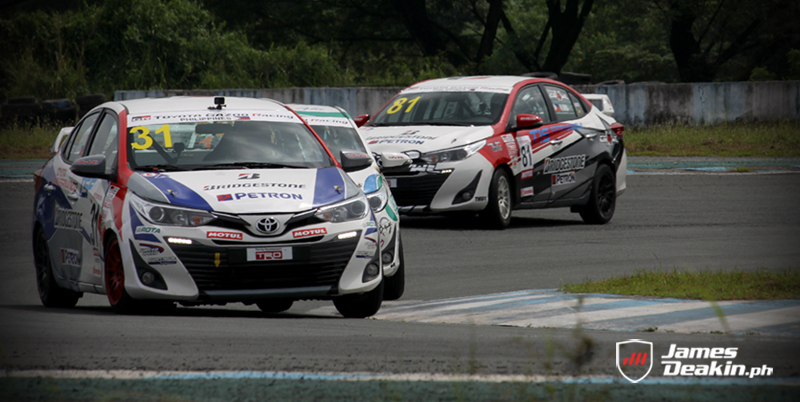 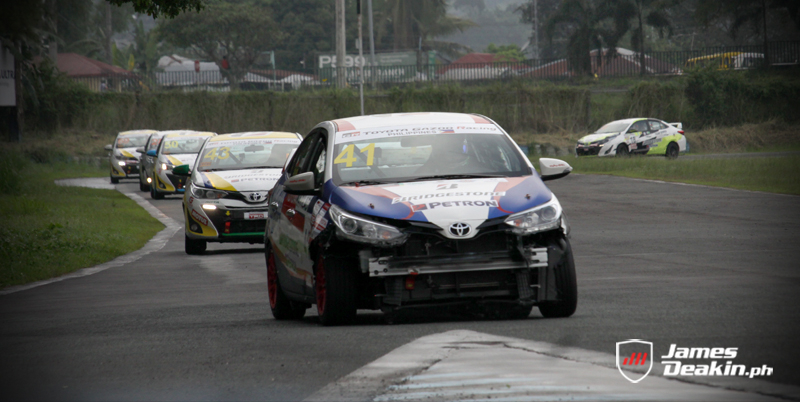 Also held in between and after the Circuit Championship races is the 4th and final round of the Autocross Challenge consisting of media, influencers, and drivers from different car clubs.

Congratulations to all participants of the first Toyota Vios Racing Festival. See you next season. 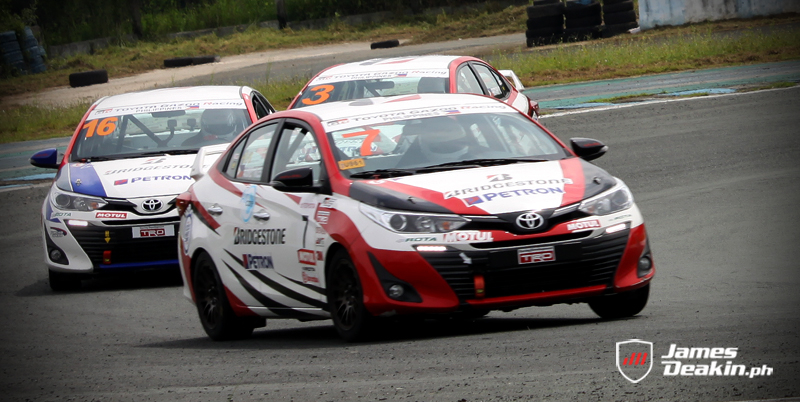 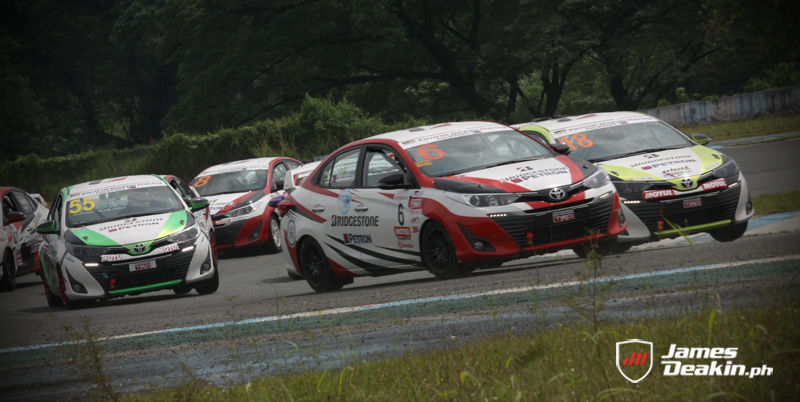 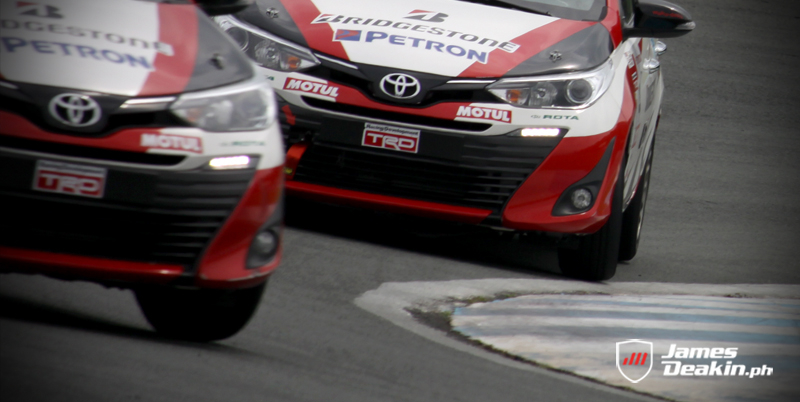 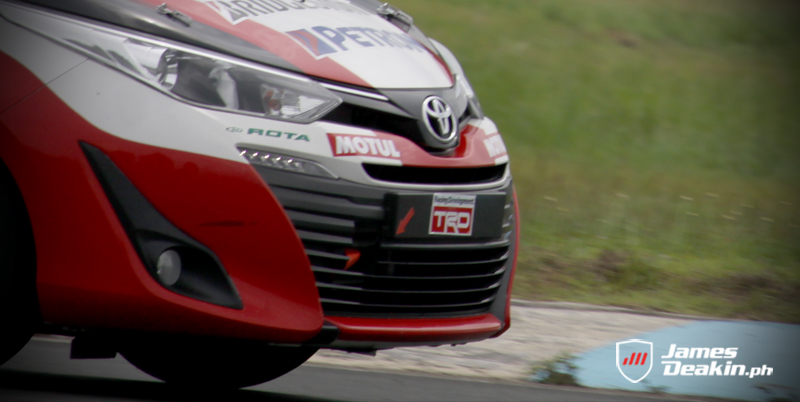 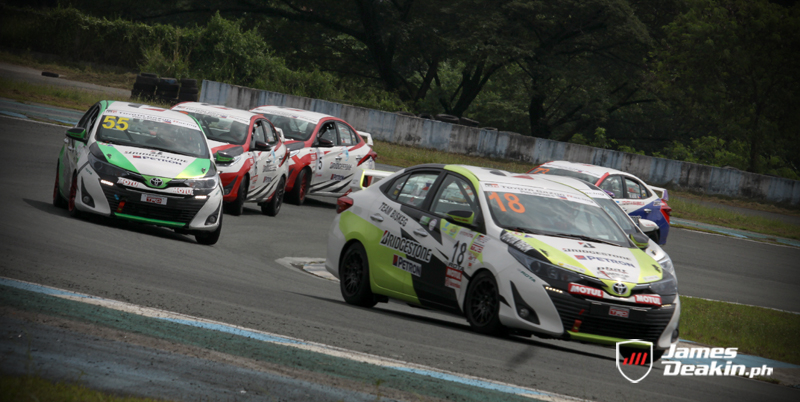 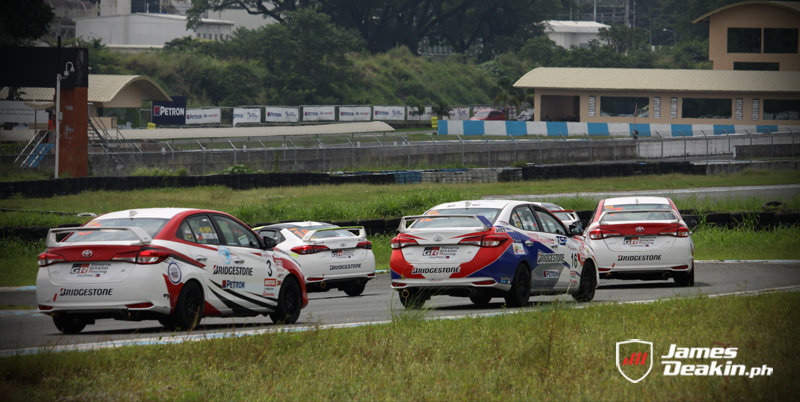 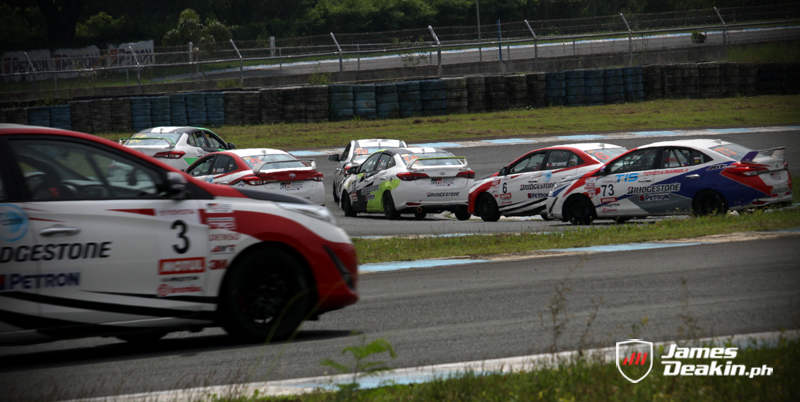 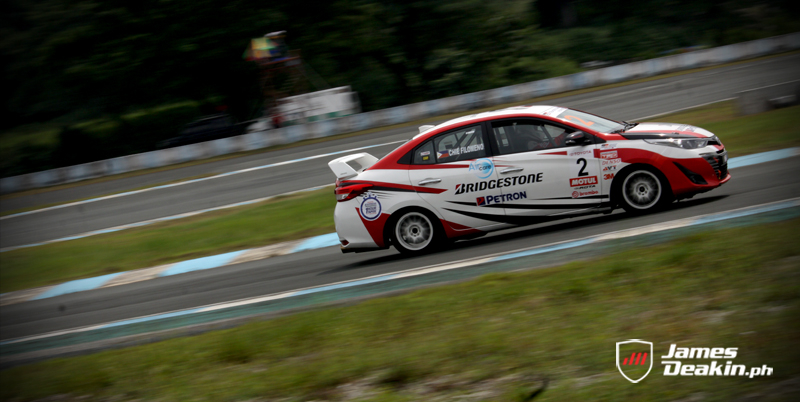 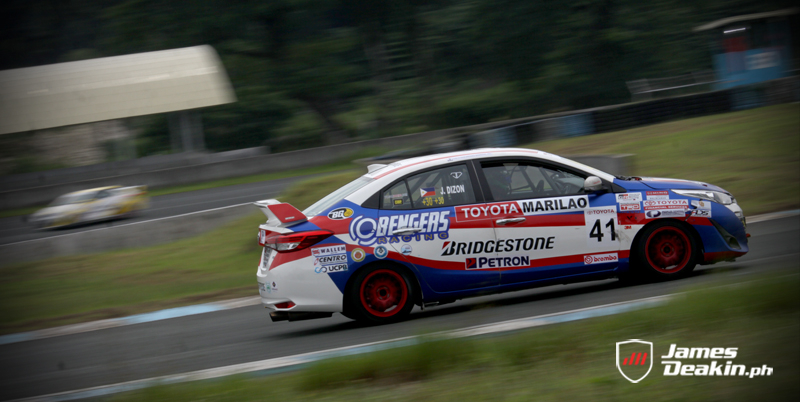 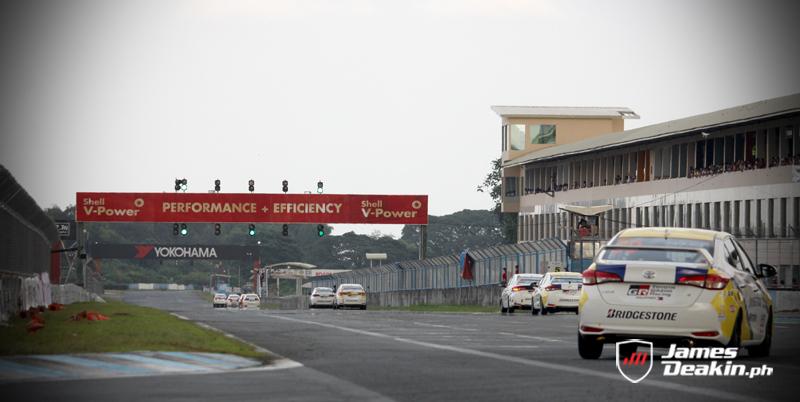 Previous Pause Next
It's 12 days til Christmas, and for the next 2 weeks, Petron has this cool promo just for you
/blog/its-12-days-til-christmas-and-next-2-weeks-petron-has-cool-promo-just-you
Score a P365K discount on a brand new Jeep Compass this holiday season
/blog/score-p365k-discount-brand-new-jeep-compass-holiday-season-00
Autohub Group proudly brings in Triumph Motorcycles PH with its flagship showroom in Greenhills
/blog/autohub-group-proudly-brings-triumph-motorcycles-ph-its-flagship-showroom-greenhills
Isuzu PH donates D-Max pick-up to Caritas Manila
/blog/isuzu-ph-donates-d-max-pick-caritas-manila
Lalamove keeps things moving in full speed with its partner driver empowerment program
/blog/lalamove-keeps-things-moving-full-speed-its-partner-driver-empowerment-program
Explore and conquer the urban jungle with the 2020 Jeep Compass
/blog/explore-and-conquer-urban-jungle-2020-jeep-compass
Suzuki PH’s DEALightful Wheels promo gives you a chance to score a Suzuki motorbike for FREE when you purchase an Ertiga MPV!
/blog/suzuki-ph%E2%80%99s-dealightful-wheels-promo-gives-you-chance-score-suzuki-motorbike-free-when-you
Fuel up and flash your Loyalty Card to a Petron station near you to avail these cool BMW toy cars
/blog/fuel-and-flash-your-loyalty-card-petron-station-near-you-avail-these-cool-bmw-toy-cars
Kia PH adds hip and stylish Stonic small crossover to its growing lineup
/blog/kia-ph-adds-hip-and-stylish-stonic-small-crossover-its-growing-lineup