After 2 action-packed rounds this year, the 2018 Toyota Vios Cup finally held its 3rd and final round at the 4.2 Km-long Clark International Speedway (CIS) in Pampanga last September 22. Organized by Toyota Motor Philippines, this closing round showcased novice, professional, and celebrity racers battling it out against each other for the win.

Like in the previous rounds, the Toyota Vios Cup 2018 Round 3 featured skill level-based racing events namely the Rota Professional Class (which is combined with the Celebrity Class), the Bridgestone Sporting Class, and the top-seeded Toyota Super Sporting Class. Each class had 2 races; one held at the peak of the day, and another one taking place in the afternoon. 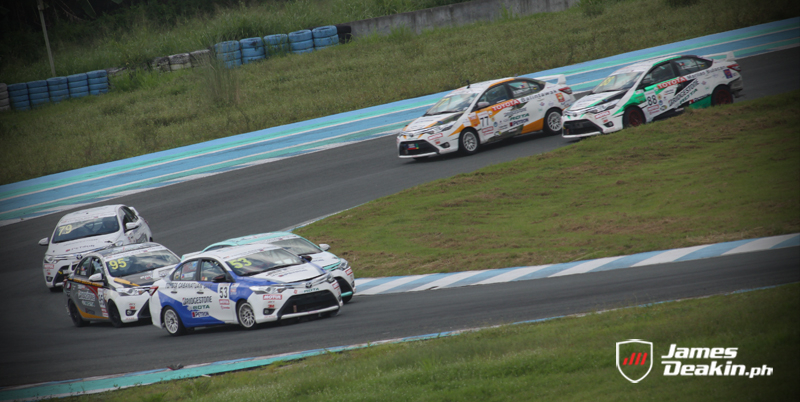 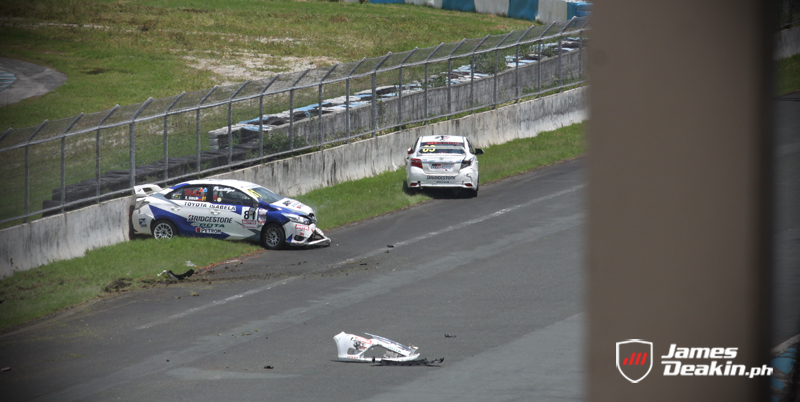 Raceday started off with the Rota Promotional and Celebrity classes taking first dibs on the track. Lady driver Dimple Napat (Biskeg/Toyota Dagupan) took top honors in Rota Promotional Class by clinching 1st place. Not far behind in 2nd was Miguel Cezar (PartsPro Racing), while his teammate JJ Beredo secured 3rd. Meanwhile, the top 3 finishers in the Celebrity Class were Fabio Ide, Chie Filomeno, and Diego Loyzaga who finished the race in 1st, 2nd, and 3rd, respectively.

Up in Bridgestone Sporting Class, John Dizon (Obengers/Toyota Marilao) claimed 1st place, followed by Jon Effinger (AP Corse/Toyota Makati) in 2nd and Gel Napat (Biskeg/Toyota Dagupan) in 3rd. On a side note, Red Diwa (Toyota Isabela) went full force off the line, only to lose control and hit the wall during the opening lap. He walked away unharmed and would race again hours later. 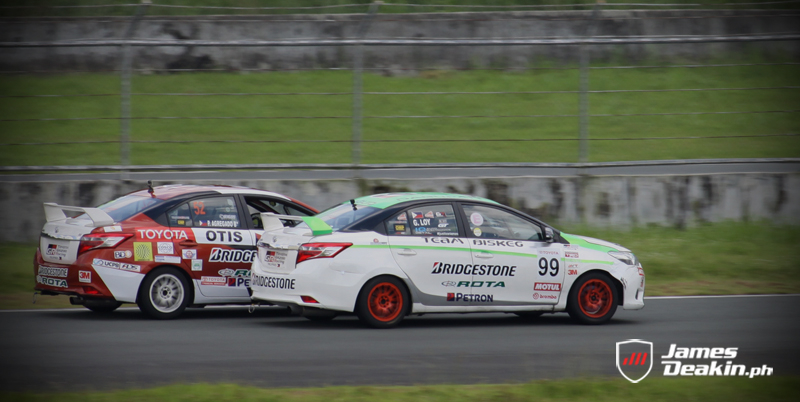 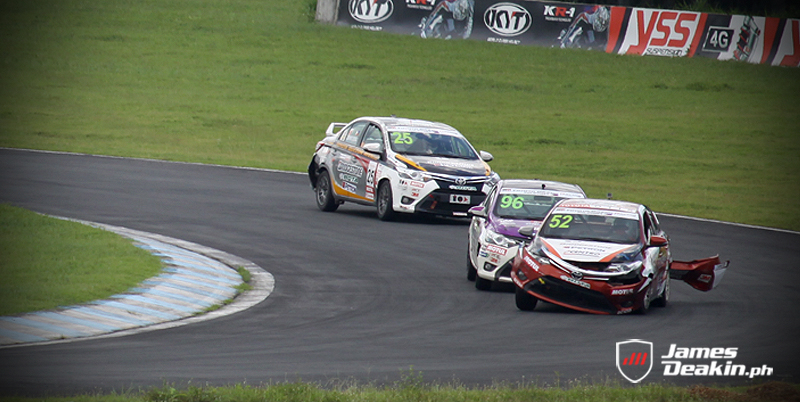 After about an hour’s worth of break time, Race 2 went underway with the Rota Promotional Class and Celebrity Class putting on the heat for the final showdown this year. Just like in Race 1, Dimple Napat emerged as the winner, an impressive feat. In 2nd place was Clive Fermin (Toyota Cebu), while coming in 3rd was JJ Beredo. The Celebrity Class, on the other hand, saw the dominance of Sam Milby over Chie Filomeno in 2nd and Gretchen Ho in 3rd.

John Dizon would repeat his race-winning efforts to claim 1st place once again in Bridgestone Sporting Class. DonVic Portugal came in 2nd, while Red Diwa, who didn’t let his Rac1 1 incident bring him down, rounded off the podium in 3rd.

Finally in Toyota Super Sporting Class, Dominic Ochoa (Toyota Quezon Avenue0 reigned supreme in 1st place. This was his first time to win the championship, an achievement which underscored the actor-turned-racer’s 5-year-long career as a Vios Cup participant. Joining him on the podium in 2nd was Keith Bryan Haw (Obengers/Toyota Otis), while Estefano Rivera (Obengers/Toyota Balintawak) settled for 3rd.

Overall, the 5th season of the Toyota Vios Cup was a blast. From its well-anticipated opening round in Clark, to its return to the streets of Metro Manila in Round 2, to this just-concluded 3rd Round in Clark, everything was well worth it. Looking forward to Season 6 next year, and the “possible debut” of the all-new Toyota Vios as the event’s new official racecar. 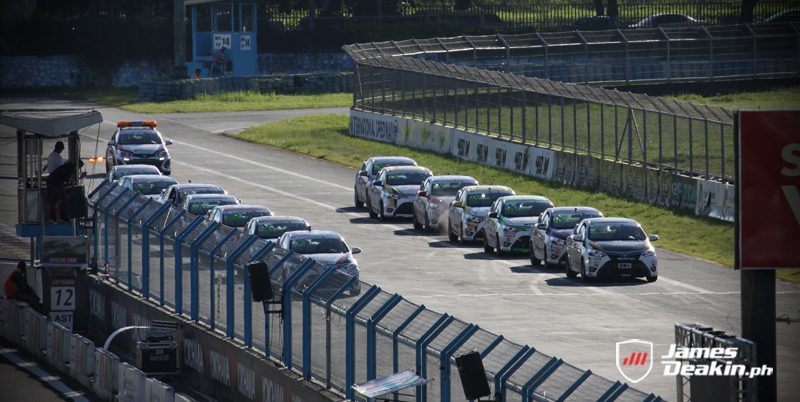 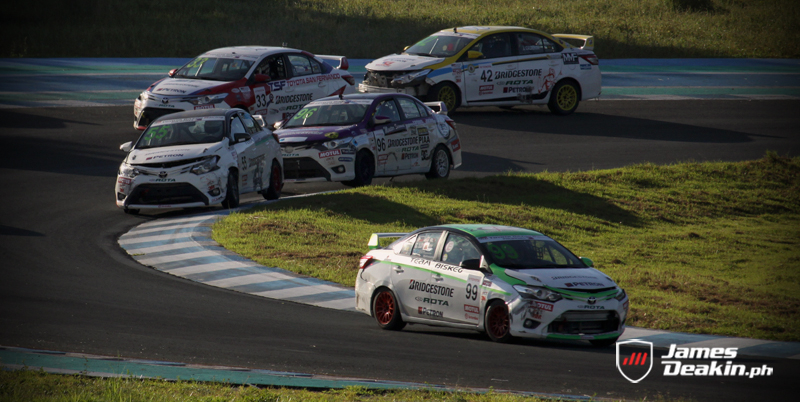 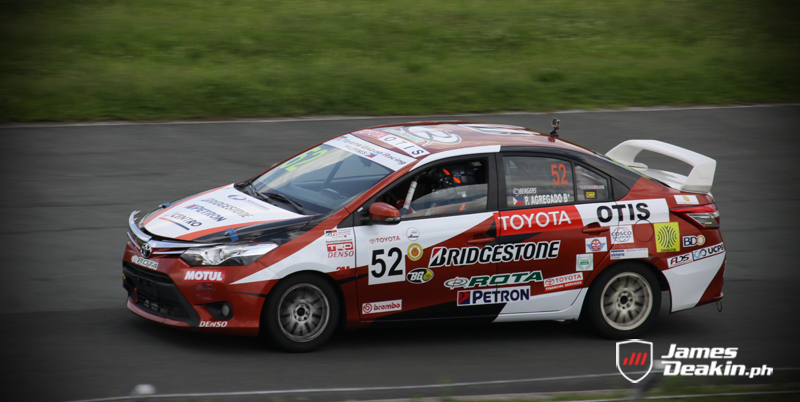 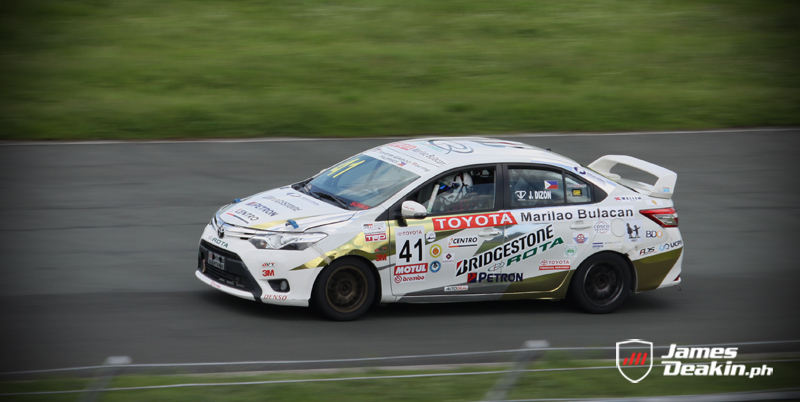 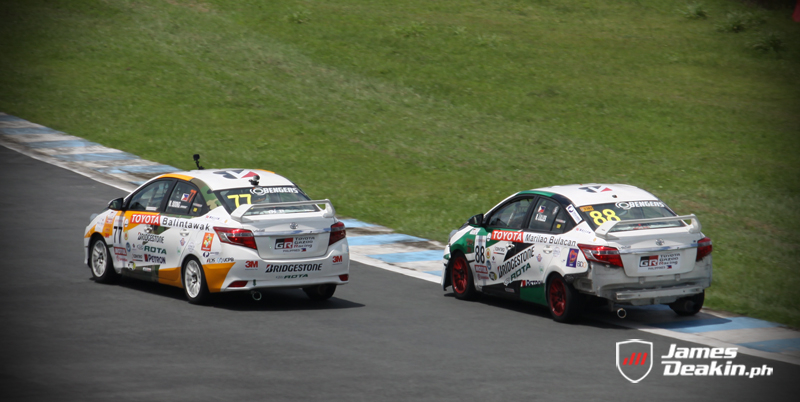 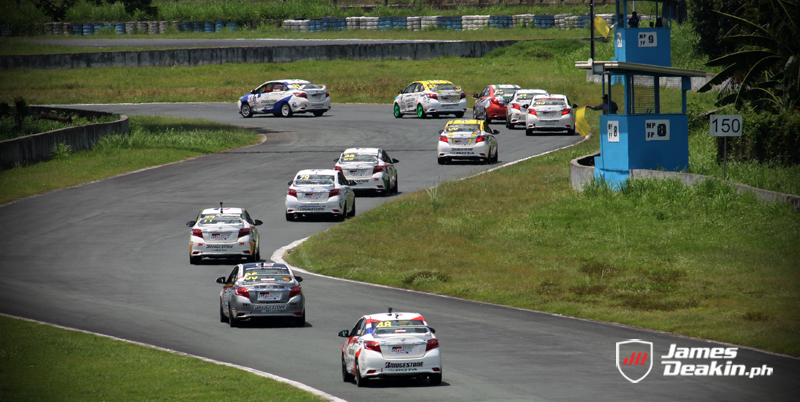