The municipality of Santa Rosa in Laguna is considered by many as the Detroit City of the Philippines, seeing the steadily growing number of automotive showrooms and factories the area has in store. Proof of this is the recent opening of Volkswagen Santa Rosa, the German brand’s 8th showroom in the country and the first ever Volkswagen dealership in southern Luzon.

Capitalizing on the municipality’s booming economy, AC Industrials, an affiliate of the Ayala Corporation and the official distributor of Volkswagen vehicles in the Philippines, saw the potential for business growth in the area due to its close proximity to a number of major roads, establishments, and towns in the CALABARZON (Cavite, Laguna, Batangas, Rizal, Quezon) area.

Volkswagen Santa Rosa is owned and maintained by the Lica Auto Group’s Strasbourg Auto Corporation, and for the record, it is the first Volkswagen dealership under its name. It is located within the Greenfield Automall along the Santa Rosa- Tagaytay Road. It stands on a 620 sqm lot with a showroom good for 6 to 8 car displays. There, clients can check out the brand’s latest offerings such as the Santana, Lamando, Lavida, Passat, Tiguan, and Crafter. In addition, it also has a spare parts section and a service area with 3 service bays, two of which come with car lifters. 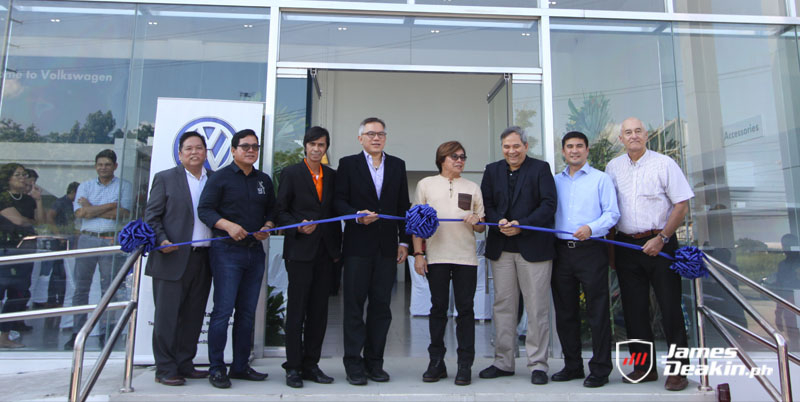 "Establishing our 8th Volkswagen dealership in the country, at the economic epicenter of a developing phenomenon that is the Calabarzon area, was a very easy decision to make. And in collaboration with the Lica Auto Group, we are able to establish our presence in a very exciting market. Now, the region's residents and enterprises will have more access to the German engineering, build quality, and driving experience of Volkswagen automobiles and the accompanying Volkswagen aftersales services and support," shared Volkswagen Philippines’ President Felipe Estrella.