It was only last March when Volvo unveiled the second-generation XC60 at the Geneva Motor Show.  And after a short span of time, the compact luxury SUV is set to make its way to our shores. In fact, Volvo Philippines has already previewed the car to a select group at a Crayfish Party organized recently, together with the Nordic Chamber of Commerce of the Philippines.

Held at the Sofitel Philippine Plaza, the event was graced by Ambassadors of Scandinavian countries and other guests who got a firsthand glimpse of the XC60’s svelte flanks and cutting-edge tech and features. As Volvo Philippines officials point out, the new XC60 is more premium and boasts a wealth of safety kit that is set to put it at the top of its class.

The latest iteration of Volvo’s compact SUV, for instance, packs goodies like blind spot indication system, oncoming lane mitigation, and a semi-autonomous driving mode called Pilot Assist. In true Volvo fashion, it promises to protect occupants and other road users with these and other safety systems.

The local-spec Volvo XC60 will come with a range of gasoline and diesel engines. The oil burners include a 2.0-liter, 190hp D4 and a D5 wth PowerPulse technology putting out 235 horses. The gasoline mills, meanwhile, come in T5 that’s rated at 254hp and a T6 model that gets both turbocharging and superchargers, good for 320hp and 400Nm.

This being a Volvo, owners will be pampered by a slew of comfort and convenience features to make the journey more pleasant and less stressful. The four-zone CleanZone climate control system cleans the air inside the cabin, while the Sensus driver info and connectivity system keeps occupants entertained and connected even while on the go.

The Volvo XC60 will be officially launched in the country before the end of this year. 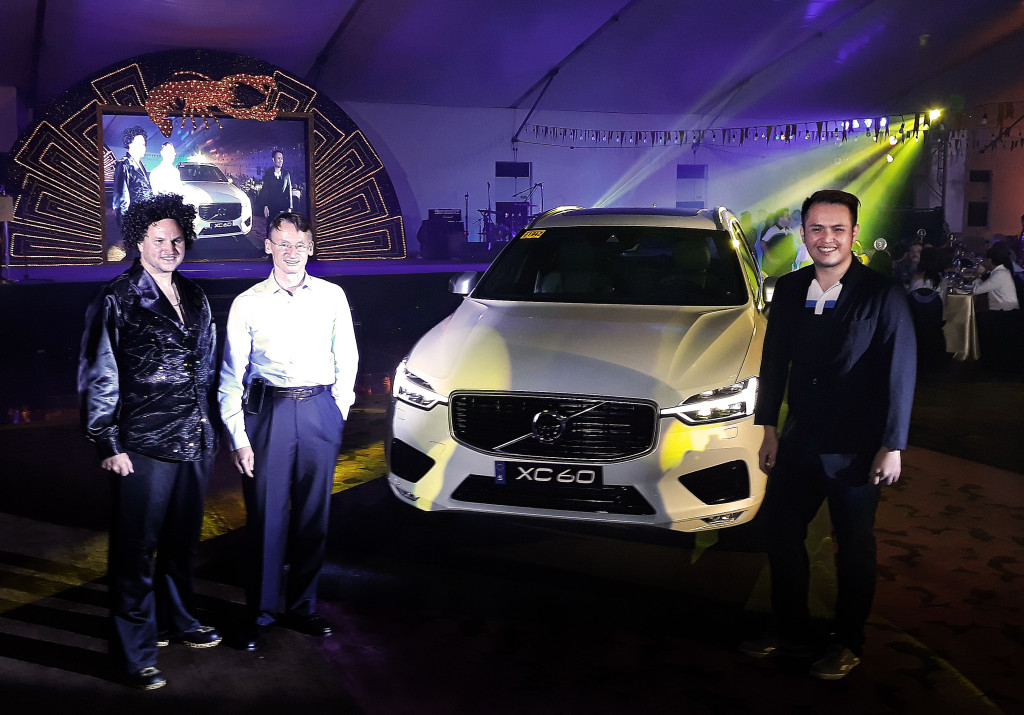