Around a year ago, Aston Martin revealed its take on a hypercar that would rival those from other luxury marques such as Mercedes-Benz, and BMW. The Aston Martin Valkyrie, also known as the Nebula or AM-RB 001, was as cutting-edge as they come. Or so we thought. Apparently, Aston Martin and co-developer Red Bull advanced Technologies aren’t exactly finished with it.

On the contrary, the two companies have put in a host of tech goodies that will make any car- and tech geek’s blood pressure rise with excitement. The styling takes its cue from Formula 1 cars and boasts both form and function. The headlamps, for instance, are hidden behind anodized aluminum frames that not only look good but are likewise much brighter. Then there are the openings between the cockpit and front wheels that give exceptional downforce.

Other intricate details can be seen at the front and rear. The front features the lacewing or Aston Martin badge, which in this case, is a chemical etched aluminum badge. This one is 30% thinner than the human hair and 99.4% lighter than the standard logo. The rear piece, meanwhile, is the center high-mounted stoplight. Touted as the smallest one in the world in a production car, this LED light is just 5.5mm wide and 9.5mm high, placed on the Valkyrie’s airbox and rear bodywork. 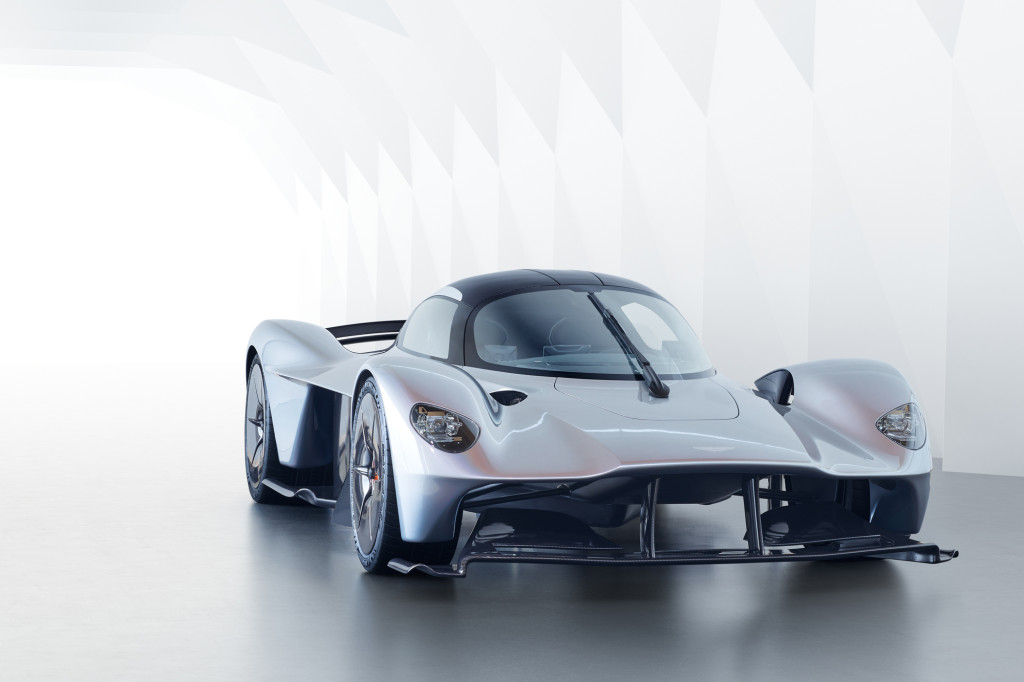 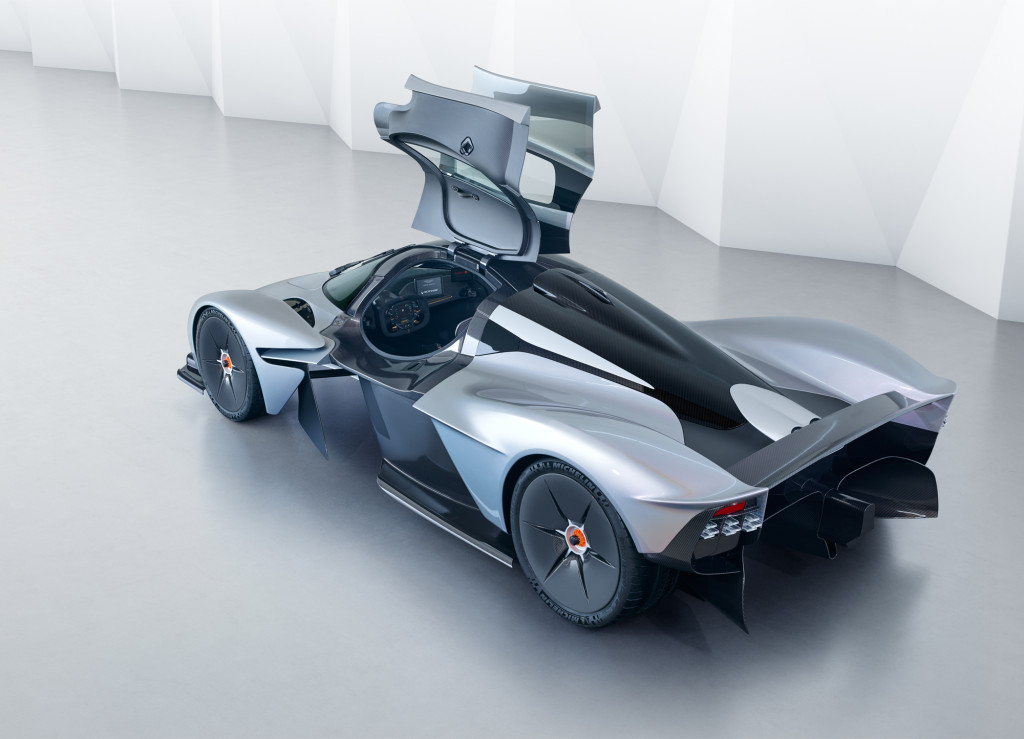 The innovations do not end there. The swooping glasshouse doesn’t have any obstrctions or pillars to hamper visibility. Then there are no door mirrors. Instead, Aston Martin has positioned two tiny rearward-facing cameras in place of conventional mirrors, with displays on the inside of the A-pillar base. And to further remove driver distraction, all controls are mounted on the steering wheel, with the vehicle’s instruments shown on a single OLED monitor. And just like an F1 car, the steering wheel is detachable to aid ingress and egress, as well as provide added security.

Yes, the occupants may sit in an F1-style feet-up position. But this simply further emphasizes the true essence of this precision machine—a car that is meant to be driven both on the street and on the racetrack to extract its full potential. 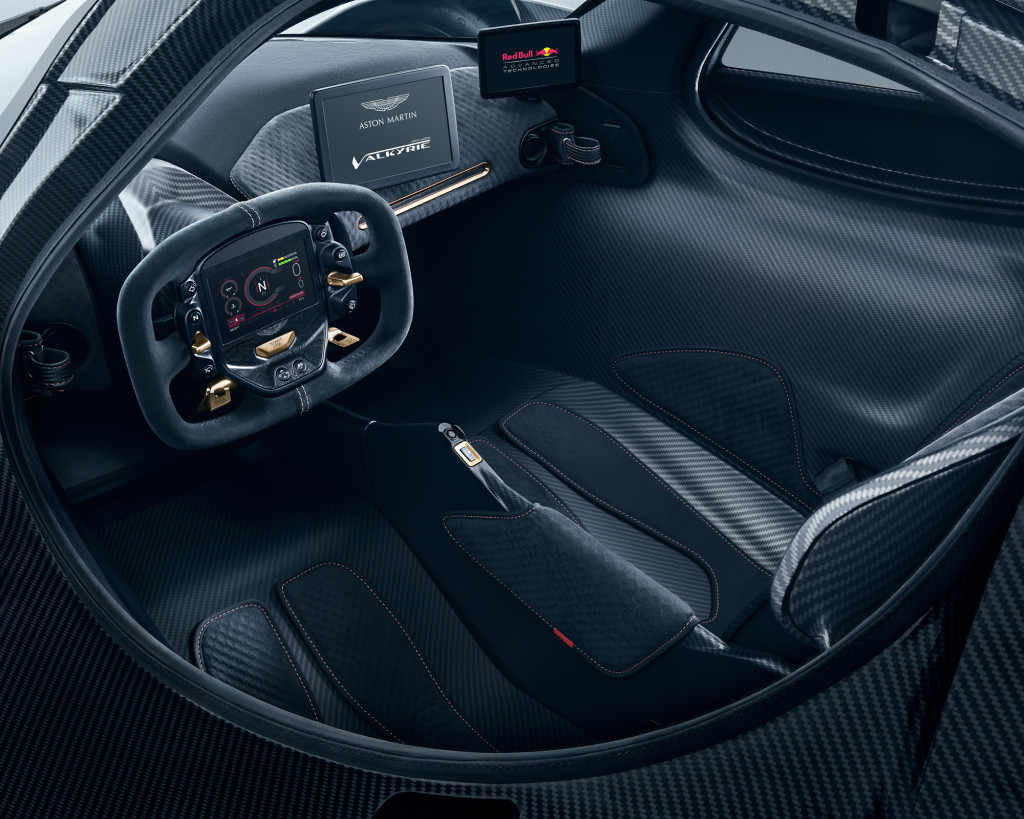 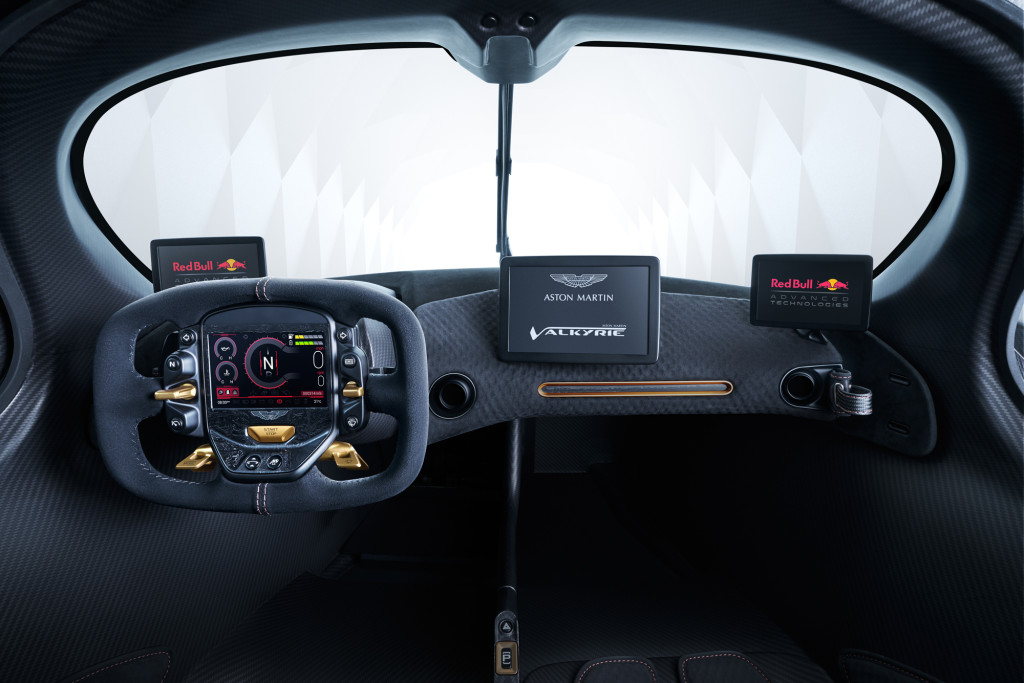 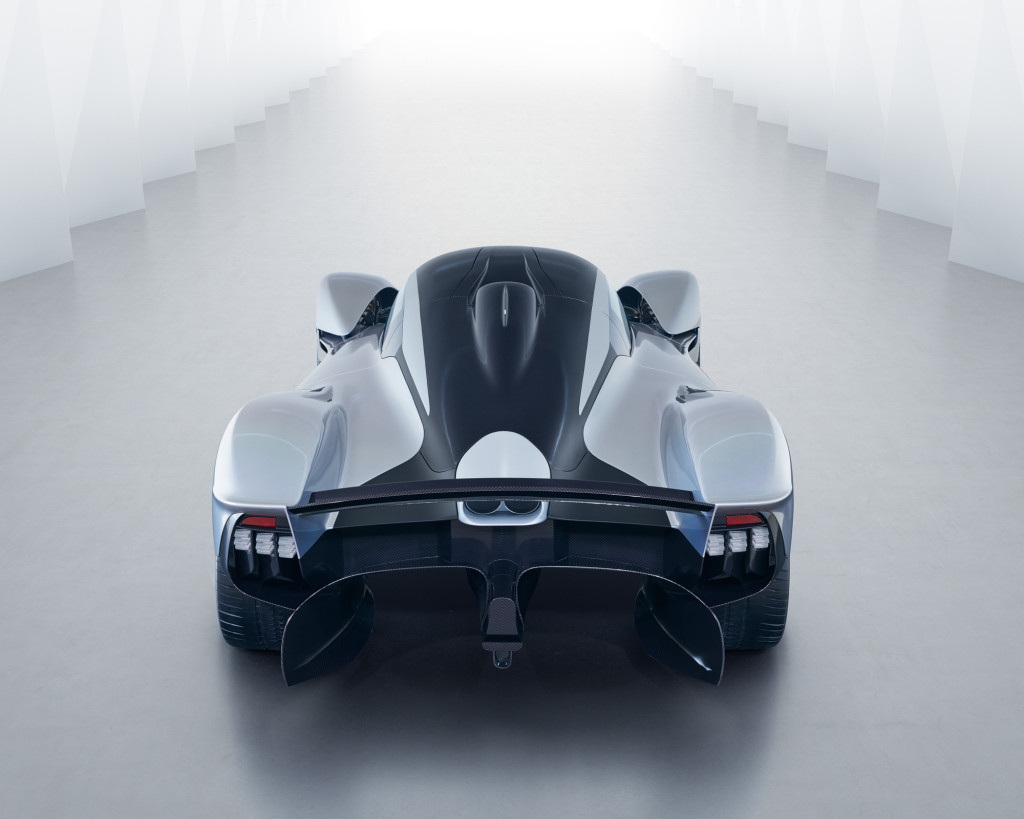