On May 19 to 20, the Metrotent and Metrowalk in Pasig City will play host to an automotive event that’s 10 years in the making. Presented by Blade Auto Center, Fubu Manila, Total Excellium, and B2Bcarshow, it’s the 10th anniversary celebration of the Hotter Summer Nights car show!

In detail, the Hotter Summer Nights year 10  (dubbed as “Motoring Music Festival”) will feature some of the coolest customized cars and SUVs on the local automotive scene today.

In addition, this 2-day special celebration will also be home to a barrage of performances from some of the country’s hottest names in the music industry. These include Gloc 9, Rocksteddy, DJ Jennifer Lee, Absolute Play, Arra Pascual, Mobstarr, Paolo Santos, Robin Nievera, and Color It Red featuring Blade Auto Center’s Bandang Blade.

But that’s not all as Fubu Manila will fire things up a notch with its Fubu Queens as well as its The Hood! Aside from this, there will also be hip-hop artist performances, intense rap battles, revved up DJ parties, a tattoo convention, and hoops challenge for those who like to play ball in style.

Of course, B2Bcarshow’s team of B2B Babes will also be there. 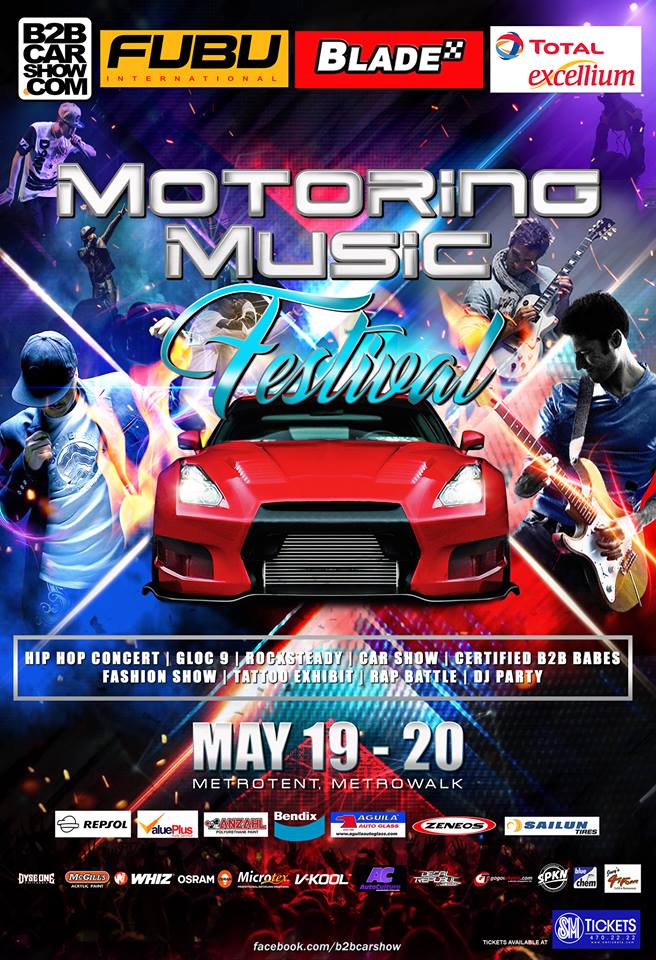