Even with the onslaught of Typhoon Domeng and the “habagat” (southwest monsoon), the 4th round of the 2018 Petron FlatOut Race Series (FORS) pushed through in style – a stark contrast to the scorching heat of the 3rd round a few weeks back.

Held last June 9 at the Clark International Speedway, the country’s premier grassroots racing event saw tons of rain-soaked action that tested both man and machine. The track was exceptionally slippery. To make things worse, visibility was at the minimum. But these didn’t stop those still daring enough to conquer the day’s Time Attack and Grid Race events. 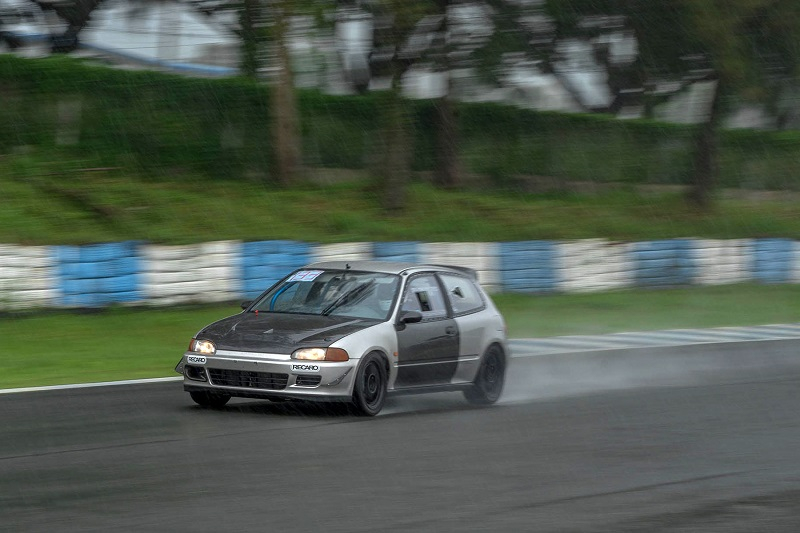 Despite the gloomy weather, the situations in Brackets R and A were rather hot as Rafael la O's fire power was put to the test. Although he dominated Bracket R with his best lap time of 2:16.762, he found himself 2nd behind Gabby Sohu, the fastest driver in Bracket A, who clocked in at 2:21.310. Eduardo Suiza came 3rd.

In Bracket B, Jero Consing was the fastest, followed by Paolo Santos in 2nd and Raffy Sohu in 3rd. Down in Bracket C, Errol Panganiban stopped the clock at 2:31.188, a best lap time which placed him 1st. On the other hand, Bracket D was filled in by Raffy Rabe, Rommel Guevarra, and Robert Tan who placed 1st, 2nd, and 3rd, respectively.

Kenneth Santos set the fastest lap time of 2:38.436 in Bracket E, more than enough to place him ahead of Michael Rivero in 2nd and Franklin Ong in 3rd. Meanwhile, Bracket F saw Kody Ng as the fastest driver, followed by Amiel Del Mundo in 2nd. Mark Pascual clocked in the 3rd fastest. Down in Bracket G, lady driver Chenee Jimenez found herself placing 1st. And lastly, the top 2 fastest in the 86 Class were Edwin Sarmenta in 1st and Christopher Co in 2nd. 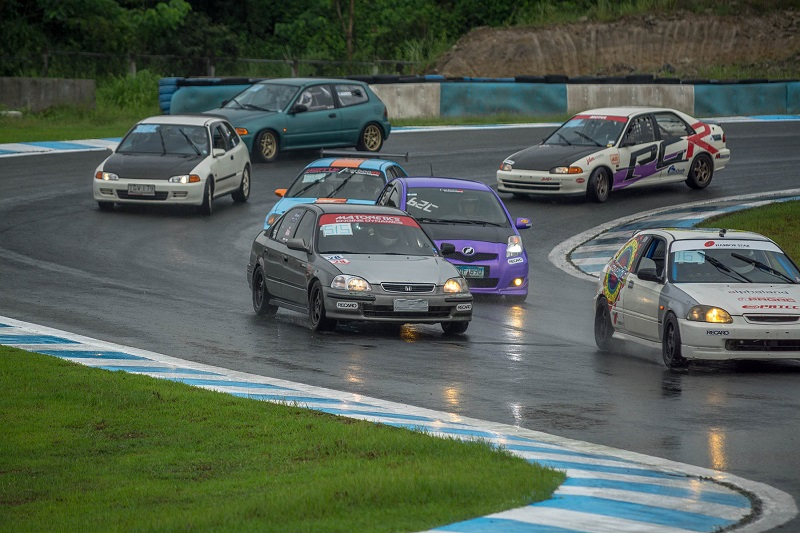 As the day continued, so did Typhoon Domeng’s reign. This prompted the officials to put a word of caution to the drivers as they pressed on with the Grid Races. Despite this, the combined Staunch Performance Grid D and SmartFuels 2 Race Grid E race went underway. Safety concerns were on an all-time high, with the race being capped to just 5 laps. But this didn’t mean it was short-changed in terms of action.

In fact, Paul Ongcuangco, Andre Makkina Tan, Erwin Manaog, and Franklin Ong engaged on a tricky 4-way battle in Grid D. The men faced hairy situations and close calls during the intense 5-lap race, but Ongcuangco came out on top to finish 1st. On his trail were Tan and Manaog who crossed the line 2nd and 3rd, respectively. Felix Chua concluded the weekend with a race-winning stint in Grid E. Joining him on the podium were Mark Pascual in 2nd and Amiel Del Mundo.

By afternoon, Typhoon Domeng went ballistic, unleashing even heavier torrents of rain. It was at this point where the stewards decided to hold off the Petron Grid A, KYB Grid B, and Recaro Grid C races for safety reasons. In the end, it was agreed upon by both the stewards and the drivers to reschedule the races on the next round.

Speaking of the next round, underline July 14 on the calendar as the 2018 Petron FlatOut Race Series will head down south at the Batangas Racing Circuit for Round 5.

The 2018 Petron FORS is made possible by the following sponsors and media partners. Photos by FlatOut Race Series.