Winding back the time to November last year, Mitsubishi Motors proudly introduced the 2019 Strada pickup (known elsewhere as the Triton L200) in an event held in Bangkok, Thailand. The truck flashed a fresh face with bits of changes inside and out to make it look cooler and be more functional for commercial or private use.

At the time, we could only speculate on how and when Mitsubishi Motors Philippines Corporation (MMPC) will be bringing the new Strada into the local market to challenge the competition. Fast forward to January 26 this year, our speculations were answered in style as MMPC finally launched the new Strada in what was an epic off-road experience held at the Pradera Verde rally cross stage in Lubao, Pampanga. 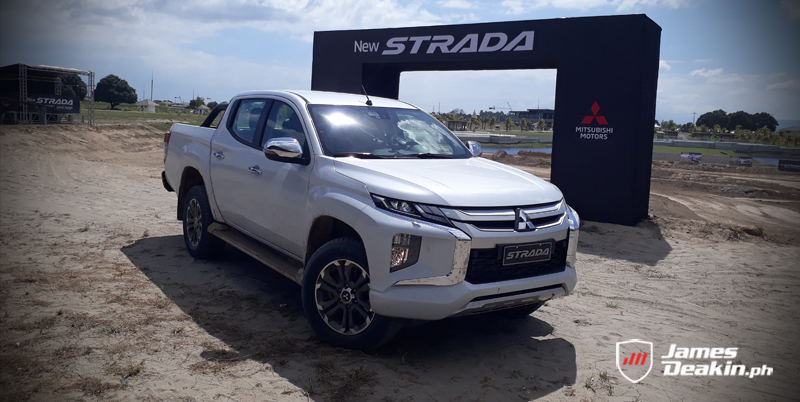 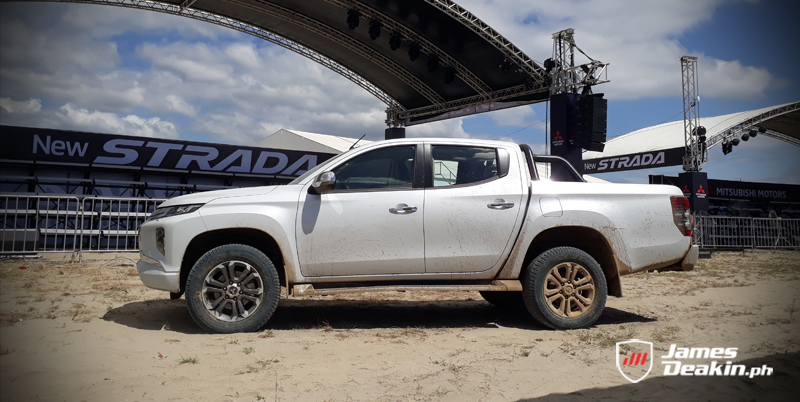 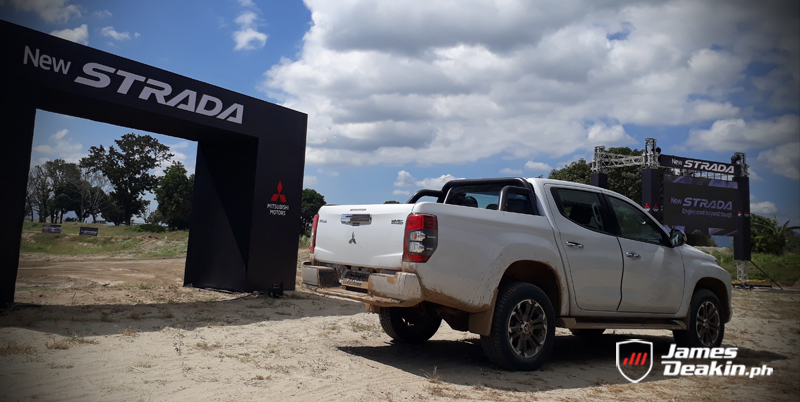 Much of what the new Strada has in store was already covered on our feature of its global reveal. In brief though, it not only presents a bolder new “Dynamic Shield” fascia, it also adheres to Mitsubishi’s “Rock Solid” design and structure concept. This is characterized by the said fascia design, improved chassis, enhanced underpinnings, and beefed up safety.

Of the interior, the new Strada features a restyled soft-touch dash with piano black trims and silver accents. At the center is a 2-DIN head unit with a touch screen LCD multimedia monitor. This infotainment system is capable of supporting MP3 players, iPod, and Bluetooth media devices. Tech-savvy people will also be delighted to know that all 6 variants of the new Strada come with the said infotainment system, plus the navigational functionality of GPS to those who like to explore the ins and outs of the metro. 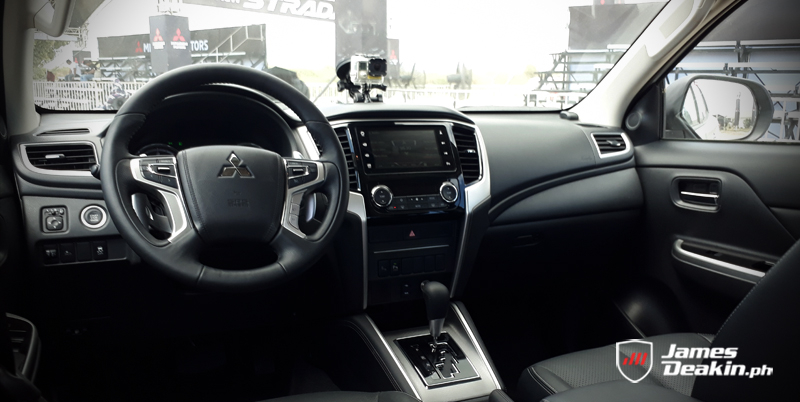 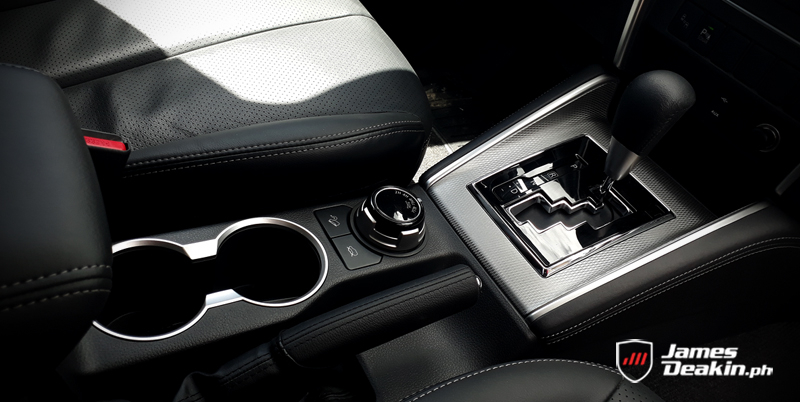 (Note: The new Mitsubishi Strada does not come with the action camera seen on the above interior photo. The feature unit on this article was that of the test unit used in the Off-Road Expeience course.)

Yes, the new Mitsubishi Strada is offered in the Philippines with 6 variants to choose from; 4 of which come in 4x2 platforms, while the remainder sports 4x4 layouts. Do note that all 6 variants are now motivated by a 179 hp 2.4L inline 4-cylinder engine with a pulling power of 430 Nm. The motor comes with variable geometry turbo and MIVEC (Mitsubishi Innovative Valve timing Electronic Control System). Depending on the variant, it would spin a 6-speed gearbox available in manual or automatic with Sports Mode and paddle shifters.

Safety was also made paramount in the new Strada. That said, some of its highlight safety goodies include Forward Collision Mitigation, Active Stability and Traction Control, and Hill-Start Assist, among others.

All these improvements in design, tech, and safety were put to the test during MMPC’s new Strada launch event which was highlighted by an off-road experience. This off-road experience was of 2 folds; a test drive and a taxi ride. The former allowed gusts to hop in and take the new Strada for a spin around a short course within Pradera Verde. The latter was the more thrilling one as guests were treated to a shotgun ride with 2-time Dakar rally champion Hiroshi Masuoka behind the wheel. The off-road courses featured numerous jumps, tight turns, elevations, and banking that showcased the improved handling of the new Strada. 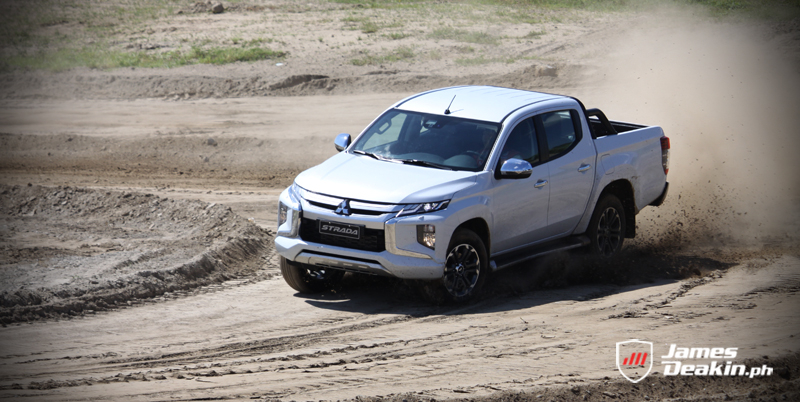 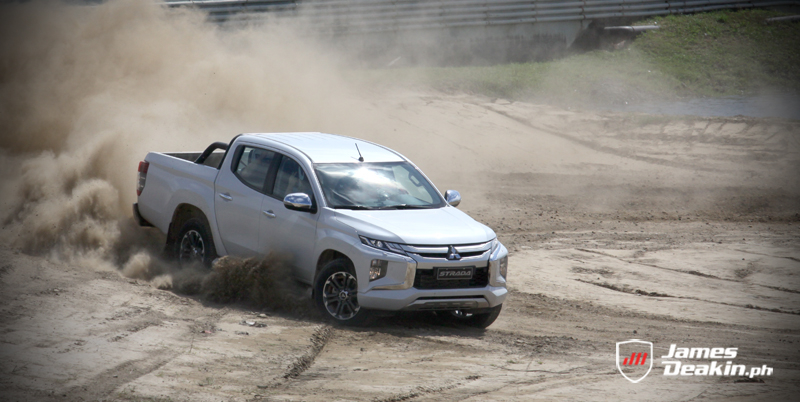 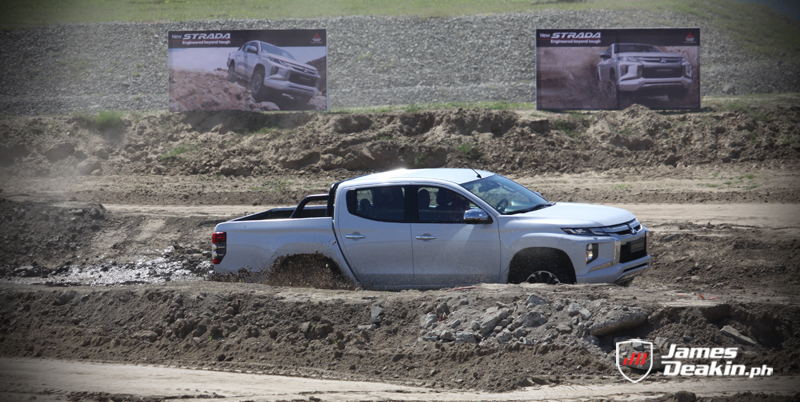 Of note, MMPC is now selling the new Strada across all of its dealerships nationwide. Prices and variants are as follows. 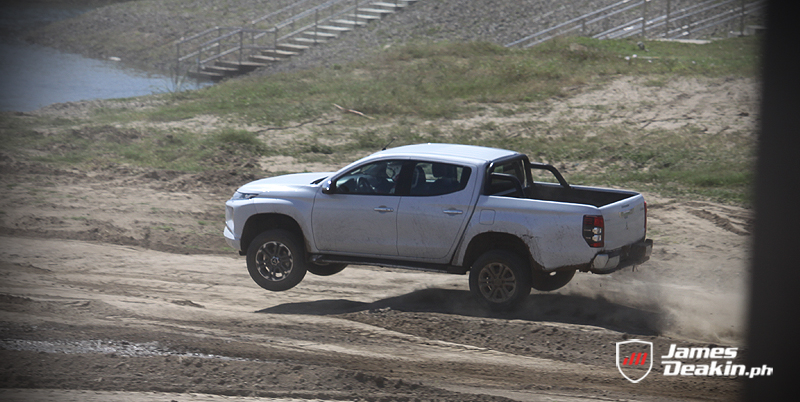 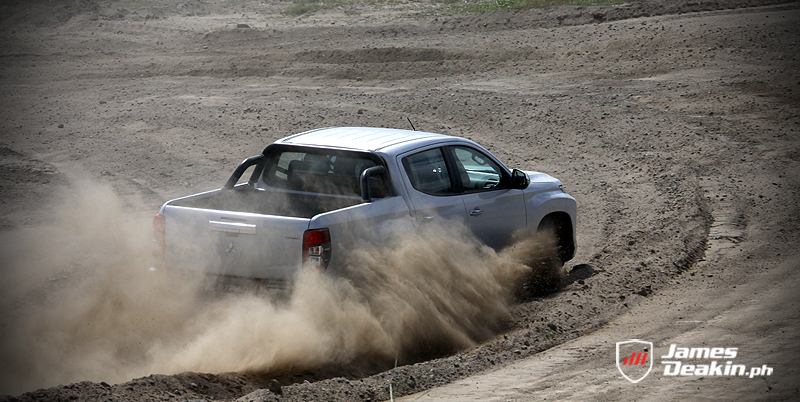 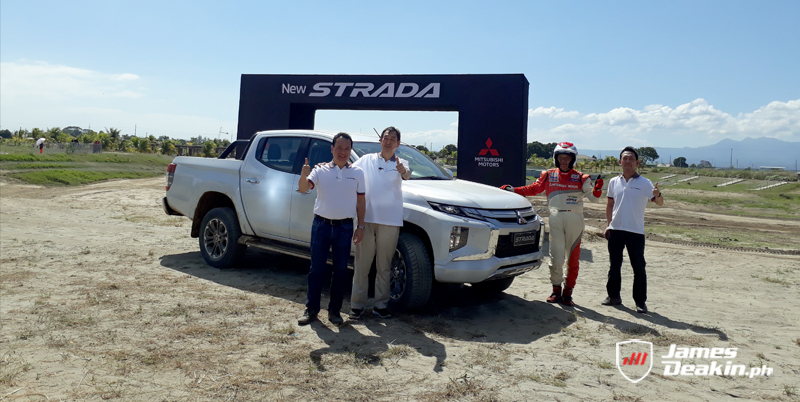