It’s a well-known fact that with every new BMW 5-Series that enters the scene, the M5 is by far the most eagerly awaited variant. Since 1984, the performance-oriented M version has been the benchmark of the segment. And now, BMW reveals the latest-generation M5 to an excited world.

The newest M5 mixes the traditional recipe of an ultra-luxurious sedan and race-track ready performance with a few goodies to up the ante in terms of driving pleasure and performance. The new BMW sports sedan, for instance, is the very first model of the series to feature a cutting-edge all-wheel drive system known as M xDrive.

What sets this system apart from the usual suspects is the central transfer case with multi-plate clutch. This distributes power variably between front and rear axles. It works in with the Active M Differential on the rear axle. These two systems combine to give the M5 the utmost traction and grip on any driving surface.

Moreover, drivers can spec the M xDrive to suit their style. Thanks to a toggle switch, one can choose to tailor the Dynamic Stability Control (DSC) to either DSC On, DSC Off, or the M xDrive to 2WD, 4WD, or 4WD Sport.

The outstanding grip and ride comfort promised by BMW is helped in no small part by the Variable Damper Control and innovative suspension system. The driver can even choose between Comfort, Sport, and Sport Plus to optimize either ride suppleness or surefooted handling. 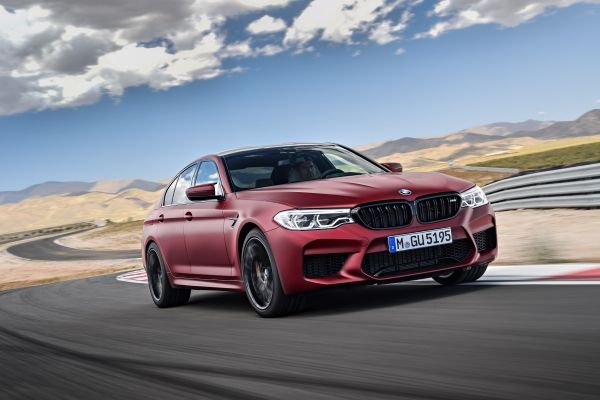 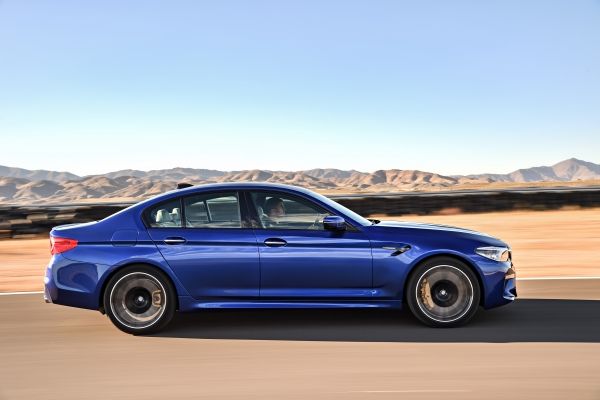 Another facet of the new BMW M5 can be found under the hood. The upgraded 4.4-liter V8 motor with M TwinPower turbocharging now develops a whopping 600hp and 750Nm of torque. This engine is itself noteworthy in that it contains goodies like new turbos, indirect charge air cooling, as well as increased fuel injector pressures.

All that grunt is coursed through an 8-speed M Steptronic gearbox with DriveLogic and lightning-quick reflexes. This allows the M5 to blast from 0-100kph in 3.4 seconds, 0-200kph in 11.1 ticks, and hit an electronically-governed 250kph top speed. One can even specifcy the M Driver’s Package that increases terminal velocity to 305kph.

Of course, no M5 is complete without the subtle yet still distinctive bodywork. The latest one gets wider front and rear fenders, larger vents on the front bumper and side front panel, and a rear diffuser that proudly shows off the exhaust pipes.

The look is finished off by polished 19-inch alloys with 9.5 x 19 rims up front and 10.5 x 19 tires at the back. This can naturally be upgraded to 20-inches. Either way, the rims hide the standard compound brakes with blue-painted six-piston and single-piston calipers front and rear, respectively. These units not only save weight but give the car a distinct look.

The sixth-generation BMW M5 will be available to order beginning this September. These—including a special 400-unit BMW M5 First Edition with BMW Individual Frozen Red paintwork—will be shipped starting in the second quarter of 2018. Plus, the car can be enjoyed on Need for Speed Payback. 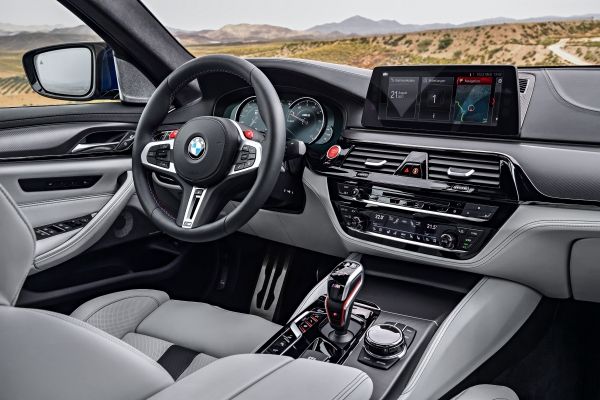 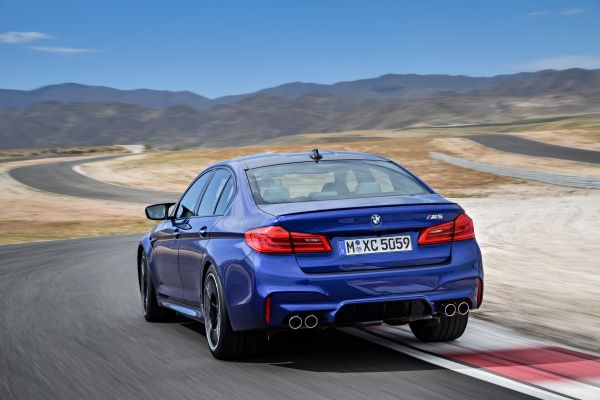