First was a fundraiser in Metro Manila. This was followed by similar undertakings in Davao and the Bicol region. Now, its Northwest Lzon’s turn to benefit from the Caltex Fuel Your School project.

As with previous campaigns, Caltex, through Northern Star’s 26 filling stations, will donate P1 per liter of fuel purchased from June 1 to July 31, 2018. This will then be combined with an outright donation of P1.5 million from the Northern Luzon fuel station group. With a goal of raising around P3 million, all proceeds will be donated to a select group of highest need public high schools that will be determined by ACFP and the Department of Education.

The funds will be used to purchase learning and teaching equipment such as laptops, electronic microscopes, telescopes, multimedia projectors, and the like. In the past, Caltex and its various partners have helped raise some P11 million to fund similar projects in the aforementioned regions and provinces throughout the country. 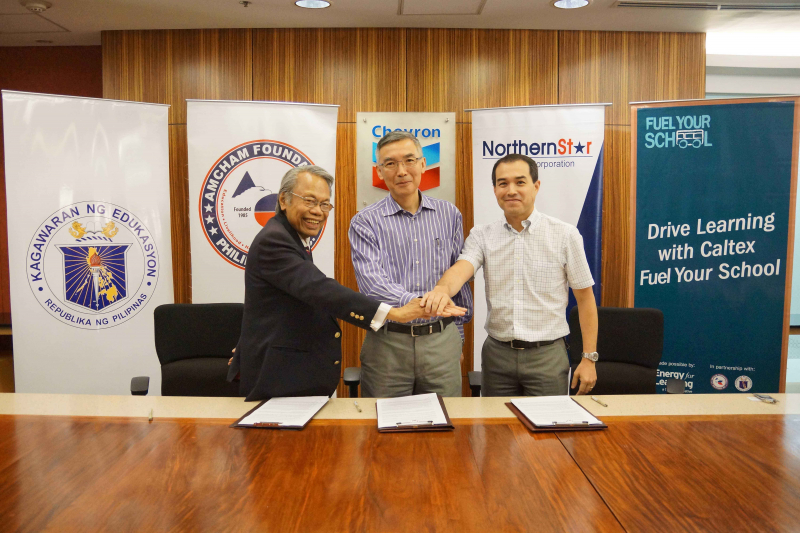 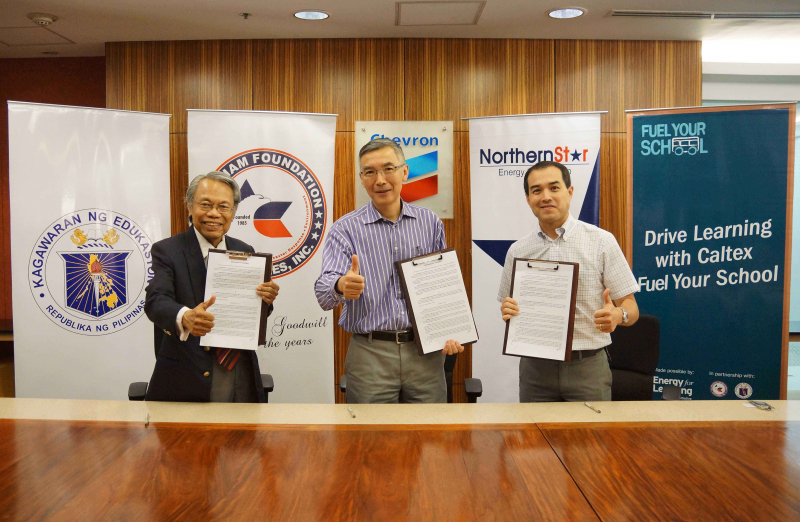 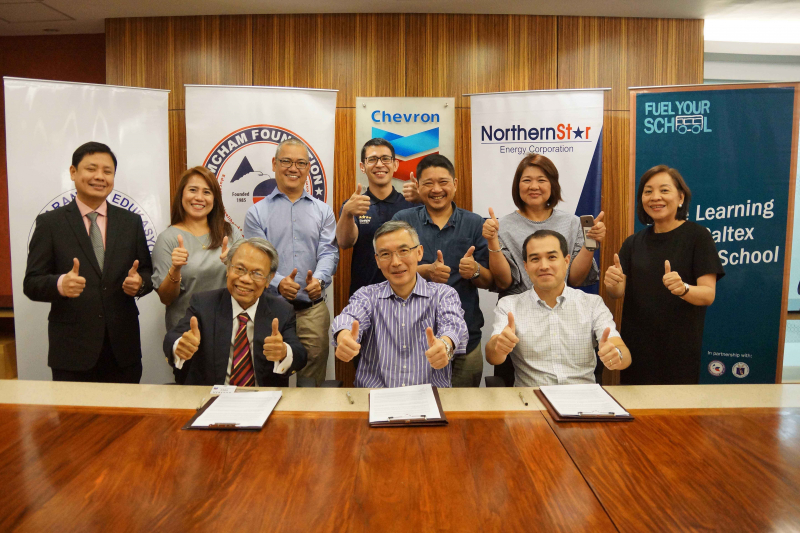 Above photo shows Caltex, Northern Star and Amcham Foundation executives teaming up to help thousands of public high school students in Northwest Luzon get modern equipment for learning math and science through Caltex Fuel Your School.