Last May 2 to 4, all roads led to the Zhuhai International Circuit in China for Round 2 of this year’s TCR Asia Series. Fresh from his awesome debut last month and a recent breakthrough on his racing career, young Cebuano driver Daniel Miranda proved that he’s a true force to watch out for as he scored yet another podium finish.

Carrying his Cebuana Lhuillier-backed team Eurasia Motorsport, Miranda stormed the qualifying round by securing 5th place and a clear vantage point to take an early lead. It was all well and good in Race 1, until his #20 Hyundai i30 N TCR racer suddenly faced a clutch problem early on in the opening lap. As a result, the team had no choice but to prematurely end the run and nurse the car back to the pits to fix the situation.

With all things back in fighting form, Miranda made sure to bring in a positive result in Race 2. Starting off from the tail end of the grid, Miranda reeled in place after place, all while keeping things on check so as to not damage the car. Midway into the race, the rain started to let loose, making track conditions all the more tricky.

Still driving on slick tires, Miranda kept it cool as more and more drivers, experience and otherwise, began losing control. The safety car was immediately deployed, thus signaling Miranda’s opportunity to recompose and charge for the lead as soon as the safety car exited the track. In the end, Miranda clinched 3rd overall and the honor of taking the checkered flag 1st among his fellow Asian drivers. 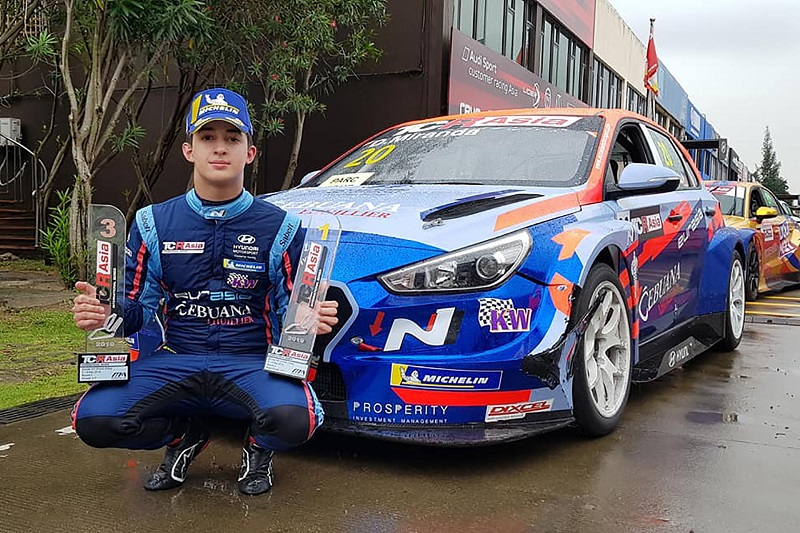 The podium result placed Miranda up into 4th place on the leader board with just 6 points between him and the nearest European driver in 3rd. Also, he now has a 22-pont lead over his fellow Asian drivers.

With all things done and dusted, the 2019 TCR Asia Series will commence Round 3 on June 1-2 at the Shanghai International Circuit. Seeing Miranda’s noteworthy performance so far, one question surfaces; What drives Daniel Miranda?

Aside from his sheer determination, promising talent, and pride as a Filipino racer competing overseas, the answer to that question may lie on a momentous event that happened just a few days before Round 2. Case in point, Miranda was cited by Hyundai Motorsport Customer Racing as one of its top junior drivers for this year.

From his behavior and personality on and off the track, and based on the positive result he gained during his TCR debut last month, the department believes that there is a lot of great stuff going for this 22 year old Filipino racer, a lot more hidden potential that he needs to unleash.

As part of Hyundai Motorsport Customer Racing, Miranda will receive support from the department on and off the race track. He will also draw from the expertise of other Hyundai customer drivers racing in the FIA WTCR and be given extra training and media coaching to help him further his racing career. He’ll be joined by a select number of European junior drivers. In fact, he’s the only Asian driver in the roster. 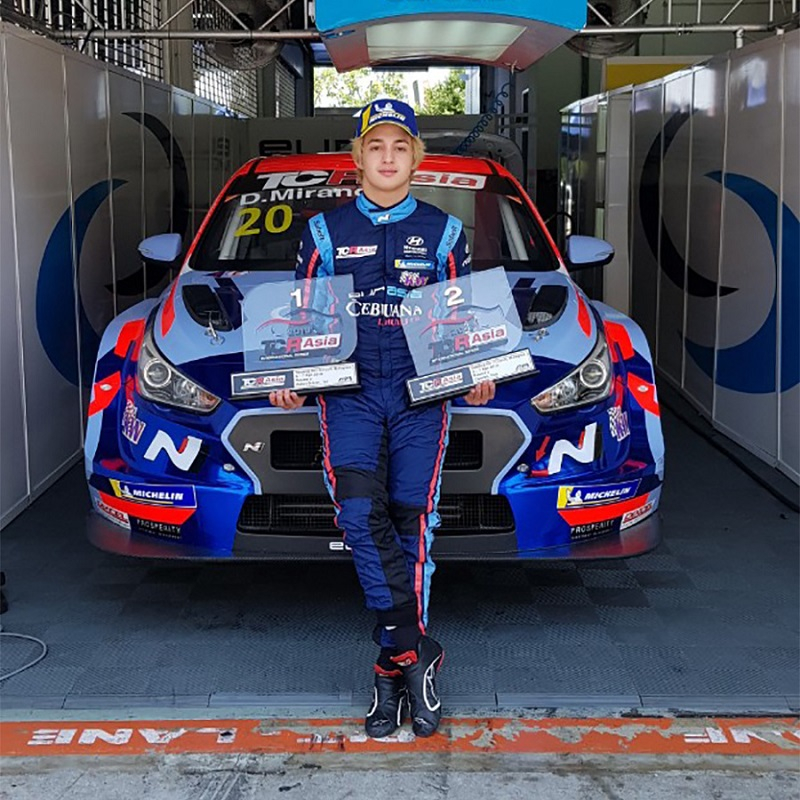