British racing driver Lewis Hamilton (born Lewis Carl Davidson Hamilton) is gunning for his 6th FIA Formula One (F1) championship title this year. Carrying the Mercedes-AMG Petronas team flag, Hamilton is considered by many as the modern day F1 hero with a total of 78 race wins since his debut in the pinnacle of motorsport back in 2007.

While countless racing fans all over the world know of his unstoppable prowess behind the wheel, not many know of the more interesting details surrounding this award-winning young gun. With this in mind, here are 8 of the coolest facts about Lewis Hamilton as compiled by Fox+ PH.

Last season ended on a high for Hamilton as he set not just one, but two new standards in the world of Formula 1. With a total of 408, he officially scored the most points in a season by any driver, just beating Sebastian Vettel who scored 387 in 2013. Hamilton also became the first driver ever to have his total number of career points go past 3000.

In every season he has joined so far, he has won at least one race

The only driver in the world to have a streak of this kind, one can argue that Hamilton found this success due to starting his career with a top-level team and car. It’s quite awe-inspiring to imagine that this racing driver has come out with a win every season he’s participated in since 2001.

He started racing at age 8

For plenty of racing drivers, the love for the sport starts with karting — and Hamilton was no different. He started driving at age 8 and by age 10, he had already won the British Karting Championship, the STP Karting Championship, and the Mercedes Champions of the Future Series where his future sponsor, McLaren Mercedes, would then notice him.

After catching the attention of McLaren Mercedes at the Mercedes Champions of the Future Series, Hamilton would then be signed on for the ‘Mercedes Drivers Development Support Programme’ in 1998 at the age of 13 — the youngest to have ever been contacted by a professional driving team. 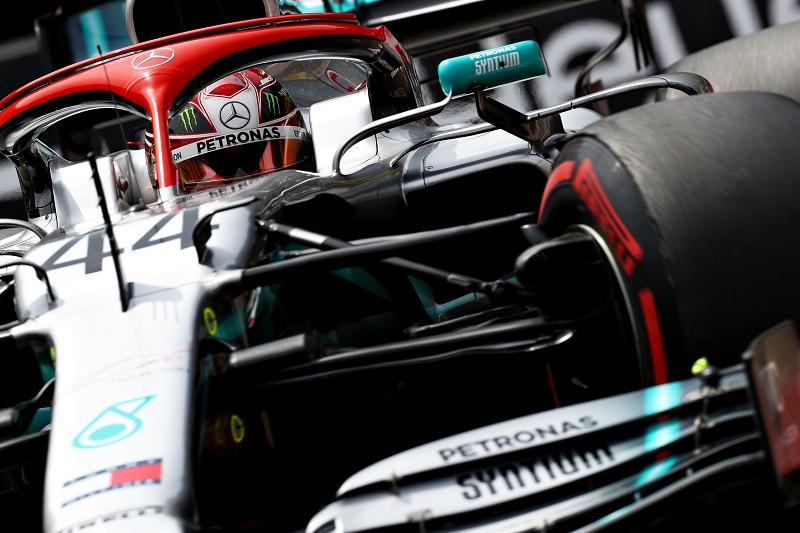 He is the highest paid British sportsman

As of 2018, Hamilton signed a £120 million three-year contract with Mercedes, just beating Conor McGregor for the highest paid British sportsman today. Hamilton’s deal rounds out to £40 million a year, or £770,000-a-week.

He wears a cross to all his races

Raised in a devout Roman Catholic family, Hamilton has always been open about his devotion and Christian faith. He has stated in several interviews that he believes that his faith is an important part in his racing and career. Especially with the high- risk factor of the sport, Hamilton finds comfort in his beliefs. “Anything can happen any day, but I feel God has his hand over me,” Hamilton states in an interview with The Guardian.”

His other athletic talents include football, basketball, and cricket

As a child, Hamilton also dabbled in other Sports. They always appealed to Hamilton’s competitive nature, which in turn, would bring out his natural athleticism. In school, he was in the same football team as Ashley Young, the striker for Aston Villa. He was also on the school team for cricket, basketball, and even javelin and discus.

His greatest fear is sharks

It seems that every man, no matter how accomplished, has his limits. While known or loving sports and other extreme activities, Hamilton revealed to the Mirror UK in a press conference that sharks is where he draws the line. The driver then recounted his 2018 winter break in Melbourne, where he couldn’t go surfing in an area that wasn’t netted off to sharks. 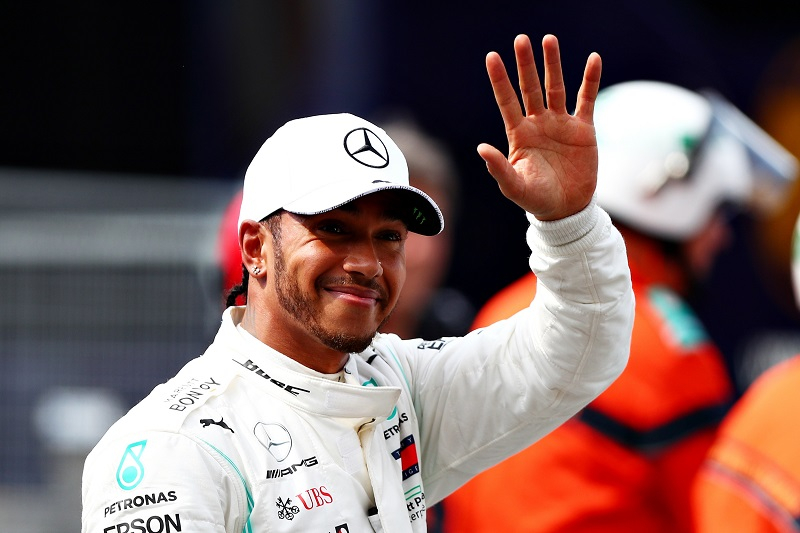 Bonus fact 1. No stranger to bullying

Just like everyone else, Lewis Hamilton had many encounters with bullies at a young age. Because of this, he took up karate training at age 5 to defend himself against bullies at school.

Bonus Fact 2: Chalk it up to radio-controlled cars

Once upon a time prior to his karting debut, Hamilton’s father, Anthony Hamilton, gave him a radio-controlled car. This marked the true beginning of the world-class F1 champion that he is today.