The Electric Vehicle Association of the Philippines (EVAP) has reiterated its commitment to work closely with the Department of Transportation (DOTr) to push forward the PUV Modernization Program.

This announcement came after the recent “Tanggal Bulok, Tanggal Usok” operation of the Inter-Agency Council for Traffic (I-ACT) which aims to clear the roads of non-roadworthy PUVs. In review, I-ACT is a joint program between the  DOTr, PNP Highway Patrol Group, Metro Manila Development Authority, Land Transportation Office and the Land Transportation Franchising and Regulatory Board.

As it turns out, around 80% of the jeepneys were found to have rusted and poorly-maintained bodies, unsafe brakes and electrical wirings, malfunctioning lights, and worn-out tires. These also exhibited excessive amounts of exhaust fumes.

This prompted EVAP to assert its views to help modernize the PUVs in years to come, seeing that the said modernization program mandates new PUVs to be safer, cleaner, more spacious, and PWD/senior citizen friendly. In addition, the program stated that the new PUVs must be either fully-electric or at least having brand new Euro 4-compliant diesel engines.

According to EVAP, it’s now waiting for the DOTr to release its provisions for the electric vehicle component of the PUV Modernization Program. As regard, EVAP President Rommel Juan was quoted as saying, “We are now waiting for the release of the Route Rationalization Plan of the DOTR which will become the basis for implementing its Omnibus Franchising Guidelines. This is so that we can determine where electric vehicles, particularly EJeepneys, will be applicable for deployment.”

The past year has been significant for EVAP as it successfully held its first ever Philippine Auto Parts Expo. It featured several examples of what would become the future of the Philippine public utility vehicle. 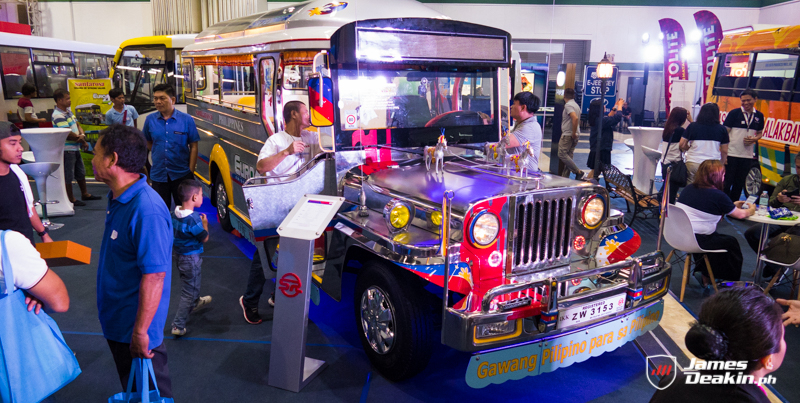