It looks like a lot of Filipinos are now buying their first car. Unfortunately, a lot of them are not so satisfied with their first vehicle purchase experience. This was according to the recently released J.D. Power Sales Satisfaction Index study.

The study, which compared first time car buyers against repeat buyers, ranked the average score of first-time buyer satisfaction at 815 points (over a 1,000 point scale) versus 837 for those that are buying their nth or additional vehicle. The findings are attributed to a number of factors that were present during the purchase experience.

For one, many new car buyers were not so satisfied on how dealers worked out the details of their vehicle purchase. Little details matter to these first time purchasers, particularly since they may not exactly be aware of things like insurance, discounts, and the like. This was also tied in with paperwork completion, which they felt was not facilitated very well by dealer personnel. And then there is the lack of a signed or formal quotation of the vehicle price, which was usually done via handwritten quote.

Also worth noting was that first time buyers are less likely to compare prices across dealers, leaving them getting the raw end of the deal at times. And when it comes time to deliver the vehicle, those expecting a special ceremony by the dealer don’t often get it. It is little things such as these that resulted in a less than satisfactory rating, says J.D. Power.

When it comes to vehicle brands, Honda led the way for the Philippine Sales Satisfaction Index with 832 points. This was followed by Mitsubishi with 829 points, and Toyota in third spot with 823 points. 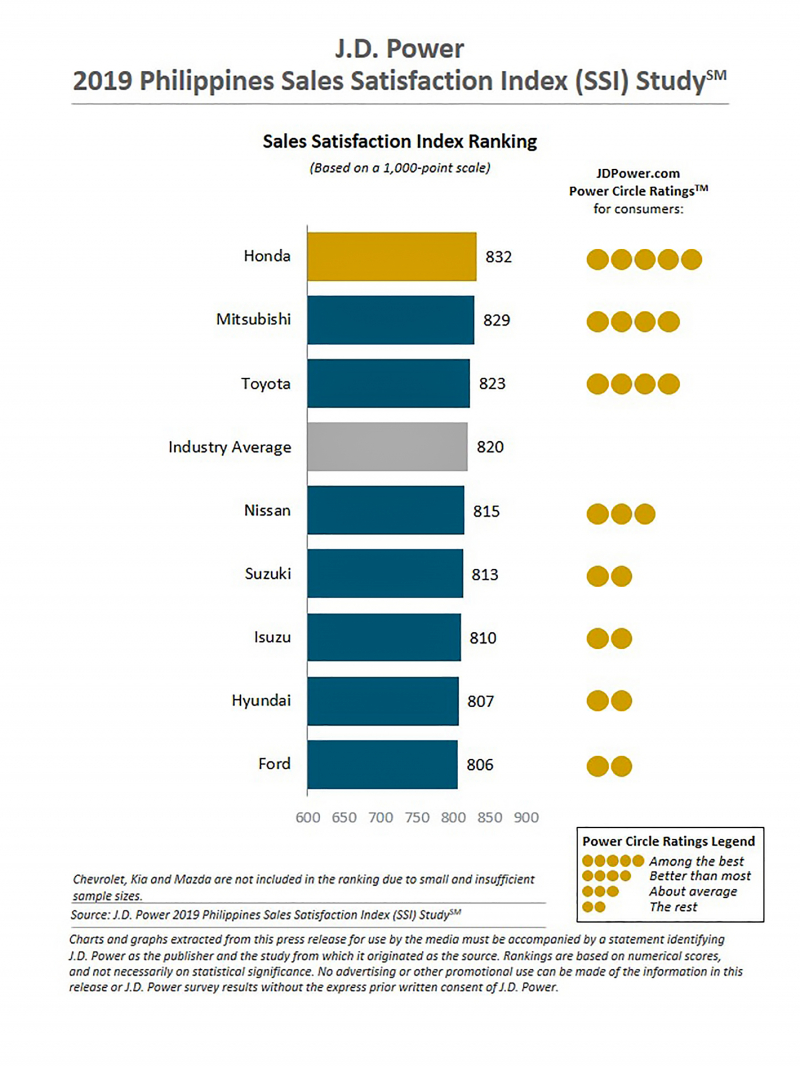