In 1964, Ford Motor Company introduced a car that would go on to become the brand’s heart and soul. Today, the Mustang may not exactly be the brand’s best-selling nameplate yet it defines what Ford is all about. And this esteemed model marks a major milestone as it celebrates its 10 millionth production milestone.

Yes, the 10 millionth Mustang has recently rolled off the assembly line at Ford’s Flat Rpck, Michigan assembly plant. It’s interesting to note that the special Mustang Convertible comes in the same white color as the very first serialized example back in 1964. Both cars come in topless form and have V8 power and a manual gearbox. The present-day model, however, now gets more oomph with a 5.0-liter V8 with 460 horses.

The milestone was marked by a parade of Mustangs that showcased the five decades of the world’s favorite pony car. Aside from this, a trio of WWII P-51 Mustangs flew overhead at the Dearborn facility. And why not as the Mustang has become the world’s favorite sports car and  the best-selling one for three consecutive years now.

The sixth-generation Ford Mustang entered the scene in 2015. It remains as a steady seller for Ford in various markets around the world. This year alone, Ford Philippines reported that 285 units have been sold thus far. 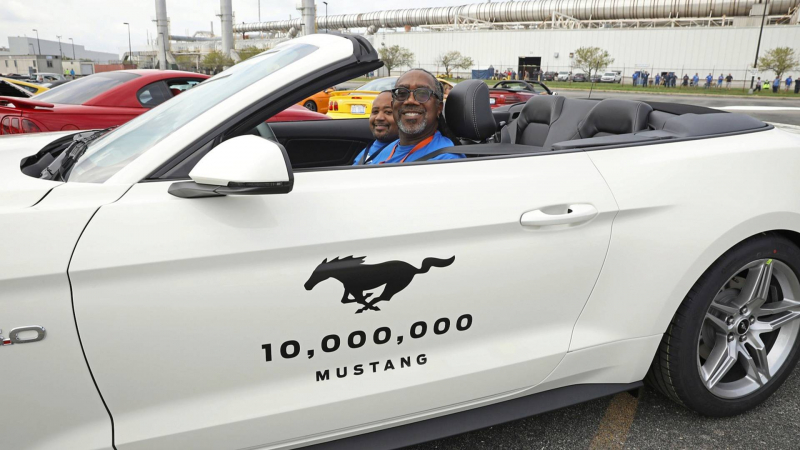 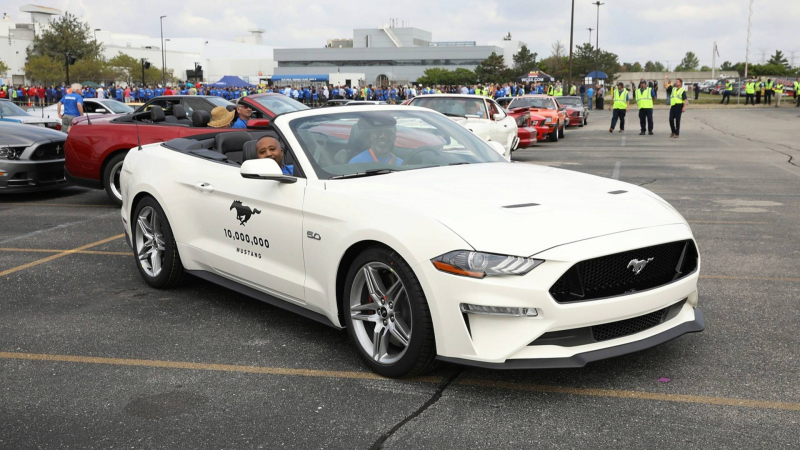