It’s a Record-Breaking First Half 2017 for Mazda Philippines

With a host of new models introduced recently, along with a more aggressive push, Mazda Philippines, through its official distributor Bermaz Auto Philippines, reports record-breaking vehicle turnover for the first seven months of 2017.

January to July 2017 sales showed 2,521 Mazda units coming out of showrooms. July figures alone reached 418 units—the 6th straight month since January of this year that Mazda has broken its own records since Bermaz entered the scene in 2013. These figures reflect a 14.5% sales growth over the same period last year.

The growth can be attributed to the strong showing of the newly launched 2nd-generation Mazda CX-5 and CX-9, both of which were unveiled at last April’s Manila International Auto Show (MIAS). The surge in reservations for the CX-5, for instance, has prompted Mazda Corporation Japan to increase unit allocation, with an expected 800 units coming in by November of this year.

The Mazda CX-9 seems to have attracted quite a following as well, with around 300 CX-9s arriving real soon. And who can ignore the sexy MX-5 RF, which joined the two SUVs during their MIAS reveal? Since rolling out of showrooms recently, the MX-5 has sold around 85 RF variants.

As for the hot-selling Mazda2, the little Mazda sedan and hatchback also got a refresh, complete with G-Vectoring Control for an even more engaging drive. This, Mazda believes, should keep more customers happy.

With such a performance, we can expect Mazda Philippines to report groundbreaking numbers by the end of 2017. 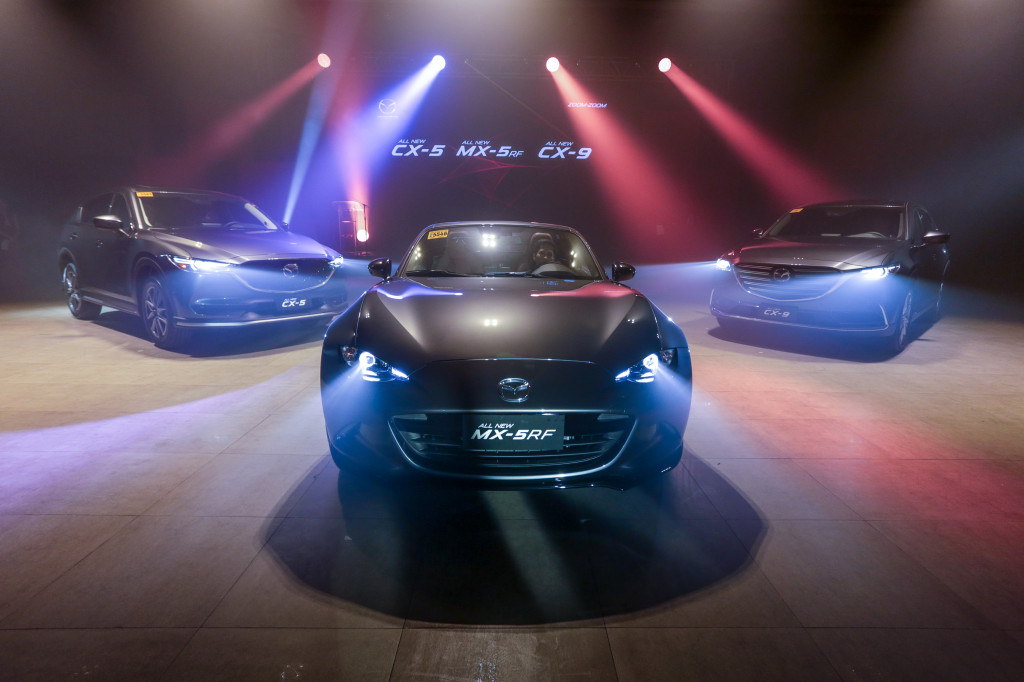