Lexus vehicles are out to save the universe

To most folks, the Lexus brand symbolizes a fine balance between sportiness and luxury. Yet to the folks tasked to protect the earth from the Scum of the Universe, the Men in Black, these vehicles make them look really good.

Yes, Lexus has been chosen as the official vehicles of the Men in Black in the film franchise’s latest installment. Released by Sony Pictures, the latest Men in Black movie will feature the 2020 Lexus RC F as the Men in Black’s ride of choice. Mixing style, sportiness,  and a potent V8 motor packing 470 horses, the sport coupe allows the saviors of the universe  to fight the scum in style.

Also making an appearance in the film are the Lexus RX Hybrid and LX SUV. The two vehicles share a scene with the Men in Black that allow them to pack a whole  lot of tech in a style-laden package.

Fans of the film will note that the Men in Black always chose to ride in style. The first movie had a low-key Ford sedan that transformed into a gravity-defying rocaket. The next film had the Mercedes-Benz E-Class that also packed a punch. Now, it’s the Japanese luxury carmaker’s turn to share the limelight.

Just like the Men in Black, Lexus vehicles have a fine mix of technology, sportiness, and luxury that’s just right. You can see them once the movie opens in Manila on June 12th. 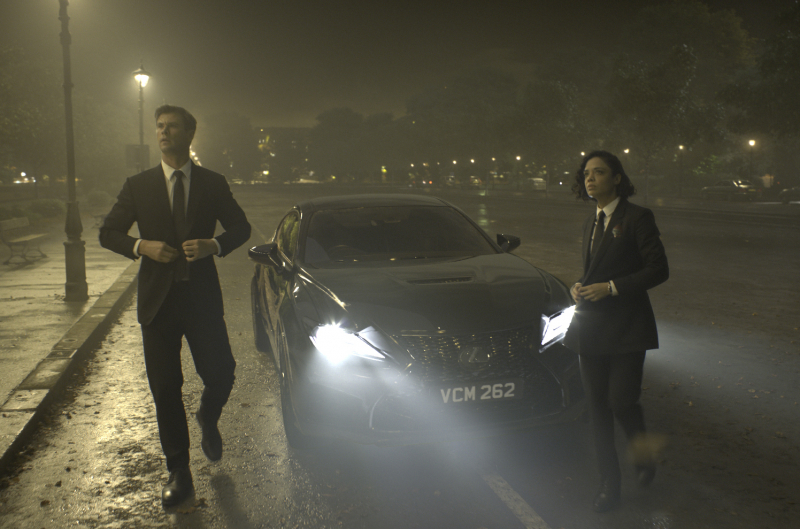