Maserati has had a long and colorful history in motorsport and building sporty yet luxurious road cars. To celebrate this rich hieritage, the Trident badge joins the 2018 Gran Premio Nuvolari as the event’s Main Partner.

The GP Nuvolari, in case you didn’t know, it a regularity rally named after one of the most celebrated drivers from Mantua—the start and end point of the rally--, Tazio Nuvolari. The Flying Mantuan, as he was fondly called, drove the Maserati 6C-34 in numerous races in its day. One of the most memorable is its race debut, the Italian Grand Prix in Monza on 9 September 1934, where the 270hp straight-6 engine powered the 750kg racer to fifth place overall.

As for the race, it will be participated in by a historic A6 1500, a gentleman’s racer, as Maserati calls it, that was considered the purveyor of Maserati road cars to come when it was launched in 1949. Also joing the Maserati Tribute are the Quatroporte, the Ghibli, and the Levante SUV.

Speaking of the very first Maserati SUV, the Levante GranSport pays homage to the brand’s motorsport roots as it adds technica and aesthetic bits that give the otherwise practical sport ute a sporty edge. These include adaptive front LED headlights, short-shift paddle shifters, as well as luxurious touches like Pieno Fiore leather lining the seats and the cabin, just to name a few.

The GP Nuvolari will run from 13-16 September and will begin from  Mantua en route thru the Italian countryside. The three-stage rally, which takes place for the 28th time, will then travel thru various types of terrain heading back to Mantua. 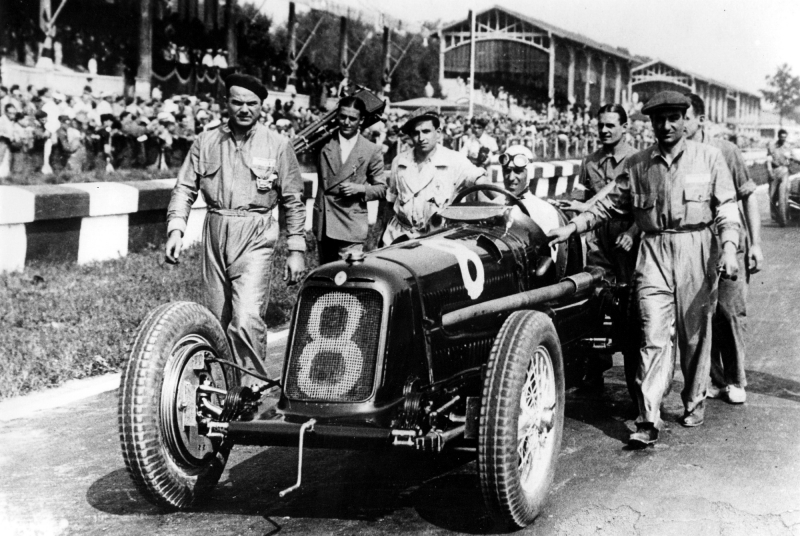 Previous Pause Next
Subaru PH opens October on a high note with these exciting deals and promos
/blog/subaru-ph-opens-october-high-note-these-exciting-deals-and-promos
A modern, more high-tech Isuzu Manila dealership just reopened for business
/blog/modern-more-high-tech-isuzu-manila-dealership-just-reopened-business
Confident and fuel-efficient: The Changan CS75 Plus yields outstanding fuel economy run results
/blog/confident-and-fuel-efficient-changan-cs75-plus-yields-outstanding-fuel-economy-run-results
Join Suzuki PH in shouting out loud “FOUR the WIN” and check out these exciting promos
/blog/join-suzuki-ph-shouting-out-%E2%80%9Cfour-win%E2%80%9D-and-check-out-these-exciting-promos
Maximize your home and business endeavours with Maxus PH’s “Max to Zero” promos
/blog/maximize-your-home-and-business-endeavours-maxus-ph%E2%80%99s-%E2%80%9Cmax-zero%E2%80%9D-promos
Volkswagen PH invites you to celebrate its 8th birthday with these cool deals and promos
/blog/volkswagen-ph-invites-you-celebrate-its-8-birthday-these-cool-deals-and-promos
Nissan PH launches the new Terra to stir things up in the local midsize SUV scene
/blog/nissan-ph-launches-new-terra-stir-local-midsize-suv-scene
Mitsubishi PH wants you to be #G4Anything with the new, fresh-faced Mirage G4
/blog/mitsubishi-ph-wants-you-be-g4anything-new-fresh-faced-mirage-g4
The Jeep Wrangler Unlimited: A timeless icon of freedom and adventure
/blog/jeep-wrangler-unlimited-timeless-icon-freedom-and-adventure-free-to-be-national-heroes-day