Mazda’s erstwhile roadster, the MX-5, gets a host of upgrades for 2018

The latest iteration of the Mazda MX-5, which first saw daylight in 2015, may arguably be the most tech-laden model in the car’s almost 30-year history. Despite this, the Japanese carmaker has not lost sight of the roadster’s reason for being—to bring out the joy of driving.  Proof of this are the host of upgrades that Mazda has added to the 2018 edition.

Unveiled by Mazda Philippines recently, both the Soft Top and Retractable Fastback now get improved rear suspension tuning that promises a supple ride that doesn’t sacrifice handling. It likewise receives a re-tuned power steering system for quicker reflexes on the move. Moreover, buyers now have a choice between the 6-speed Skyactiv automatic gearbox and a close-ratio 6-speed Skyactiv manual. The latter allows one to row through the gears themselves—the way God intended such cars to be driven.

Besides the mechanical updates, Mazda threw in more safety kit to enhance driver confidence. Adaptive LED headlamps now come with the new MX-5. As the name suggests, this feature adapts to varying driving conditions and adjusts the headlights’ aim and intensity accordingly, allowing drivers to see much better without blinding other motorists. There is also the Lane Departure Warning system that keeps one in their designated lane and warns them if they’re drifting off. 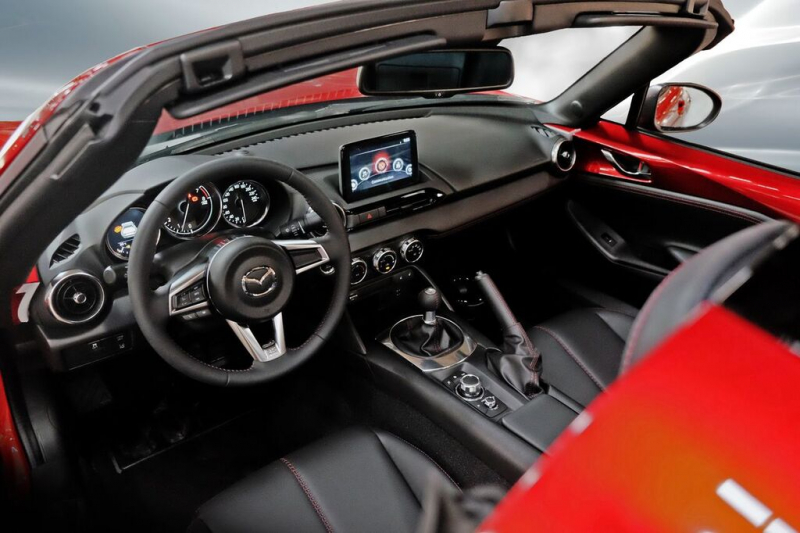 Of course, no update is complete without some exterior and interior tweaks. A new Dark Cherry canvass top is now available as an option. So are the Machine Grey and Soul Red Crystal paint schemes that give either the Soft Top or RF variants more road presence. And the RF still gets Nappa leather for the automatic while the manual comes with black cowhide for the seat upholstery. 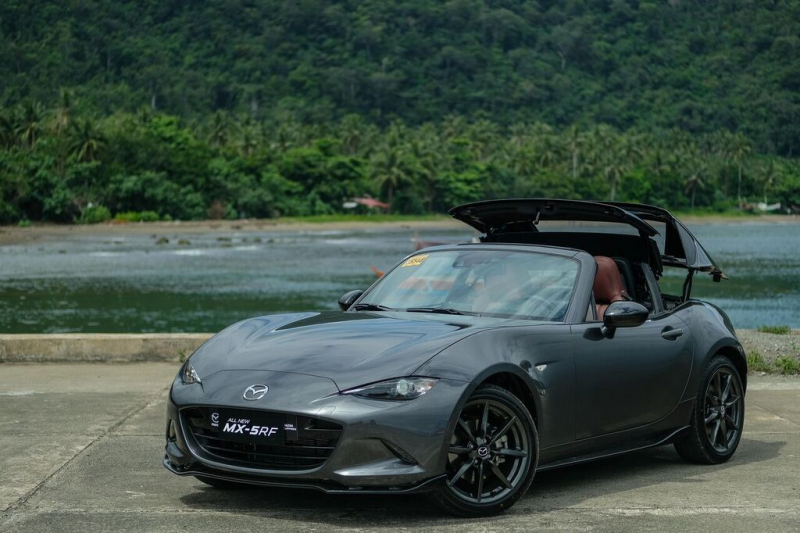