It can only get better with age—this is the impression we’re getting as Mazda hints at another mild yet substantial update for its flagship Mazda6 sedan. Known as the Atenza in its Japanese home market, the sedan will receive a host of styling, powertrain, and tech updates, all of which will be seen as it debuts at the upcoming Los Angeles Auto Show later this month.

The exterior and interior, for instance, still retain the trademark Kodo Soul of Motion design language. The main difference now is that they will get touches that give them a Mature Elegance kind of vibe. The cabin, for example, is set to feature Sen Wood, a type of grain that can be found on traditional Japanese instruments. This will give it a more premium feel.

The Skyactiv-G 2.5-liter gasoline engine, on the other hand, will now sport cylinder deactivation technology. This allows it to still produce optimum power yet deliver better fuel economy. And speaking of sport, the latest-generation CX-9’s vaunted Skyactiv-G 2.5T turbo motor will find its way under the hood of the Mazda6 real soon.

Producing the power and torque of a 4.0-liter V6, this mill promises the efficiency afforded by a much smaller powerplant. It will take driving fun in the Mazda6 to a new level.

As Mazda ups the driving fun factor and premium vibe of its flagship sedan, it hasn’t forgotten to add a sense of safety to the mix. The already comprehensive i-Activesense safety suite receives goodies like Mazda Radar Cruise Control, which automatically stops and starts the car again, depending on the movement of the car in front. Then there is an enhanced 360-degree View Monitor that aids drivers even in the tightest spots.

Learn more about the updated Mazda6 and other cool Zoom-zoom vehicles at the upcoming Los Angeles Auto Show. The show is slated to run from November 29 to December 10, 2017. 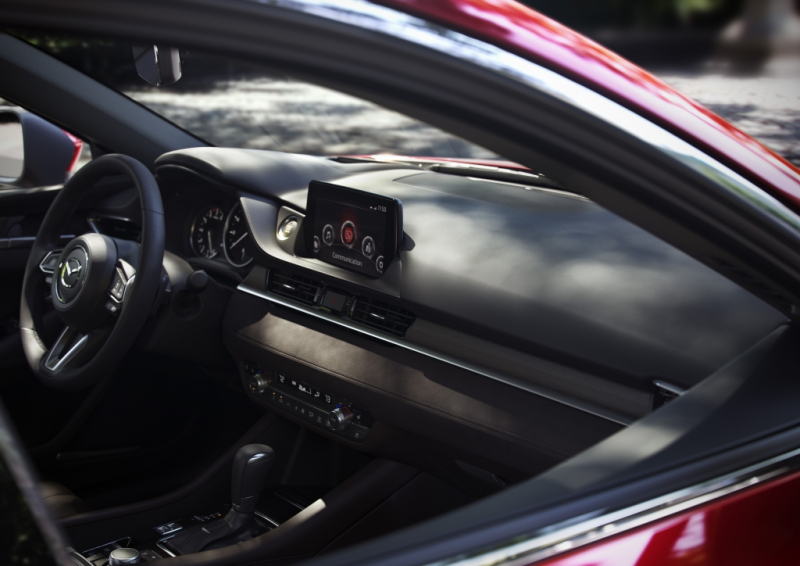