Nissan Philippines, Inc. (NPI), the exclusive local distributor of Nissan vehicles, has set its sights in conquering the fiercely-contested midsize SUV segment, not only locally, but in the Southeast Asian and Oceania regions as well. Launched in style last May 28, 2018 at the Clark Global City in Pampanga, the Japanese carmaker welcomes the new Terra SUV which boasts a muscular overall design, off-road capability, and notable tech.

Exterior-wise, the Navara pickup-based Terra SUV evokes an uncanny design resemblance to the brand’s larger SUV; the Patrol. That point hits the spot as according to NPI, the Terra’s design was inspired from the Patrol, an SUV that’s initially built for police use. Because of this, it exudes a sense of masculinity, and it all begins when one takes a first glance at it. 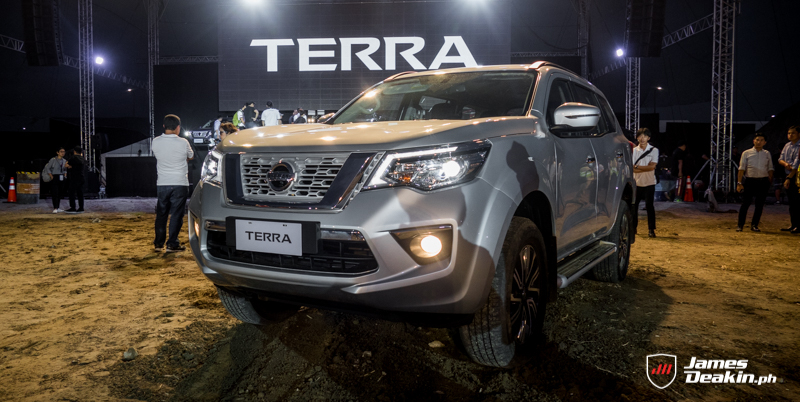 Up front, it’s got the brand’s signature V-Motion grille. This is flanked by a pair of boomerang-shaped LED headlights with daytime running lights for clearer road visibility at all times. Below the fascia is a stylish bumper that houses a pair of fog lamps.

One evident design feature of the bumper is the skid plate underneath. This signals the Terra’s noteworthy high approach angle measuring at 32 degrees which means that it can drive over steep slopes, ramps, or even mounds of sand as shown in the cover photo. 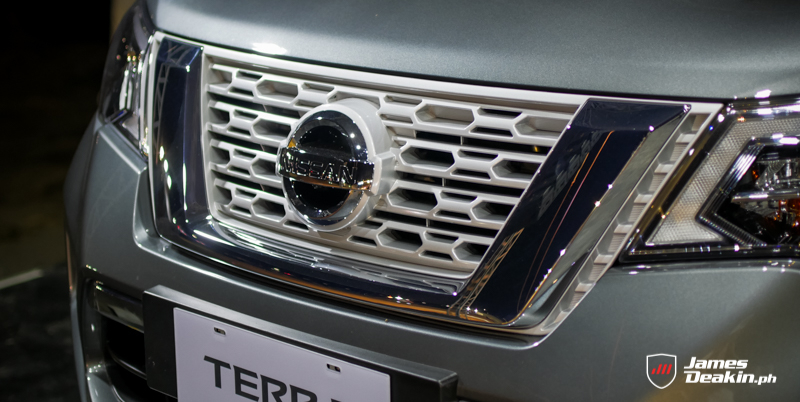 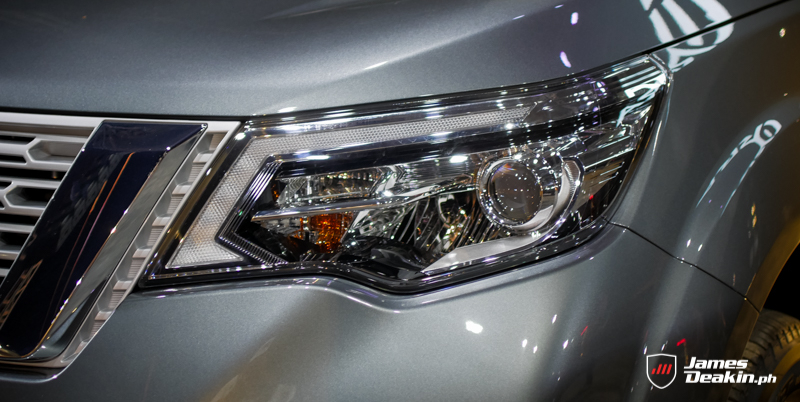 In profile, the Terra presents a boxy yet well-rounded look. NPI highlights the character line that starts off from the front fender and ends at the rear. This is accented by a set of wheels available in either 17- or 18-inch sizes. Bringing out the meter stick, the Terra’s wheelbase measures at 2,850 mm. Passengers on the 2nd row seats can maximise the leg room provided by this long wheel base.

Finally, the rear end completes the rugged look with a set of tail lights the mimic the shape of the lights up front. Below is a sizable bumper with a skid plate that allows the SUV to leave steep obstacles with a departure angle of 27 degrees. 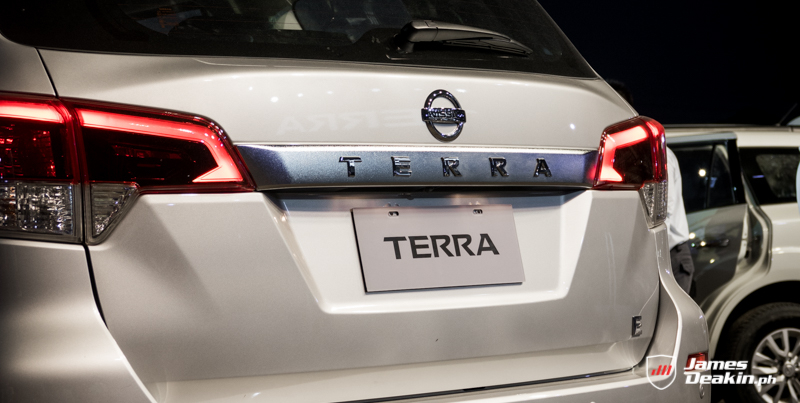 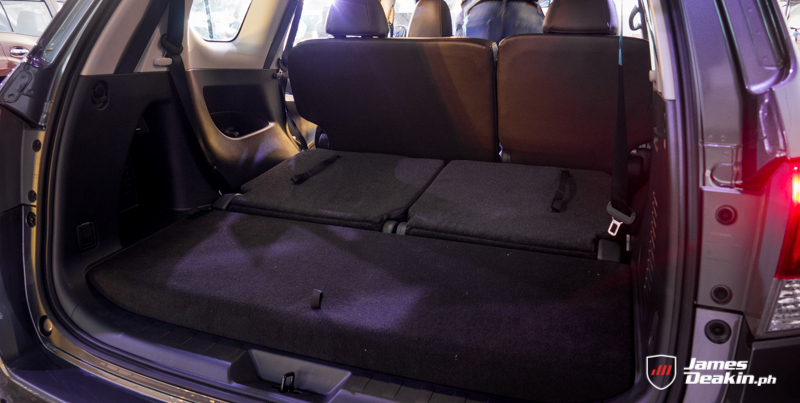 As a 7-seat midsize SUV, the Nissan Terra goes up against the likes of the Mitsubishi Montero Sport and the Toyota Fortuner, among others. The good news is that of its 2 aforementioned nearest rivals, the Terra boasts the biggest overall body stats (Length: 4,885 mm/Width: 1,865 mm/Height: 1,835 mm).

By comparison, it’s 100 mm and 90 mm longer, and 50 mm and 10 mm wider than the Montero Sport and Fortuner, respectively. Also, while it is 50 mm taller than the Mitsubishi, it stands as tall as the Toyota. 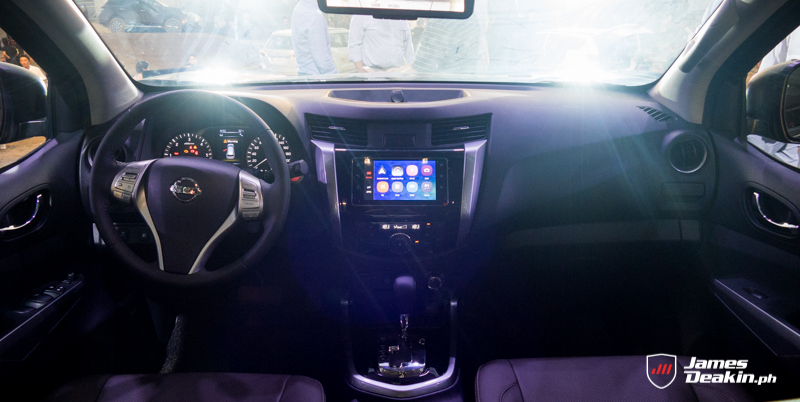 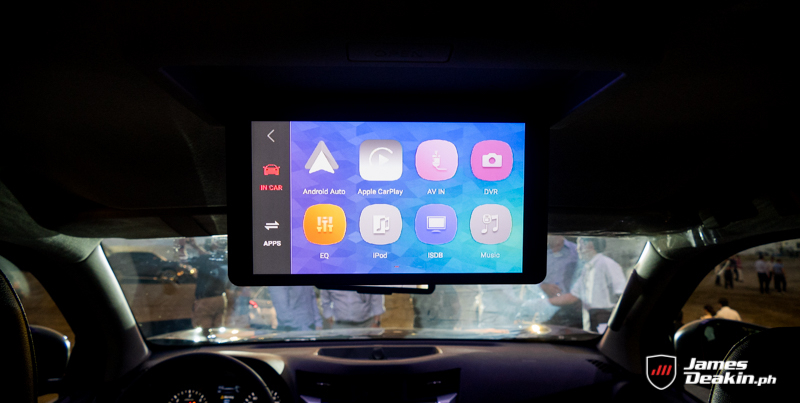 Inside, the Terra beckons with a sleek and modern interior motif complete with premium leather seats and class-leading one-touch remote 2nd row seat adjustments. On the other hand, its centrepiece is in the form of a 7-inch touch screen LCD infotainment system with smartphone connectivity (Apple CarPlay, of note). This is wired to a set of 6 speakers and can also support Bluetooth devices.

When it comes to safety, the Terra is fitted with the usual stuff such as 6 airbags, ABS with EBD, and parking assist system. However, it’s also equipped with Nissan’s Intelligent Mobility, an advanced suit of safety features that includes lane departure warning, intelligent rear view mirror, and intelligent around-view mirror, among others. 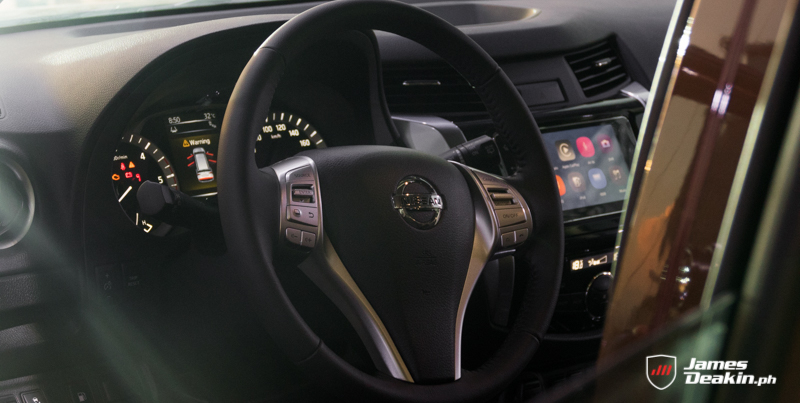 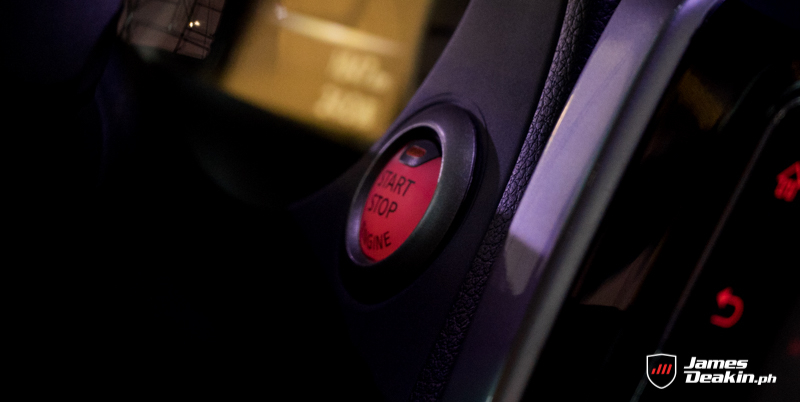 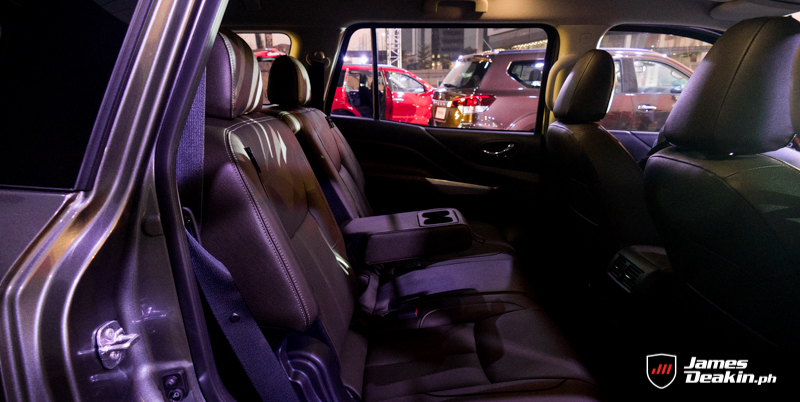 The Nissan Terra moves with a 2.5L inline 4-cylinder turbo diesel mill that puts out 187 hp and 450 Nm of torque. It’s connected to either a 6-speed manual or 7-speed automatic (with manual mode) gearbox. The top variant even sports a part-time 4-wheel-drive system to tackle varied road conditions. 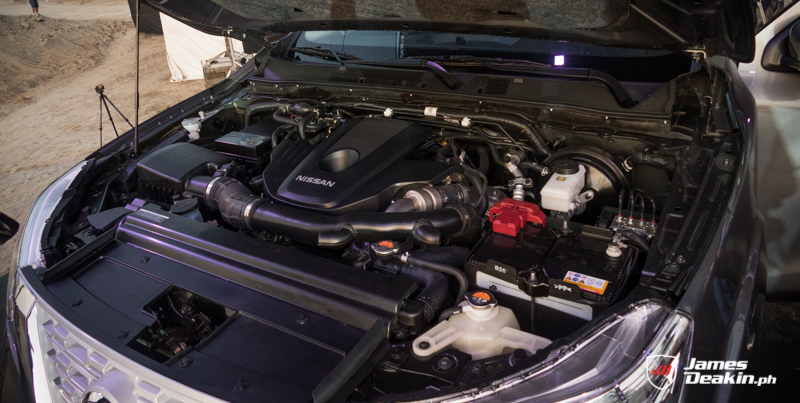 Speaking of variants, NPI will be offering the Terra in 5 exciting trim levels. Each variant is tagged with SRPs that adhere to the new TRAIN Tax Reform Law. These variants are as follows: 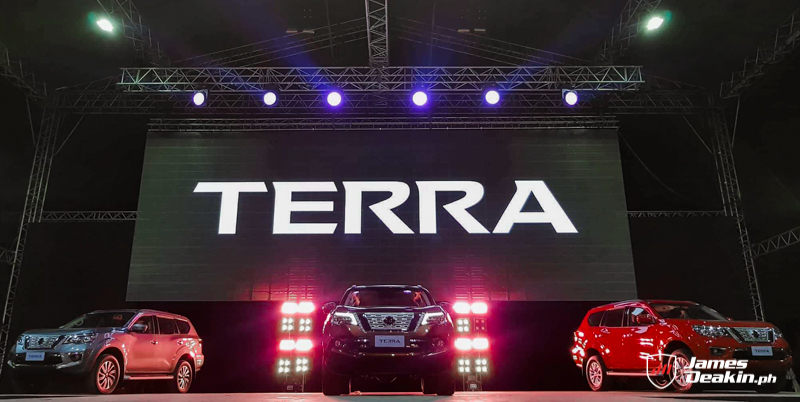 Do note that NPI will begin selling the Terra come August. However, it will begin accepting pre oders and reservations on May 31. 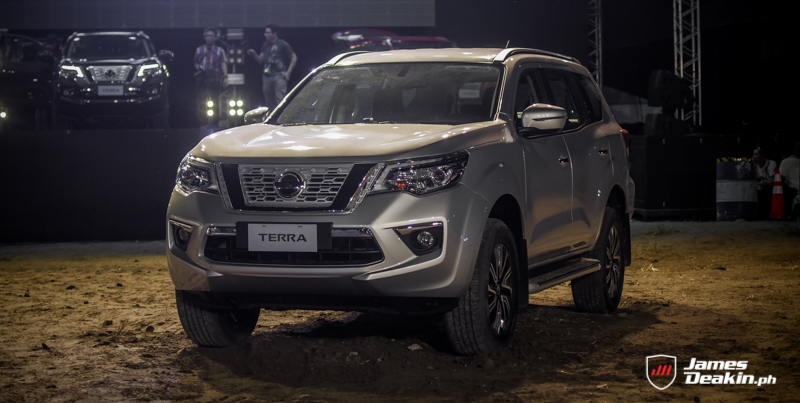 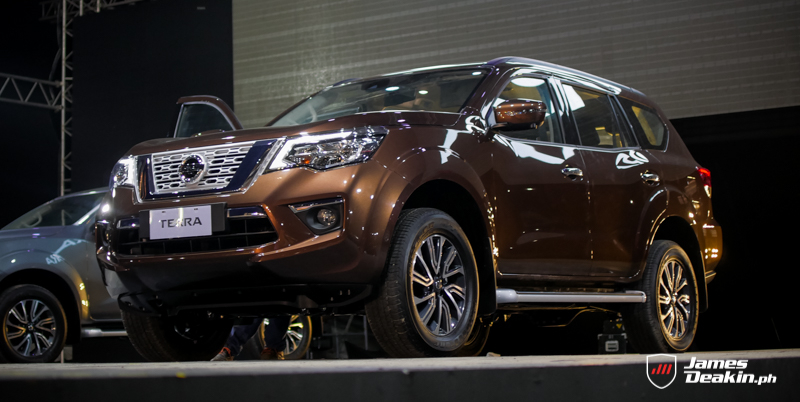 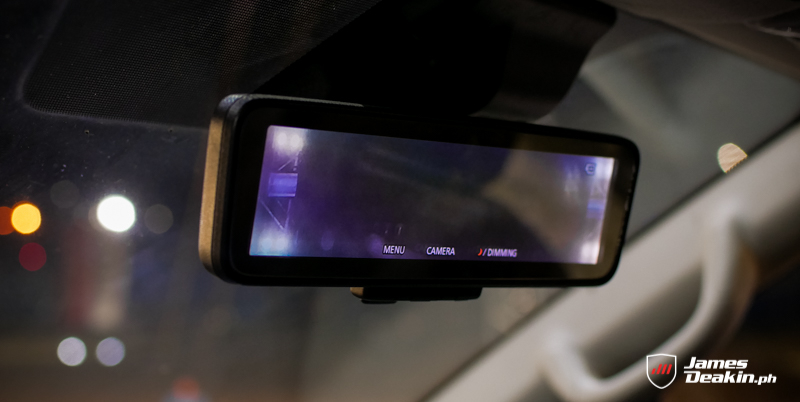 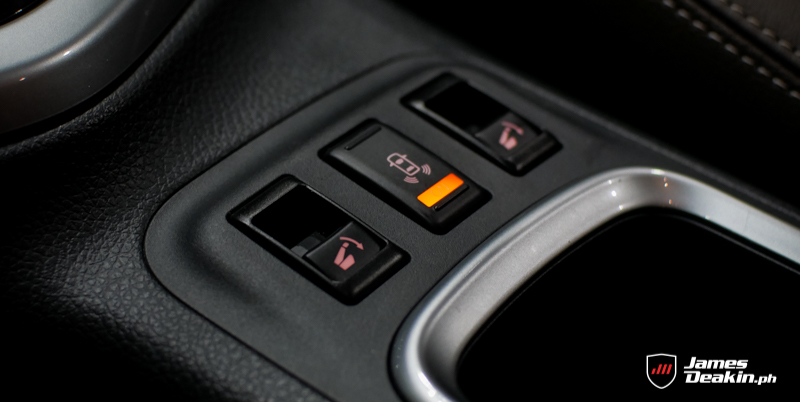 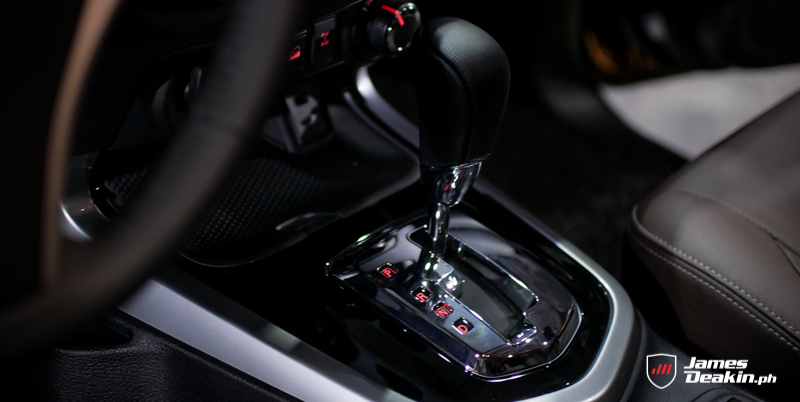 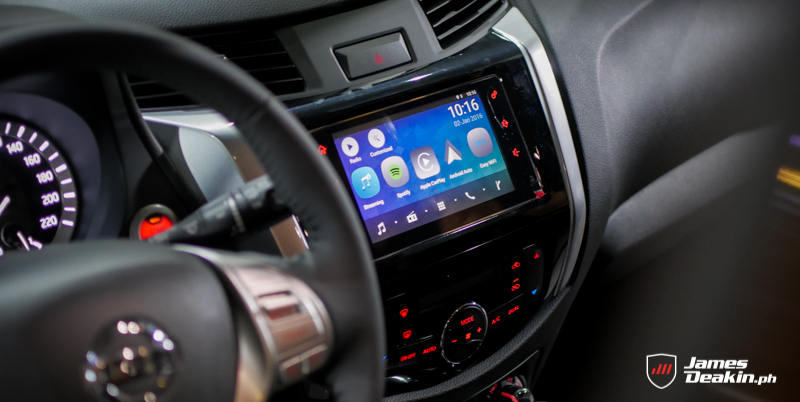 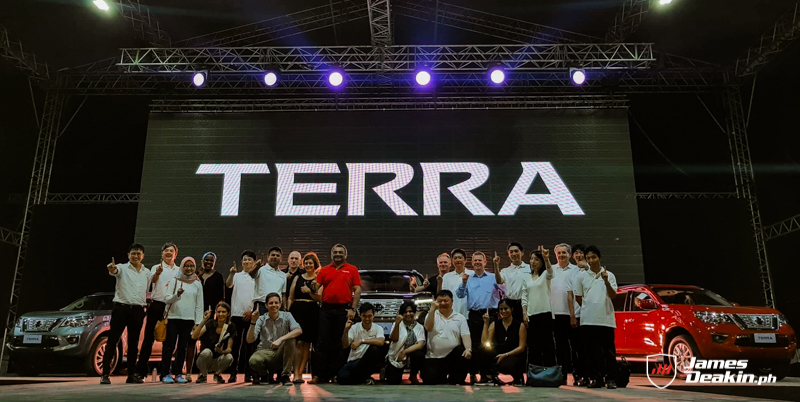