The Porsche Cayenne Turbo is a 911 in SUV Guise

A few weeks back, Porsche unveiled the third-generation Cayenne to an excited world.  Since then, the German sports car maker has been saying that the SUV is more 911, with a lot of the iconic car’s bits integrated into the mix. But what exactly does this mean?

The Porsche Cayenne Turbo, for instance, gets an exterior treatment that emulates the German sports car. The front end is dominated by LED headlights that give off their own signature at night. The Turbo even gets a double-row lighting treatment to give it a look all its own.

At the side, the top-of-the-range Cayenne gets aggressive 21-inch alloys, and body-colored door trims and wheel arches. The rear is dominated by twin tailpipes, along with a 911-like retractable spoiler. 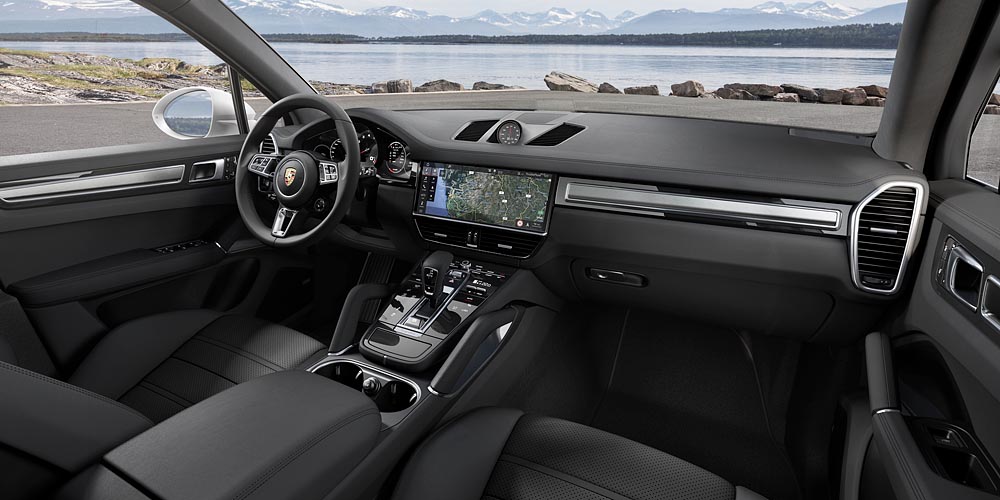 The interior is likewise given the Turbo touch, with a BOSE sound system, 18-way power seats, and integrated headrests—again from the 911.

As the name suggests, the Porsche Cayenne Turbo is powered by a 4.0-liter twin-turbo V8 motor that puts out 550hp. Mated to an 8-speed Tiptronic gearbox with Porsche Traction Management and Active All-Wheel Drive, the Turbo model sprints from rest to the century mark in 4.1 seconds and reaches a 286kph terminal velocity.

The stellar straight-line performance is matched by handing prowess courtesy of the new active chassis, three chamber air suspension, and mixed tires. The suspension, for instance, features six settings, while the staggered tires come in 285/40R21 tires up front and 315/30R21 rubber at the rear. One can even specify rear-axle steering, Porsche Dynamic Chassis Control, roll stabilization with a 48-volt electric system, and Porsche Torque Vectoring Plus.

All these are meant to give the Cayenne Turbo the best of three worlds. This means you can have the agility of a sports car, the comfort of a sedan, and the adaptability of an SUV.

The Porsche Cayenne Turbo made its world debut at the Frankfurt International Motor Show. 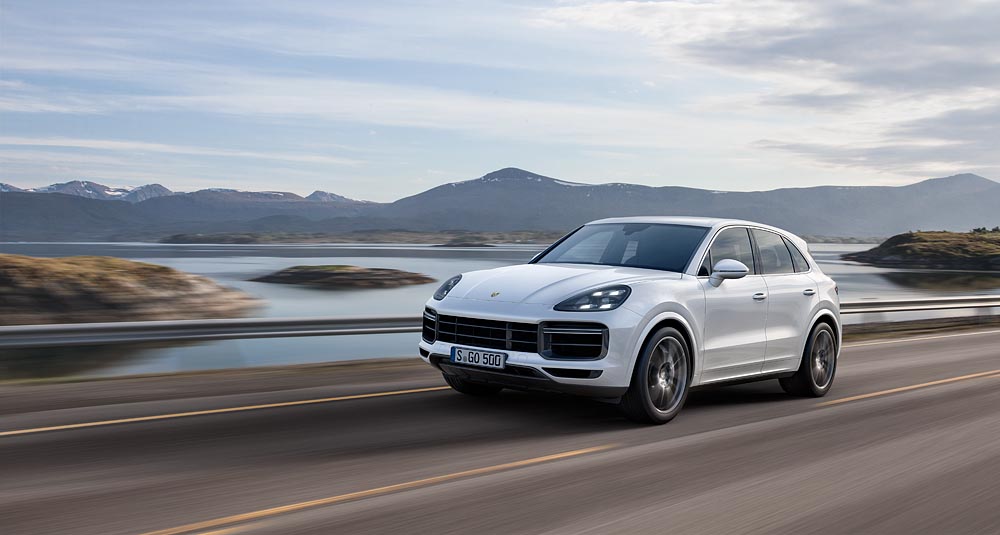 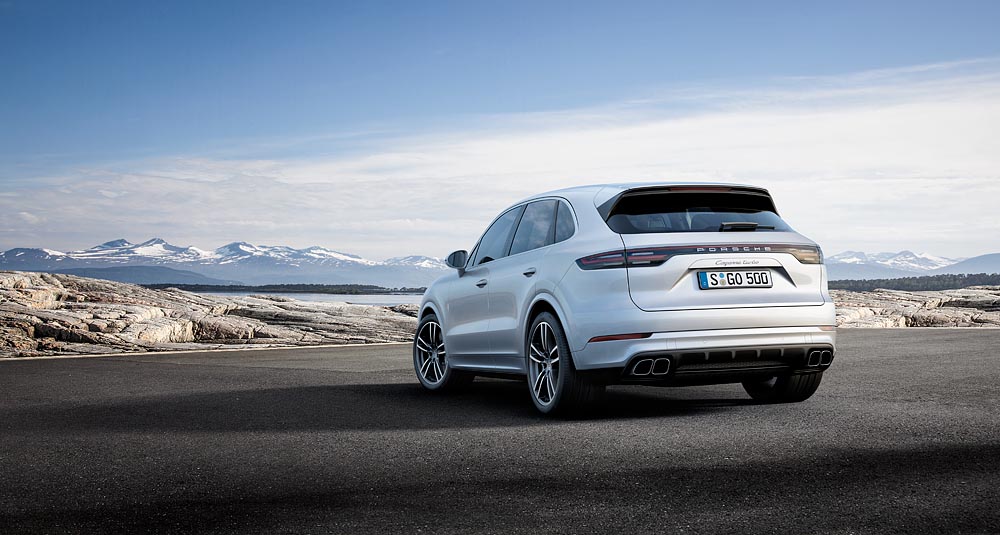