The Suzuki Swift Sport is One Aggressive-Looking Hot Hatch

Suzuki has been teasing netizens over the past few months with bits about the upcoming Swift Sport. The time has come to finally reveal the car, which took place at the ongoing Frankfurt International Motor Show.

A more aggressive demeanor underlines the changes to the sportier version of Suzuki’s erstwhile subcompact hatch. Now on its third generation, the Swift Sport receives a new front grille with honeycomb design, a front lip spoiler, beefier side skirts, a rear diffuser, roof-mounted spoiler, and dual exhausts. The exclusive Champion Yellow paint job and 17-inch rims round out the aggressive yet functional upgrades.

The cabin likewise gets the sporty treatment with goodies like semi-bucket seats, red accents on various interior bits—including the flat-bottom steering wheel, aluminum pedals, and a chrome shift knob.

Powering the new Suzuki Swift Sport is a 1.4-liter BoosterJet motor with 138hp and 230Nm of torque—some 70Nm more potent than the model is replaces. Mated exclusively to a 6-speed manual and weighing just 970kg, the Swift Sport promises to deliver outstanding performance both on the straights and through the corners.

Despite its sporty character, the Swift Sport will have some of the latest safety tech either as standard or extra options. These include lane departure warning, weaving alert function, and high beam assist, among others. 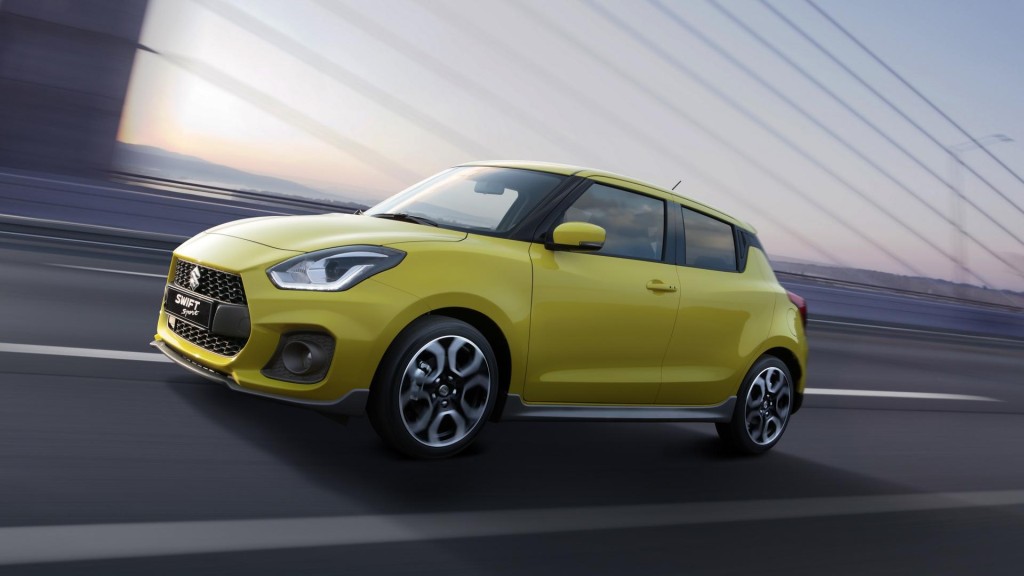 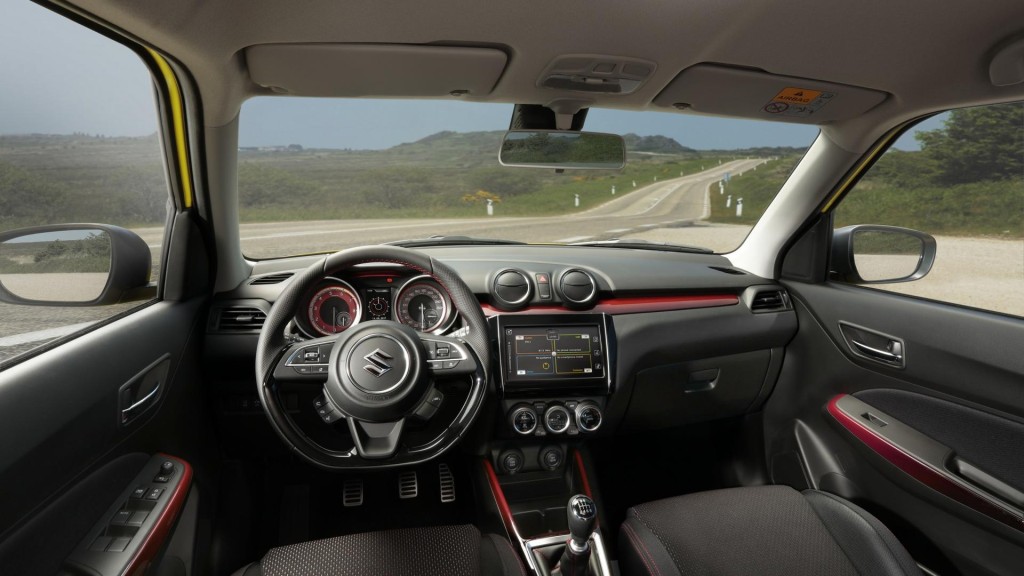 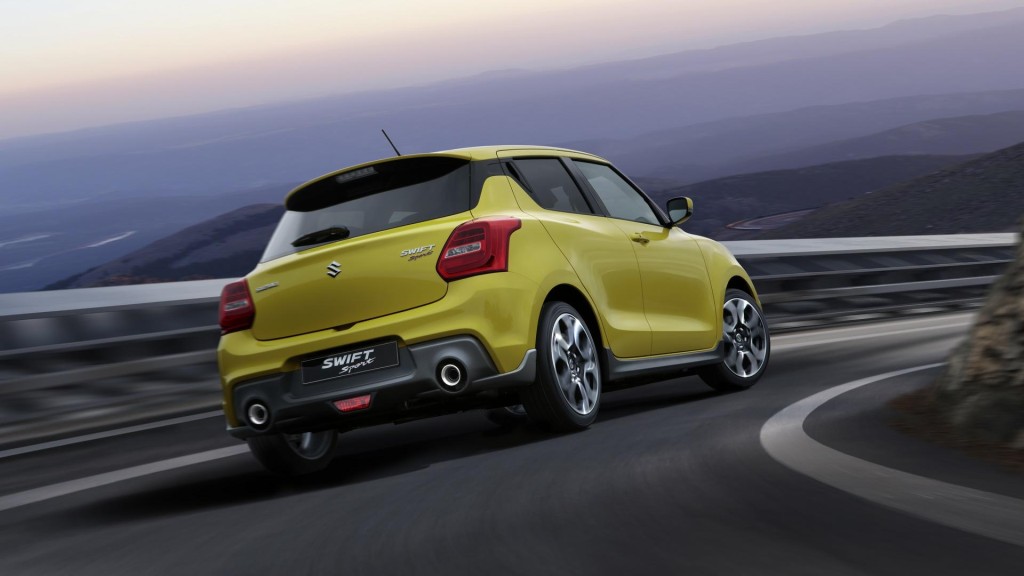