In case you didn’t know it yet, the Suzuki Vitara is celebrating its 30th anniversary this year. Yes, even before the arrival of the Honda CR-V and Toyota RAV4, the little offering from the Japanese carmaker was already giving buyers go-anywhere capabilities mixed with a relatively practical package.

And while Suzuki isn’t exactly giving us a totally new Vitara, it is freshening up the current generation with a few design tweaks and tech upgrades. Chief among the changes are the new grille, front fascia, front and rear bumpers, rear section with new LED combination lamps, and updated alloy wheels. The interior likewise receives new soft touch plastic materials and a revised instrument cluster that now features a new color instrument display.

Apart from the cosmetic tweaks, the new Vitara gets a host of safety gear to give owners more peace of mind. Among the new kit are Lane Departure Warning, Dual Brake Sensor, Blind Spot Monitor, Traffic Sign Recognition, and Rear Cross-Traffic Alert. Suzuki actually admits that this is the most technologically advanced Vitara to date.

Of course, Suzuki also put in a few changes under the hood. Replacing the current 1.6-liter engine are a pair of gasoline engines with BoosterJet turbocharging technology. Displacing either 1.0- or 1.4-liters, the motors produce 11- and 140hp, respecticely. Each one can be mated to  theAllGrip all-wheel drive system. Both powerplants promise increased output and improved fuel consumption and CO2 emissions.

With a host of new colors, the 2019 Suzuki Vitara looks to hold its own amid a sea of new crossovers anc compact SUVs. And apart from the new tech, ths Vitara still puts forward good old all-weather capability and the trademark Vitara vibe that has made it a favorite among enthusiasts for 30 years now.

Expect to see the new Suzuki Vitara hit the scene this September. 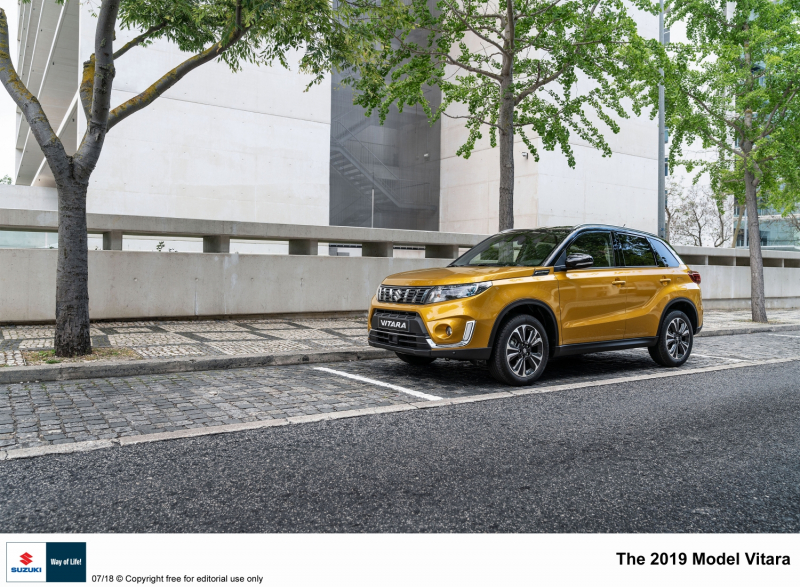 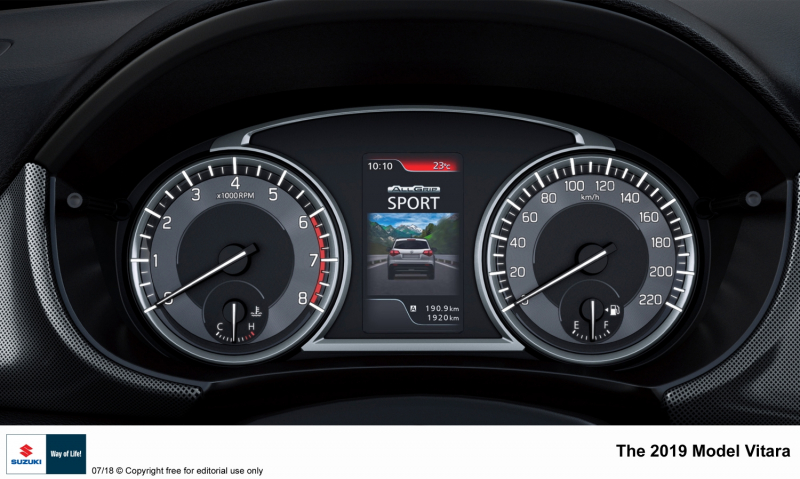 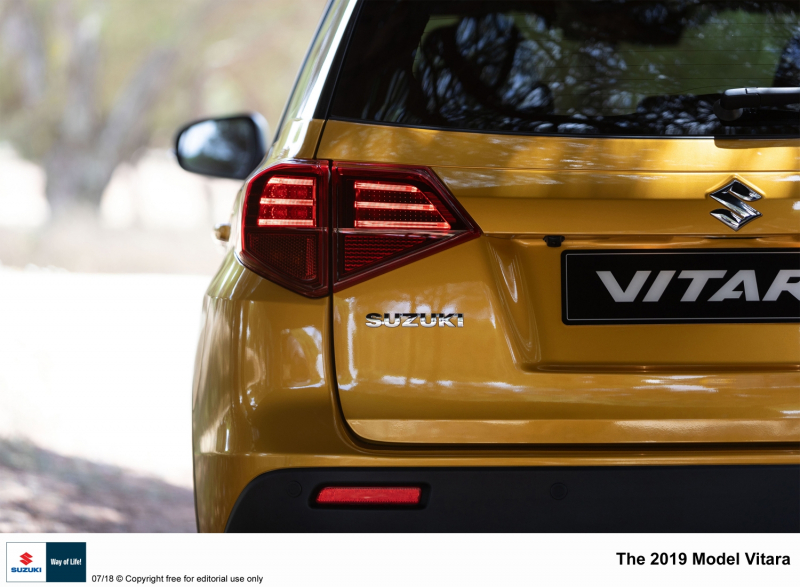