Tesla Goes Truckin’ With the Semi

It was only a matter of time. With Elon Musk’s plan to electrify the world, the Tesla truck, essentially known as the Tesla Semi, is pretty much a given. And now, the Tesla fonder says it’s about to take flight (or hit the road, in this case).

While it may look like a truck from the future, the slippery shape pays off in terms of drag coefficient and of course, driving range and performance.  Tesla claims that its Semi can hit 100kph from rest in just 5 seconds. That’s without a trailer, of course. But even if you attach a huge load to its back, it will still do the same feat in just 20 ticks.

More importantly, Tesla claims that the Semi will run up to 805kms on a single charge. And thanks to a host of charging stations at most truck stops, one can easily top up in a quick 30 minutes for as much as 645 more kilometers of driving.

The equally futuristic cabin gets a pair of touchscreens flanking the tiller. This helps the driver navigate safely, while autonomous mode can surely come in handy on those long stretches of highway. It’s all meant to deliver your cargo safely and economically.

Tesla says that the Semi will hit the production floor in 2019. 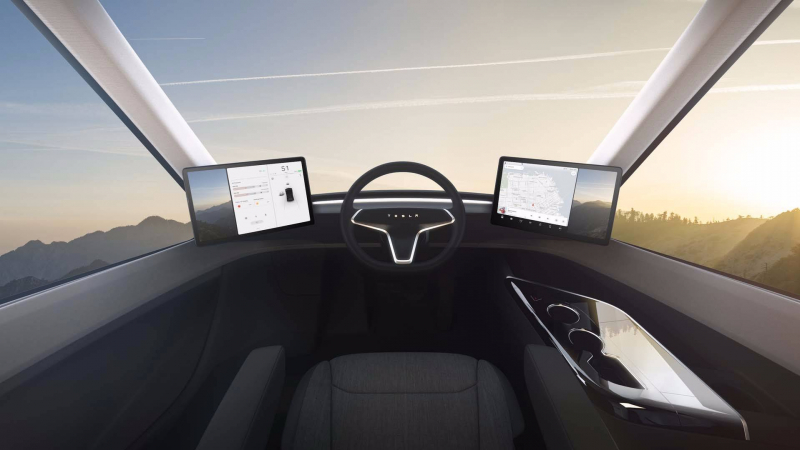 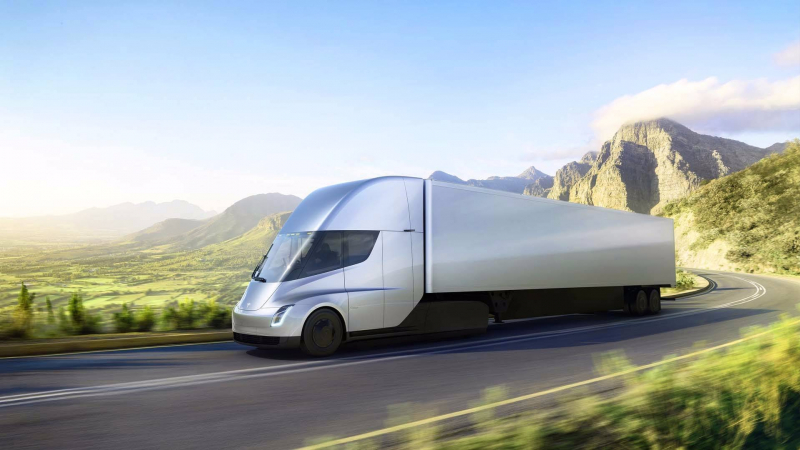