Vespa soon to roll out its first electrified model, the Elettrica

Italian motorbike maker Vespa, through its parent company Piaggio Group, has introlduced its first fully electric scooter called the Elettrica. It comes packed with state-of-the-art technology that’s geared toward conserving the environment and further solidifying the bond between man and machine.

Exterior-wise, the Vespa Elettrica exhibits nothing less than the brand’s iconic timeless design. Simply put; it upholds the elite Vespa models of yesteryears while giving its current-generation riders a slice of what would be the eventual design language of the modern Vespa – elegant and sleek.

Knowing Vespa, it would surely mold the Elettrica into a motorbike that follows its iconic design language. But what’s new is the brand’s venture into electric mobility.

With that being said, the Vespa Elettrica beats with an electric power unit that delivers 5 hp. Now, that may sound anti-climactic, but what this electric scooter lacks in power, it makes up for in pulling strength. That’s because it boasts 200 Nm of torque, which is more than capable of rivalling most small cars. 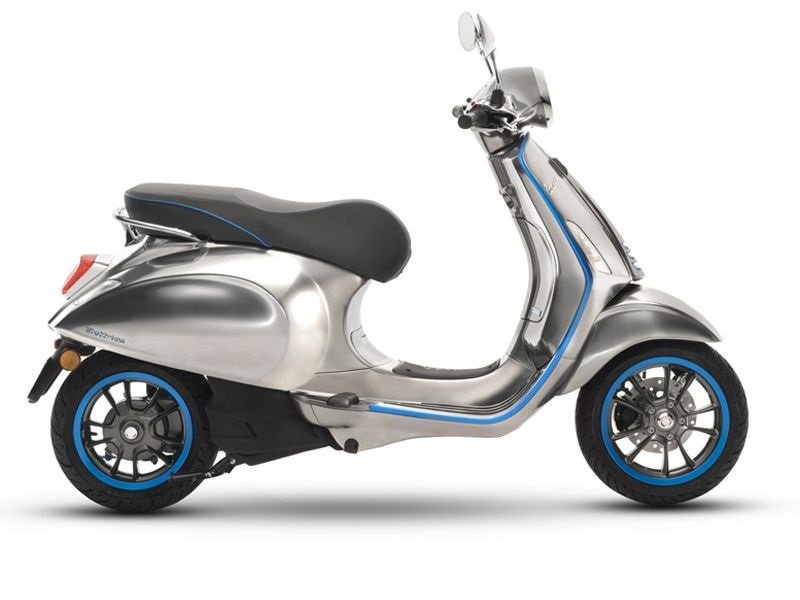 Best of all, this power unit gets its juice from that technological marvel called Kinetic Energy Recovery System or KERS. In brief, the KERS is an innovation derived from Formula One racing. It’s basically a kind of battery module that provides power to the vehicle through recovered energy as a result of braking. In simple words, it uses the motion (kinetic) energy from each and every time the rider applies the brakes in order to charges it batteries. In turn, the batteries would power the vehicle.

According to Vespa, this power unit makes the Elettrica as silent as ever on the road. In addition, it has a maximum range of 100 km per full charge. Best of all, it is almost maintenance free with up to 1000 full charging cycles that roughly translates to about 10 years of use in and around the city.

For the tech-savvy, the Vespa Elettrica comes with a completely new multi-media platform that the brand claims to highlights the connection between man and machine. This comes in the form of an infotainment system connects the smartphone to the vehicle, and can be managed through a 4.3-inch display. More of this tech is highlighted on the video below.

And that’s not all though. Vespa also thought of those riders who cannot simply let go of spirited riding experience provided by a petrol motor. In this case however, Vespa is paring the Elettrica electric scooter with hybrid-ish version called Elettrica X. To sum it up, the X comes with all the bells and whistles found in the Elettrica, but with the addition of a gasoline-fed generator taht’s said to save battery power and extend the scooter’s range up to 200 km.

Of course, Vespa is Vespa. That means the Elettrica and its X version is also covered by the brand’s tried and true service of allowing its customers to ride home the motorbike with style and accessory upgrades to make it truly his or her own.

Of note, Vespa says that it’ll be accepting pre-orders for the Elettrica and Elettrica X by first week of October exclusively through its global website. Sales in Europe will begin by end of October, and will eventually be spread worldwide by ealy 2019. Although still mum at this point, it’s most likely that Vespa Philippines will be coming up with a locally-spec’d Elettrica and Elettrica X soon, seeing the rising popularity of electric mobility here in the country.