Volvo has always been a company that cares for the people that use its cars. This can be clearly seen in the numerous innovations it has pioneered or placed in its vehicles over the years. The three-point seatbelt and other cutting-edge safety features are just some excellent examples.

So it’s no surprise that the Swedish carmaker is a staunch supporter of Asia’s Next Top Model host and judge Cindy Sirinya Bishop, who was in Manila recently for the launch of the #RespetoNaman campaign. The movement that aims to raise awareness against sexual harassment and violence against women had a series of exhibits at the Power Plant Mall until early December.

The drive, which is in line with Cindy’s own #DontTellMeHowToDress movement, showcased various exhibitions that aim to raise awareness about this dreaded social menace. And like the trendy supermodel and actress, the ride of choice to ferry Miss Bishop in and around Manila was the new XC40 small SUV.

Apart from Volvo Philippines’ endorsement of Miss Bishop’s worthy causes, Volvo Cars itself is committed to caring for women. It is an advocate of the United Nation’s Sustainable Development Goals, which advocates Women Empowerment and putting an end to crimes against women and children.

Apart from this, Omtanke, which is Swedish for “to think again”, essentially aims to do just that by letting women become part of top management—around 35 percent by the end of the decade. With this, Volvo hopes to change not only the way the industry sees women but also the way the world treats them. While it may not be able to change the world overnight, it is on the right track, one advocacy at a time. 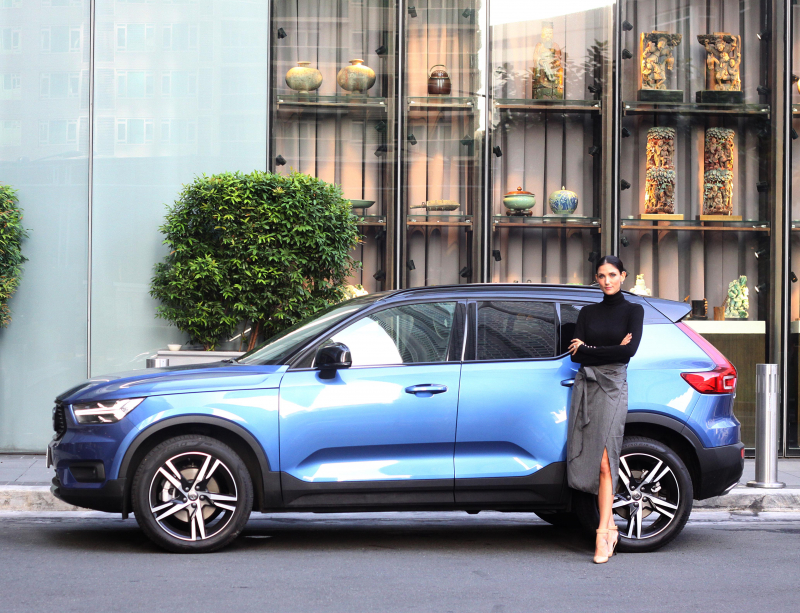